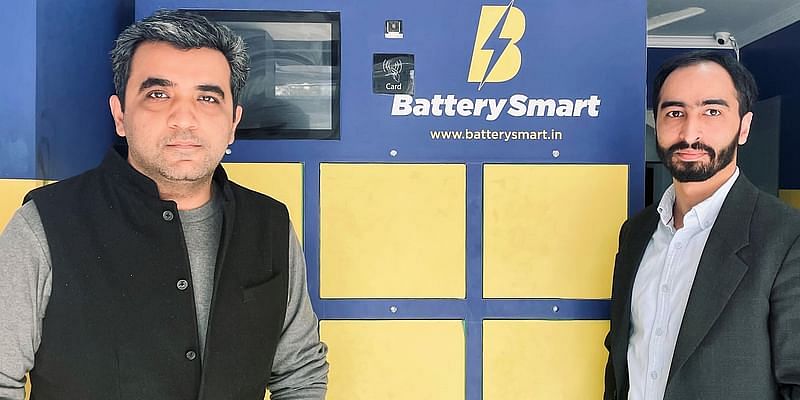 Delhi-based Battery Smart, which is building a network of EV-battery swapping stations for three-wheeled e-rickshaws, on Thursday announced the closure of its seed round of an undisclosed amount led by Orios Venture Partners, an early-stage venture capital fund.

“The earnings of e-rickshaw drivers is capped as they use lead acid batteries that need 10 hours of charging time and have a limited battery life of six months. With Battery Smart, we plan to change that. Now, they will have access to a retrofittable Li-ion battery-as-a-service solution that provides them with a ‘two-minute’ battery swapping facility,” said Pulkit Khurana and Siddharth Sikka, Co-founders, Battery Smart.

Founded in 2020 by IIT Kanpur alumni Pulkit Khurana and Siddharth Sikka, Battery Smart provides advanced Li-ion batteries to e-rickshaws on a membership basis, where the driver can stop at any of the startup’s partner swapping stations and get a fully charged battery against a discharged battery, and be back on the road to continue their business. For doing this, the startup said it partners with small local stores in high street neighborhoods along the high traffic routes. Its low-cost, compact and low maintenance battery swapping units can be installed at small shops and by individuals, enabling the shop owners to earn an additional source of income without any added labour or real estate cost, the firm added.

It has developed an integrated B2B technology platform over IOT to manage its network and monitor the utilisation and health of the batteries in real-time. Its small store partners are provided with smart chargers and a mobile app to efficiently run the swap operations at their premises.

“Sometimes we forget, we already have 2.5 million EVs in India, and that EV is the ubiquitous e-rickshaw! The e-rickshaw has become the preferred mode of first and last-mile commute in metros like Delhi-NCR as also the only short-distance shared commuting option in smaller cities all over North and East India. Battery Smart team is opening up 3X capacity for these e-rickshaws. This is a revolution in mobility for the masses and will change the face of short distance commuting in India.”

The Power of Being Vulnerable –

Want to know how the startup ecosystem works? Become the CEO of a startup for one day to know more