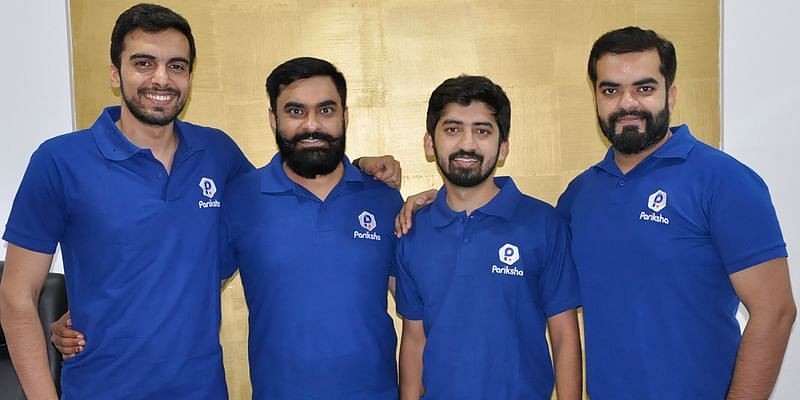 Pune-based edtech startup Pariksha on Wednesday said it has raised $2 million in pre-Series A round led by Bharat Inclusion Seed Fund, along with LetsVenture Plus, 9Unicorns, and Innercircle. Existing investors, including INSEAD Angels and Venture Catalysts, also participated in the round.

“With vernacular content on top of ever-evolving technology, Pariksha is poised to fuel the hunger for the success of crores of underserved aspirants. This round will help us shift up the gear, make the product more inclusive, and expand our reach with focus on using system intelligence. We are attracting huge interest from both domestic and foreign funds, including global financial institutions, and are in discussion with them to raise the next $10 million in Series A round of investment.”

Co-founded by Karanvir Singh, Utkarsh Bagri, Vikram Shekhawat, and Deepak Choudhary, Pariksha helps aspirants prepare for any government job exam in the language of their choice through synchronous and asynchronous online classes. The edtech platform has launched its operations across 11 states, in six languages, and claims to serve over three million users with over 100,000 paid subscribers.

“Online training and testing is a great equaliser. By providing access to the best training materials in local languages to a previously underserved segment, Pariksha is ensuring that they are able to compete effectively for jobs.”

“Pariksha is a good example of a startup that is truly ‘Building for Bharat.’ The intuitive nature of the app and the execution of the team has seen the company have a strong presence in 11 states and six languages, was all the validation that investors on our platform needed to participate in the Pariksha story,” adds Nimesh Kampani, President, LetsVenture Plus.

Twitter has to comply with new IT rules for digital media, says HC