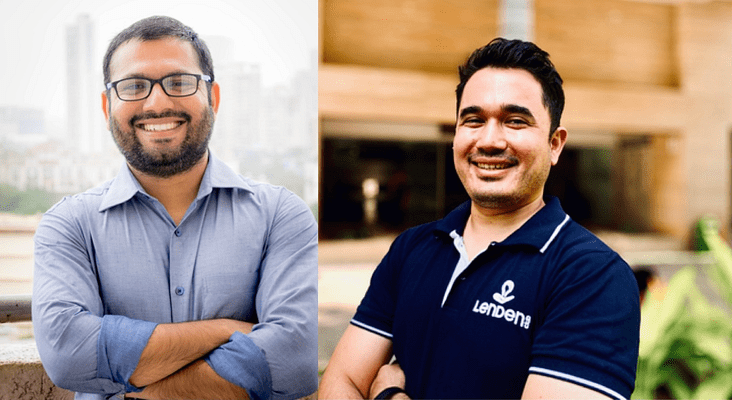 With the latest round, the fintech startup now stands at a valuation of over $51 million. It had earlier raised $1.5 million as part of its pre-Series A round led by Micro VC fund Artha Venture Fund – I, Transworld Group, and Shuchi Kothari of the DSP Group. The latest round brings LenDenClub total funding raised to $11.5 million.

As per the statement, the startup is eyeing to offer a host of financial services as the next frontier transitioning to a digital banking model.

The fresh capital will be used in aggressive expansion, taking its loan book growth to $1 billion and upscaling the user base to 10 million from the current 2.5 million by FY23. It is eyeing a 5x growth in disbursals in the next 18 months. It has an NPA of 3.95 percent, a fairly balanced figure in comparison to other players in the market.

Earlier this year, the company had announced to be the only player in the P2P lending space in the country to have turned profitable.

Founded in 2014 by Bhavin Patel and Dipesh Karki, the Mumbai-based platform currently claims to have over 2.5 million borrowers and one million investors/lenders pan India, and has registered loan disbursements worth more than Rs 2,000 crore, of which disbursals worth Rs 1,200 crore were achieved in the first six months of FY21-22 alone, thus reporting growth of 1,900 percent.

Moving forward, the startup aims to invest heavily in innovating and upgrading its platform to aid and upkeep the growth in its customer base whilst supporting all kinds of banking operations conducted on its platform.

“We have been constantly inventing products that yield greater returns for our investors and democratising credit while offering market competitive rates for our borrowers. Futuristic, customer centric-products and seamless digital experience offered by our platform backed by a focused market expansion approach, is what has aided the exponential growth of LenDenClub. The aim is to accelerate growth while maintaining profitability on operations,” says Bhavin Patel, Co-founder and CEO, LenDenClub.

Additionally, the company aims to enhance its leadership strength and is eyeing strategic C-suite appointments in pursuit of its expansion goals, besides increasing the operational team size by the end of the next fiscal. “We are eyeing fresh recruits for the role of tech, product, marketing, and customer service who will aid our growth plans,” he adds.

Speaking on the occasion, Anirudh A Damani, Managing Partner at Artha Venture Fund, said, “We are thrilled to see such a rich trove of investors backing a startup that we have seen grow from one to two loans a month, to doing 35,000+ loans. We are eager to see where this round of investment takes LenDenClub and the path that it charts for itself.”

An emerging asset class, P2P lending startups have been piquing investors’ interest over the past year. The segment has seen phenomenal growth in the last two years with the entry of newer and bigger fintechs like CRED and BharatPe, along with previous incumbents including Lendbox, LiquiLoans, Faircent, Finzy, RupeeCircle, and Lendingkart, which are engaging in more mature transactions and are coming up with newer products.

India has nearly 21 licensed and RBI-regulated P2P lending companies, with a combined outstanding loan book of around Rs 5,000 crore. Borrowers flock to P2P lending platforms as most banks and NBFCs have dragged their feet on disbursing personal loans to customers with relatively lower credit scores. On the other hand, lenders/investors are looking to diversify their investment portfolio further, but with limited exposure.

According to Market Research Consulting Firm – IndustryARC, the  India P2P lending market size is forecast to reach $10.5 billion by 2026, after growing at a CAGR of 21.6 percent during the forecast period 2021-2026.

At the HPE roundtable, investors and technologists discuss top technologies to invest in, moving to cloud with HPE GreenLake, and more