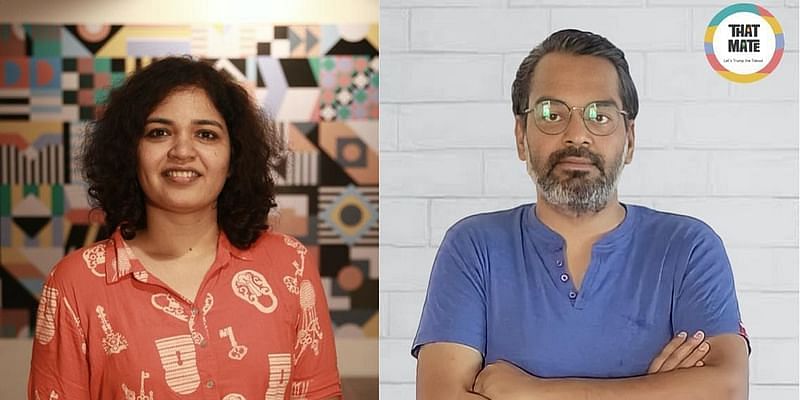 Pune-based sexual and mental wellness app for teens ThatMate recently raised $140,000 in angel funding from Rebalance Angel Community and a clutch of angels.

In fact, the Ministry of Electronics and Information Technology (MeitY) also invested in the startup as part of its TIDE 2.0 scheme.

“Growing up, I went through a range of challenges, both personal and social. Life would’ve been easier if I had someone to talk to without hesitation or triggering shame. We’re creating a safe space for teens designed to educate and support teens through self-discovery specific to their location, age, and culture. In fact, joining Rebalance Accelerator helped us reimagine the scale and impact of the problem we were solving offline, which pushed us to launch the app.”

Launched in 2020 by Madhavi Jadhav and Nishant Neeraj, ThatMate is bridging the gap in the sexual and mental health space for teens globally. It helps them make informed choices as they grow up.

ThatMate’s Android app acts as a friend that hears teens out and guides them through puberty, relationships, self-image concerns, peer pressure, and stress, among others.

“There are a few existing apps that tackle sexual and mental wellness, but none particularly focus on adolescents. With over 1.2 billion teens worldwide, the opportunity to shape young girls and boys beyond academics is huge! What we loved about ThatMate was that they’re choosing to prevent impending issues right from the onset rather than just offer remedies,” added Aishwarya Malhi and Vikas Kumar, Co-founders, Rebalance.

Since its launch in October 2020, ThatMate claims to have gained significant momentum across India. The startup has also partnered with the Jharkhand government and UNICEF to help six lakh students in the state.

Its AI-powered interactive bot Bolo answers all the questions teens cannot ask anyone.

“The pandemic is going to have a disproportionate impact on the mental and sexual wellbeing of teenagers. Young girls and boys are already feeling the impact of not being able to socialise with their friends/schoolmates and expressing it as frustration, depression, and irritability. ThatMate to me is an amalgamation of a fast-growing market, a determined team, and a great product,” said Premanshu Singh, CEO, Paytm Insurance.