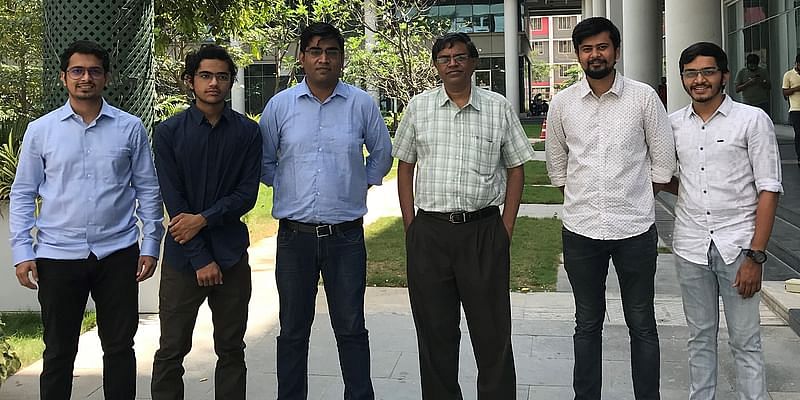 IIT Madras incubated Spacetech startup GalaxEye on Tuesday announced that it has raised a pre-seed round led by Speciale Invest.

According to a press statement, the fresh funds will be deployed to strengthen and build robust technology infrastructure, prototype development and build a world class team to help GalaxEye in accelerating the growth of space infrastructure in India.

Founded in 2020, GalaxEye is the brainchild of a few members hived out of Avishkar Hyperloop, a global competition organised by Elon Musk’s aerospace manufacturer and space transportation services company SpaceX.

Led by Suyash Singh, Denil Chawda, Kishan Thakkar, Pranit Mehta, Rakshit Bhatt and Prof. S. R. Chakravarthy, – Team Avishkar Hyperloop was one of the top 21 teams out of the 1,600 plus participants from across the world.

“We are committed to building the future of Satellite Image Acquisition globally. Our product would enable businesses to make better decisions and perform operations efficiently via Space Technology.”

He further added, “The funding we have received demonstrates the confidence Speciale Invest has in us. We look forward to an exciting next step for our company, and in the process, simplifying access to satellite imagery for the untapped sectors.”

“We have a strong belief in the founding team at GalaxEye (the only Asian team that made it to the SpaceX Hyperloop Pod Final Competition 2019). We have invested across the Indian spacetech landscape, and find the vision and approach of GalaxEye very different and disruptive. They would bring non-linear efficiencies in the (estimated) $400B satellite imagery market (2030), and disrupt the satellite’s unit economics”.

GalaxEye aims to launch the first satellite by early 2023. The company develops technologies that work in space, monitoring Earth and envisions to monitor outer space as well, while also accelerating the growth of space infrastructure enabling multi-planetary evolution.

It would majorly be a business-to-business (B2B) and business-to-government (B2G) entity, and will operate on a subscription-based Data-as-a-Service model, the startup said.

Insurance in the Metaverse

Looking back at India’s battle against COVID-19 pandemic

New Advocate-Facing Analytics: the Ultimate Trick to Recharge Your Program

“Prepping for this to be the biggest festive sale,” says Myntra CEO