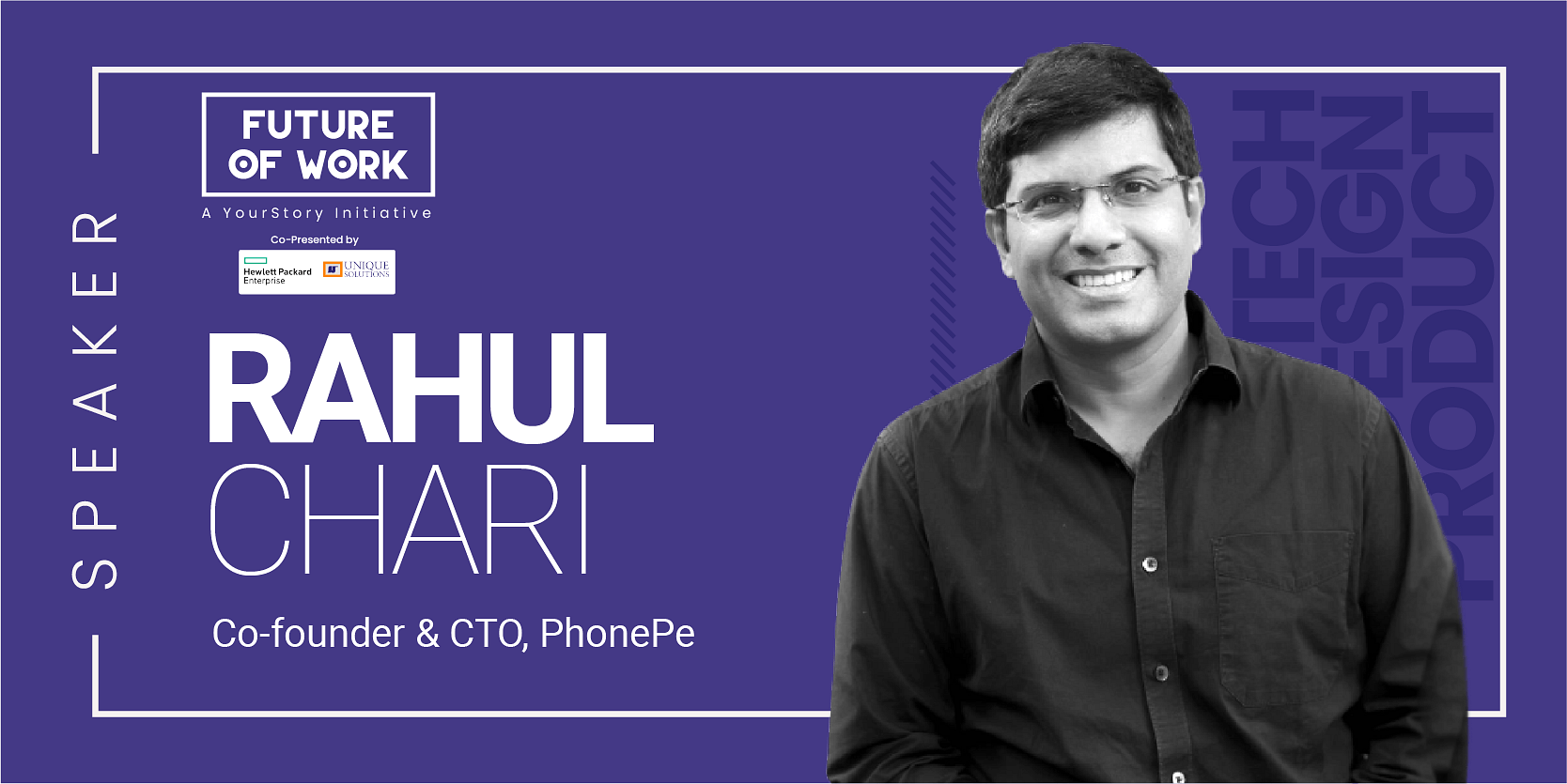 One of PhonePe’s biggest takeaways from the COVID-19 pandemic is that there is more to gain from rapidly investing across the urban and rural user base, than taking a serialised approach, starting from metropolitan areas, and then moving to lower-tier cities, which is the path most startups have followed till now, said Rahul Chari, Co-founder and chief technological officer at fintech giant PhonePe.

Rahul was speaking at YourStory‘s Future of Work event, the country’s biggest product and design conference, on Friday. The session discussed the way startups should think about design and tech while building, essential ingredients to ensure product scalability, what the fintech ecosystem needs from the government, and the future of fintechs in India.

Talking about what PhonePe has learned about itself coming out of the pandemic-related disruptions last year, Rahul said, fintech has, in many ways, become an essential service for the country, and that users in tier II and tier III areas are actually very eager to use digital payments now.

He added that PhonePe was invested in growing the number of merchants on its platform to 25 million by the end of 2021, from the 15 million the Flipkart-spun startup currently has, especially in lower-tier cities.

What has been working in PhonePe’s, and the broader digital payments industry’s favour, is the trickle-down effect and higher acceptance has on rural areas, or places where cash still rules the roost.

“For example, a lot of house-helps were getting their salaries through PhonePe or other apps like us. They then use our platforms to send money home too. So, in that way, the receiver network (i.e., the people who receive the money on payments apps) becomes important as the sender network and the receiver network has been rapidly growing towards Tier-II cities. That set then becomes your central network or the active users of the transacting user base for apps like ours,” Rahul explained.

He reiterated what PhonePe has been saying since the beginning of the year that it will hit the 500 million user mark by the end of 2022, or even earlier.

Rahul acknowledged that while the government is stepping in to ensure that products like PhonePe’s are able to scale quickly, as well as focussing on infrastructure and implementing best practices, there needs to be more intervention on the sustainability front.

“We’ve said this in the past also. I think MDR (merchant discount rate) —  that is the ability for payment players to be able to charge merchants for the services that we provide —  is extremely important because our investment is very, very high. It takes a fair amount of CAPEX and OPEX to be able to set up the kind of infrastructure we need to do tens of millions of transactions on a daily basis,” he said.

Fintechs have a much bigger role to play – not just in terms of enabling more financial inclusion for people, but also in driving the economy itself as people move from cash to digital, which has been happening rapidly ever since the pandemic, Rahul noted.

Reiterating what PhonePe has outlined before, Rahul said that the speed and reliability of transactions are two big focus areas for the startup, which recently spun-off from the parent company and ecommerce major Flipkart.

The Bengaluru-based startup is working towards giving better customer experience in terms of resolving issues in real-time, as well as personalising the user experience on the app. Mutual funds and insurance are two categories that have seen a lot of traction on PhonePe, and those are set to grow even bigger this year.

In parting, Rahul said there were two things he would advice all startup founders to think about right from the beginning:

Don’t get married to an idea.

Have a strong tech voice from the very beginning.

“In this world that we are in, where everything is tech, I think it’s extremely important you have a co-founder who’s a thorough techie. Or make sure that you have a very strong voice from a tech leader in your company very, very early on, because otherwise things like investing in building core tech systems, or making sure we’re prepared for scale always take a backseat if you don’t have a strong voice who is also a custodian of how tech is evolving in the company.”

How to Easily Make YouTube Shorts With Your Longer Videos