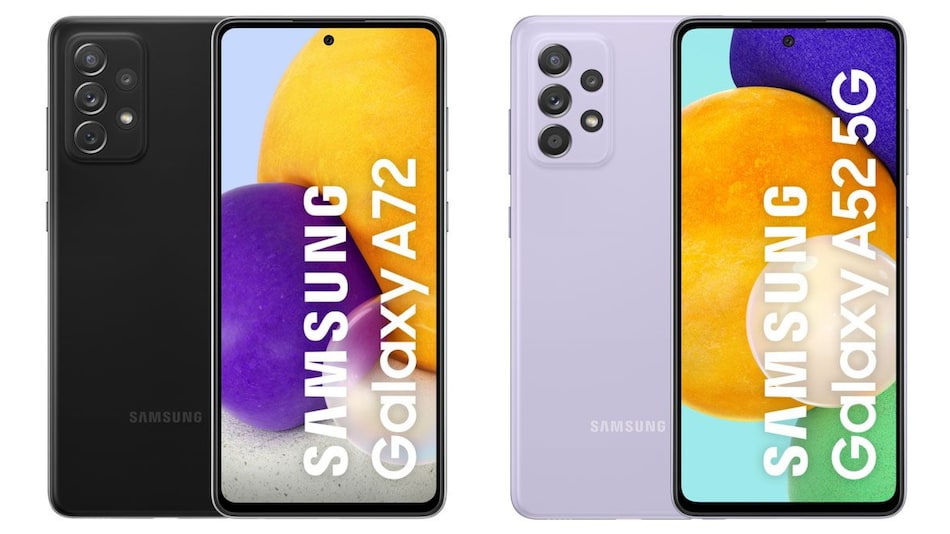 Samsung is hosting its second Galaxy Unpacked event for the year – the Galaxy Awesome Unpacked. At the launch event, Samsung is expected to launch two new A-series smartphones, namely the Galaxy A72 and Galaxy A52. The launch event is scheduled to kick off at 7.30 pm IST and will be streamed live on Samsung’s official social media handles. The event can also be viewed on the Samsung India website.

In what can be considered as proof of the impending launch, Samsung has already revealed the official designs of the Galaxy A52 5G and Galaxy A72 on its UAE and Hong Kong websites, as spotted by MySmartPrice. The report notes that the Galaxy A52 5G has been listed with model number SM-A5260 and SM-A526B on the UAE and Hong Kong websites respectively. The Galaxy A72 has been listed as SM-A725F on the UAE site.

As the design revealed, the Galaxy A52 5G appears to have a quad-camera setup at the back and the selfie camera has been placed at the center of the screen. Featuring a 6.5-inch Full HD+ AMOLED display, the model is going to be launched with a 90 Hz refresh rate. It is likely to have a 64 MP primary camera.

The Galaxy A72 is expected to sport a 6.7-inch Full HD+ AMOLED display with a 90 Hz refresh rate. It is also going to come with a 64 MP primary camera. Both the models are likely to run on Android 11 out of the box.

Over 82% of laptop issues in India are hardware-related, less than 18% related to software: Report- Technology News, FP