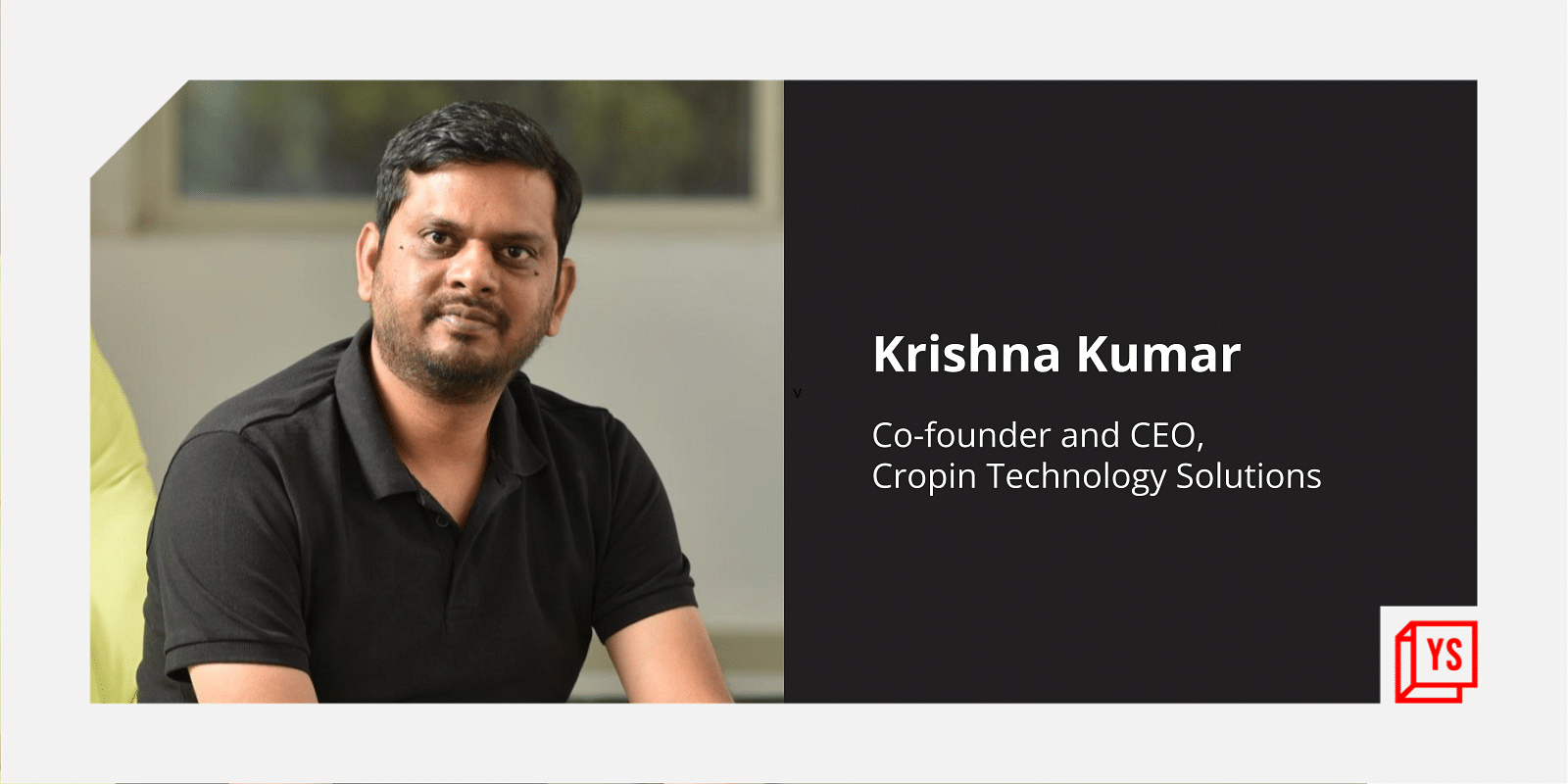 Agritech startup CropIn is set to raise $50-70 million as a part of its Series D funding round led by a large tech company and a foreign venture capital fund, Co-founder and CEO Krishna Kumar told YourStory.

The round, in which existing investors will also participate, is expected to be closed in 3-4 months, Krishna said. He declined to disclose the names of the new investors or say how much the company will be valued at for the fundraise.

The Bill & Melinda Gates Foundation-backed startup will use the fresh capital to beef up hiring and operations across its new subsidiaries in the US and Singapore, the CEO said. Last year, CropIn set up a subsidiary in the Netherlands to take its agri-tech solutions in the European Union region.

CropIn was last valued at $67.5 million, as per Tracxn estimates. With this new investment, the Bengaluru-based startup will have raised a total of $80-100 million.

CropIn is looking to hit the public markets in 4-5 years, the CEO added.

Founded in 2010, CropIn provides cloud software-based solutions to agribusinesses to help them maximise productivity using data. The startup has partnered with over 250 enterprise clients and says it has digitised 26 million acres of farmland across 56 countries.

The company recently launched CropIn Cloud, an industry platform with integrated apps for agriculture that allow users to access tools for machine learning, earth observation, and remote sensing so they can better manage crops and harvests.

CropIn was recognised as the Public Sector Startup Partner of the Year at the AWS Partner Awards, held recently at AWS’ global conference.

The company, which counts Intello Labs, Ninjacart and Gramophone among competitors, ended FY 2022 with revenue of nearly Rs 40 crore and annual bookings of about Rs 145 crore. Net revenue retention, which indicates how contribution from existing deals has improved, jumped 120% in FY 2022, according to the company.

Do not chase growth, focus on retaining existing customers: Vishesh Khurana of Shiprocket

Started as a B2B men’s apparel brand, SNITCH went the D2C route amidst the pandemic

RBI allows Centrum to take over PMC, re-launch it as a small finance bank in joint venture with BharatPe

Meet ‘the Stripe of blockchain’