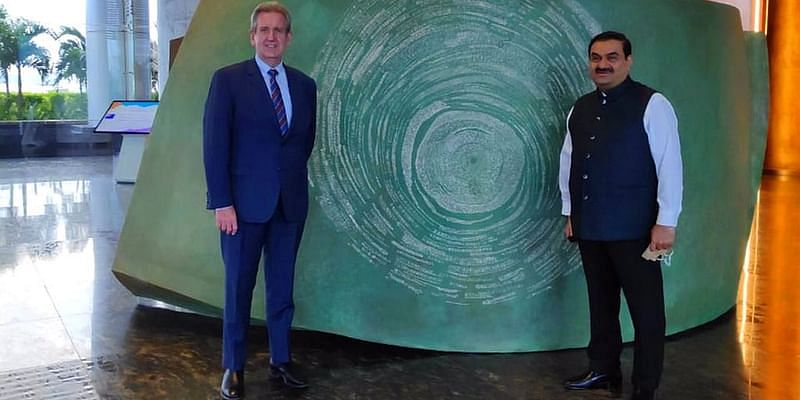 Indian billionaire industrialist Gautam Adani has surpassed even some of the richest men in the world and added more billions to his wealth in 2021 than any other leader. In doing so, the first-generation entrepreneur has been faster than even the likes of Jeff Bezos and Elon Musk in generating wealth. According to Bloomberg’s Billionaire index, Adani’s wealth rose by $16.2 billion in 2021 to $50 billion.

Adani’s rise can be linked to the record-breaking rise of the Indian stock market, especially the blue-chip stocks. His companies, which includes names like Adani Ports & SEZ, to Adani Green Energy, have seen a meteoric rise in valuation over the last year. The stock prices of most of his companies have continued to grow in 2021, with some of them experiencing an almost 50 percent increase. In fact, Adani Total Gas and Adani Enterprises have gained more than 90 percent.

The Indian conglomerate’s business arms include airports, coal mines, seaports, and now even data centres under its portfolio. His well-diversified business also covers segments like logistics, agriculture, and defence. In December 2020, Adani Group announced its latest venture with an investment in tune of Rs 2,500 crore to set up a ‘hyperscale’ data centre in Chennai. This marks a similar move to the technology domain as seen by Reliance Industries.

Adani has also seen a steady inflow of investment from prominent players like Total SA and New York-based private equity firm Warburg Pincus. New investment, along with steady growth of existing business thanks to new contracts, has boosted investor sentiments at Dalal Street.

Gautam Adani started his life as a diamond trader in Mumbai before setting up Adani Enterprises, his flagship project.

Make Your Coffeehouse’s Exterior Appealing with These Top Ideas

Startup Funding Continues To Tumble; Funding In May Falls 53% To Reach $1.6 Bn