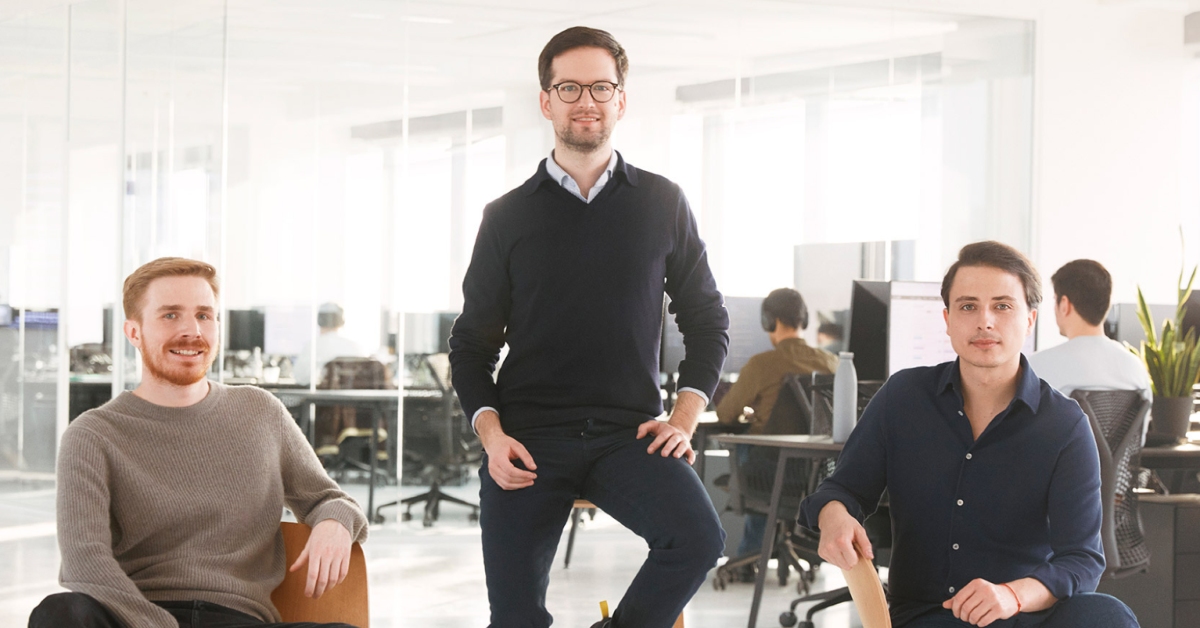 Berlin-based fintech firm Trade Republic, a mobile-only and commission-free broker for investment, has announced that it has raised $900M (approx €736.8M) in its Series C round of funding led by Sequoia Capital. This investment marks one of Sequoia’s largest initial investments ever in Europe.

The current round values Trade Republic at more than $5B (approx €4.09B), making it one of Germany’s biggest fintech firms by valuation.

Besides Sequoia, the round also saw investment from new investors including TCV, which has invested into consumer brands like Netflix, Spotify and Peloton until their IPOs and beyond, as well as by Thrive Capital, investors in Nubank and Oscar Health.

In addition, existing investors Accel, Peter Thiel’s Founders Fund, Creandum, and Project A also invested in this round.

Trade Republic reports that Europeans are currently facing challenges such as demographic change, negative interest rates, and inflation as compared to other industrial nations. Due to which European countries face a huge pension gap.

The company aims to help them invest money into capital markets with an easy-to-use and commission-free offering. By doing so, the company believes it is giving opportunity to many people who have missed out on participating in economic growth in the past.

Co-founder Thomas Pischke says, “Fifty per cent of Trade Republic’s customers, over 500K people, have never invested in capital markets before in their life. We empower people to start with wealth creation, who have been neglected by big banks for too long, with high fees and opaque products. With over €6B in Assets under Management, we are the core savings account for our customers.”

Hence, the proceeds from this round will be used by the company to help set up millions of Europeans for wealth creation with secure, easy, and free access to capital markets. And this ultimately will open up financial markets to help close the massive pension gap.

Speaking on how the funds will be used, co-founder Christian Hecker says, “We will use this funding to create the most innovative investment products for our customers, expand across Europe and attract the best global talent. We expect this to accelerate our growth so we can reach millions of Europeans and ensure that everyone has access to the simplest, most powerful financial services no matter who they are, where they are in their financial lives and how much they earn.”

Founded in 2015 by Christian Hecker, Marco Cancellieri, and Thomas Pischke, Trade Republic is a mobile-only and commission-free broker that brings the opportunity to invest easily. The company offers an ETF or fractional stock savings plan, which allows people to invest free of charge on a regular basis. The company claims to be Germany’s largest provider for these long-term investment strategies.

Co-founder Christian Hecker says, “At Trade Republic, we believe everybody should have the right to participate in economic growth. This requires an easy-to-use, accessible, and affordable savings platform that is open to everyone. Within just 24 months, we have empowered over one million people to put their money to work. For many Germans, French and Austrians, Trade Republic is the home screen app to manage their wealth.”

The company currently has a team of over 400 employees.

In addition to commission-free investing into equities, earlier in April 2021, Trade Republic launched commission-free trading in cryptocurrencies so that people can adjust their portfolio to reflect inflation and negative interest rates. Initially, Bitcoin, Ethereum, Litecoin and Bitcoin Cash are available to trade. The offer is being rolled out to more users in Germany.

Christian Hecker, one of the founders of Trade Republic, says, “In addition to savings plans, crypto stocks will play an important role in the future. The crypto market has developed strongly in recent years. At Trade Republic, we now combine crypto trading with the reliability as a broker with a German banking license to give more people access to cutting edge investment opportunities.”

Back in April 2020, the company had raised €62M in its Series B round of funding led by Accel and Founders Fund. It was one of the largest Series B rounds for a European fintech, which came only nine months after its Series A round.

What are the competitors upto?

Just last month, Amsterdam-based neo broker BUX raised $80M (approx €66.47M) in a fresh round of funding. Besides the funding, the company had also announced that its founder and CEO Nick Bortot stepped down from his post and the company’s COO Yorick Naeff was appointed as the new CEO. As for Bortot, he will still be involved with BUX but as a member of the non-executive board.

And prior to that in January 2021, BUX witnessed an explosive growth in the number of new user signups on its platform and echoed the popularity of Bitcoin with a significant increase in the number of Bitcoins traded. The company saw a 500 per cent increase in average daily trades in January 2021 compared to December 2020. In addition, a 50 per cent increase of new users since December 1, 2020, also was seen on the platform.

BUX is a neo broker and has been making it easy and affordable for Europeans to do more with their money since 2014. The company was founded by Egbert Pronk, Joost van de Wijgerd, Nick Bortot, and Robbert Bos. In July 2020, the company announced that it has become the largest neobroker in Europe.

Another competitor, Bitpanda, an Austria-based fintech has also raised funds recently. In March 2021, the company raised $170M (approx €142.56M) in its Series B round at a valuation of $1.2B (approx €1B) – becoming Austria’s first unicorn. It then raised an additional €10M as an extension of its Series B round, earlier this month.

It was founded in 2014 by Christian Trummer, Eric Demuth, and Paul Klanschek, and offers digital assets to users to facilitate the buying and selling of cryptocurrencies. The platform claims to remove complicated financial barriers through digitised assets and blockchain technology. It also offers low fees, 24/7 trading, and real-time settlements.

Prior to that in March 2021, Israel-based social trading and investment marketplace, eToro, had announced its plans to go public through a merger with special purpose acquisition company (SPAC) FinTech Acquisition Corp. V. With the development, the company is expected to be valued at $10.4B (approx €8.73B). The eToro Group consists of the eToro platform, multi-asset trading and investment venue, crypto wallet, and on-chain crypto exchange. The social investment network helps users choose which assets to invest in from commission-free fractional equities to crypto-assets and a choice of how to invest.

Besides, users can also trade directly themselves, invest in a smart portfolio, or replicate the investment strategy of successful investors on the platform at no extra cost. In 2020, eToro added over 5 million new registered users and generated gross revenues of $605M (approx €508.4M), a 147 per cent jump from a year earlier. In January 2021 alone, the company saw more than 75 million trades executed on its platform. The company reports that currently it has over 20 million registered users and its social community is rapidly expanding.

Remote Work, Not Taxes, Threatens Cities: Why That Threat has Peaked but Others Remain

5 Business Benefits of Incorporating Animation in Your Brand Strategy