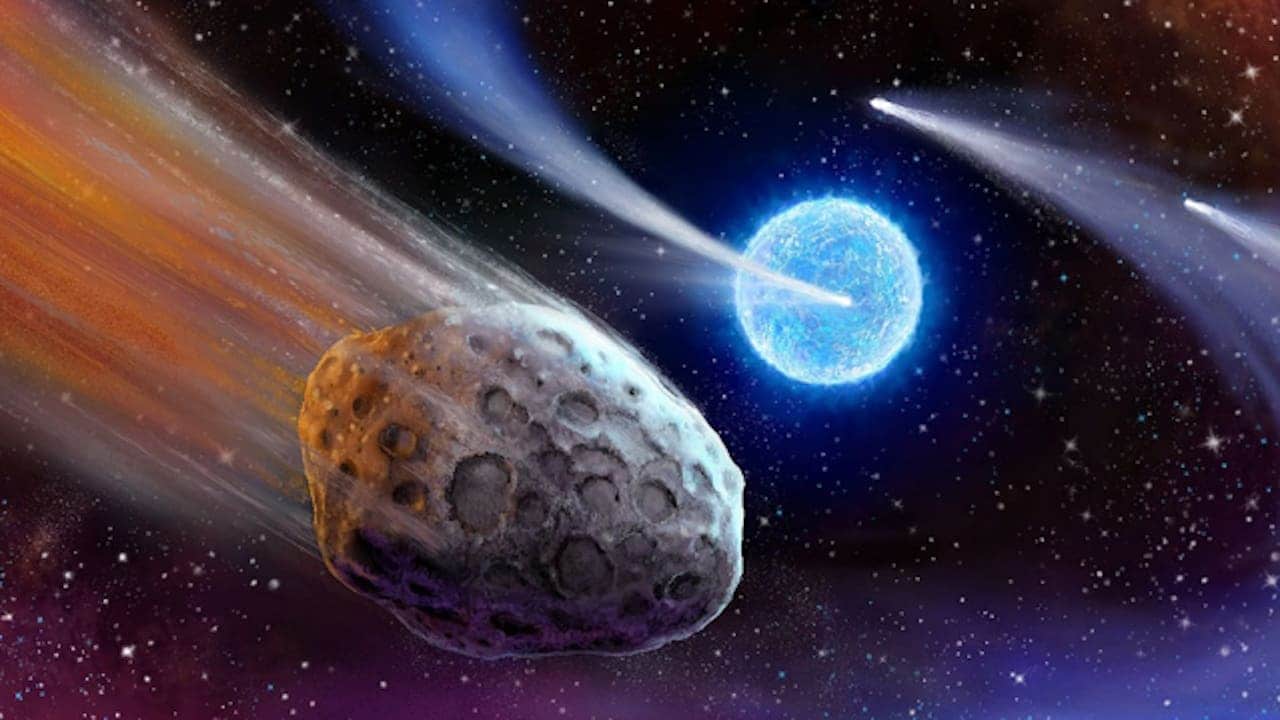 Space experts have discovered a giant comet in six years of the Dark Energy Survey (DES) data following a comprehensive search. The comet has never been exposed to our solar system and is estimated to be about 1,000 times bigger than a typical comet. It has been classified as a small planet because of its size. Two astronomers, Pedro Bernardinelli and Gary Bernstein from the University of Pennsylvania, came across this giant comet known as Comet Bernardinelli-Bernstein with the designation C/2014 UN271. This is a big find and has become the largest comet ever spotted in current times. A week after the astronomers noticed a new object in the sky, they began their research on the elongated orbit that was seen journeying inward from the distant Oort Cloud.

This huge comet first appeared in 2014 on the Dark Energy Camera, following which experts Bernardinelli and Bernstein realized that the object was something big and moving with time. They both traced it again in the years 2015, 2016, 2017, and 2018.

As per the findings, this comet has become the most distant one to be discovered by giving various years to researchers to watch it evolve as it approaches the Sun. It is 20 times the distance from our planet to the sun and is 62 miles (100 km) wide.

This comet will reach its closest point to the sun in its orbit on 23 January 2031, when it will be just beyond Saturn’s orbit which is about 10.95 times the distance between Earth and the sun.

The comet was found hidden among data collected by the 570-megapixel Dark Energy Camera (DECam). The camera is placed on the Víctor M Blanco four-meter Telescope at Cerro Tololo Inter-American Observatory (CTIO) situated in Chile.

The data study is backed by the National Science Foundation (NSF) and the Department of Energy (DOE). While the Community Science and Data Center (CSDC) at NSF’s NOIRLab (National Optical-Infrared Astronomy Research Laboratory) from the DES has curated the DECam science archive.

Twitter has asked some of its fired employees to come back, says they were fired ‘mistakenly’: Report- Technology News, FP

History and how the microblogging platform has evolved since 2006- Technology News, FP

What is space debris and how much junk is India responsible for?- Technology News, FP