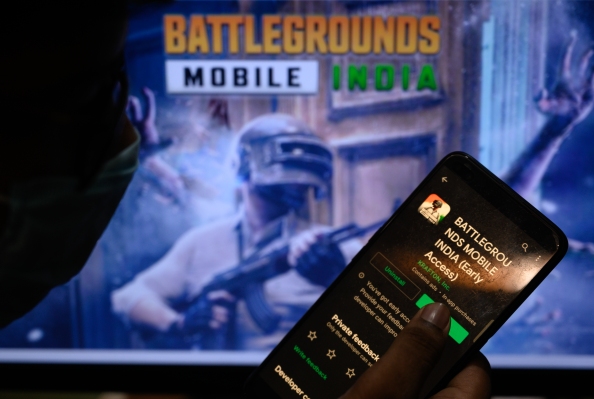 Hello hello! Welcome back to Week in Review, the newsletter where we do a quick rundown of the most-read TC stories from the past week. The idea: When you’ve had a busy few days, you should be able to skim Week in Review and still have a good idea of what’s up lately in tech. Want it in your inbox? Sign up here.

The most read story this week was about Battlegrounds Mobile India, a popular battle royale title that has found an audience of tens of millions in India. Players woke up to find the game suddenly blocked from both Google Play and Apple’s App Store by order of the Indian government. Why? That’s…not exactly clear yet, but Manish has the breakdown of everything we know so far.

New Gmail for all: Use Gmail? Don’t be surprised if it looks different soon. The company announced this week that the “Material You” interface overhaul it has been testing will roll out to all users in the coming weeks. Don’t like the new styling? For now, at least, you can find a toggle hidden in the settings menu to switch it back.

Instagram’s bad move(s): As best anyone can tell, TikTok seems to be eating Instagram’s lunch. Is the answer for Instagram to become more like TikTok? Recent updates — like a focus on full-screen video and more content from people you don’t follow — have made the Insta interface feel more and more TikTok-y…and, well, the complaints have been loud. Instagram is at least pretending to listen, though, and says it’ll be walking back many of said changes. Maybe.

Rivian layoffs: Rumors earlier this month suggested layoffs were looming at Rivian; sure enough, the company confirmed this week that it’s laying off around 6% of its workforce as part of a “restructuring plan.”

A penny for your prompts?: OpenAI’s DALL-E 2 can generate incredible art seemingly out of thin air, but sometimes getting the exact results you want can require some…finesse. This startup wants to “sell strings of words that net predictable results” on DALL-E 2 and other such systems. An interesting story made all the better by its oh-so-Seussian opening image, which I’ll note was created by an actual human (and a lovely one at that).

Meta shutters Tuned: Did you know Meta had a social app for couples? Probably not! Called Tuned, it was part of Meta’s New Product Experimentation efforts, and it seems this particular experiment is over. Meta announced this week that Tuned will go away on September 19. The app was meant to help couples communicate and “create a shared scrapbook” of photos/videos/etc. It doesn’t help that it was launched right at the beginning of the pandemic, when many couples probably had no trouble keeping in touch because they probably weren’t going anywhere anyway.

Is cutting your company’s internal valuation ever a good thing? Natasha and Anita focused on that question on Wednesday’s episode of Equity. Meanwhile, on Chain Reaction, Lucas and Anita chatted about Minecraft, saying, “No friggin’ thanks” to NFTs, and Lauren hopped on The TC Podcast to fill us in on why (as we learned last week) Netflix is bleeding customers.

3 views on Amazon’s acquisition of One Medical: Love it or hate it, Amazon is buying One Medical. Good thing? Bad thing? Alex Wilhelm, Walter Thompson and Miranda Halpern weigh in with their perspectives.

8 fintech VCs on how to pitch them: What are fintech investors looking for right now? Mary Ann Azevedo checked in with eight of the top investors in the space.

Could the CHIPS Act spark another U.S. startup renaissance?: The U.S. Senate clearly wants more semiconductor production happening stateside — but chip manufacturing is wildly expensive. Is this “potential cash injection” an opportunity for new startups to change the way it’s done? As Haje puts it: “Those weird theories you were studying as part of your PhD thesis? Now’s the time to dust ’em off.”

As Docker gains momentum, it hauls in $105M Series C on $2B valuation – TechCrunch

Mexican unicorn Kavak raises a $485M Series D at a $4B valuation. – TechCrunch

Ahead of IPO, Ola Expands ESOP Pool To INR 3000 Cr