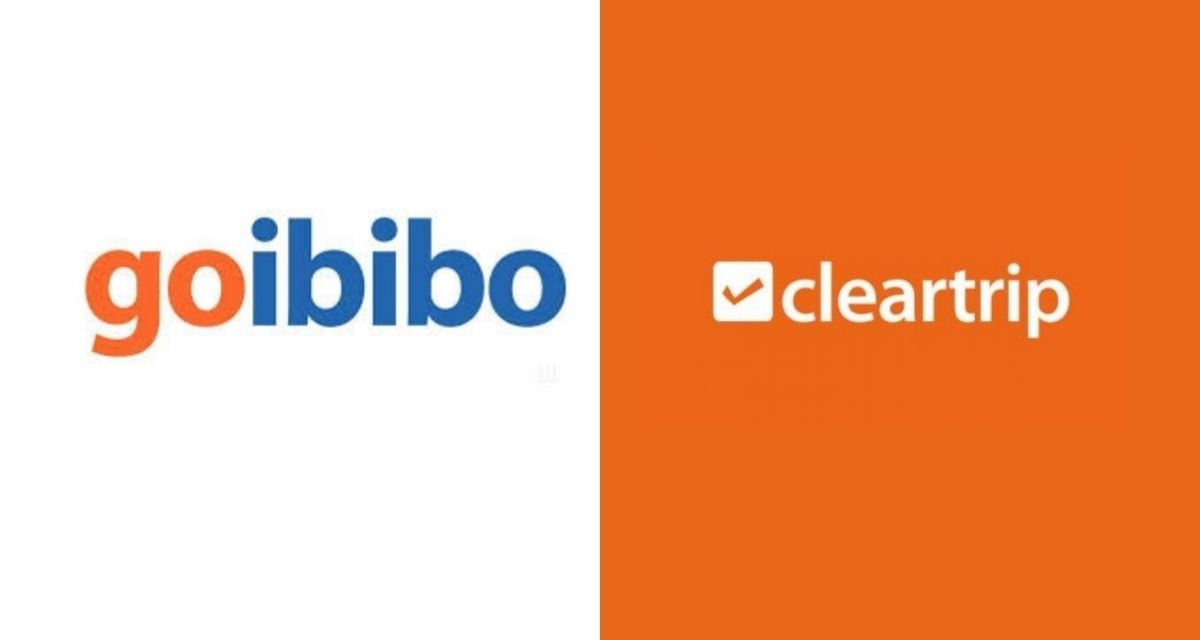 Goibibo reported a revenue of INR 1,595 Cr, whereas Cleartrip was at INR 318 Cr

Delhi NCR-based travel aggregator Goibibo India, which is owned by MakeMyTrip, has reported an 11% increase in its standalone revenue in the financial year 2020 that ended in March last year. The company earned INR 1,595 Cr in FY2020, of which 99% come through operations. With these figures, Goibibo has returned 5X higher income than fellow Indian online ticketing agent Cleartrip.

In FY20, Mumbai-based Cleartrip reported a 2.5% year-on-year drop in revenue at INR 318.8 Cr. The company’s operational income of INR 273.5 Cr fell by a drastic 10% in the fiscal, ahead of the lockdown which severely impacted the operations since April 2020.

Overall, 86.26% of Cleartrip’s turnover came through online travel agent services enabling booking of air tickets and the rest 13% came from the booking of hotel services.

While Goibibo outpaced Cleartrip in terms of revenue, both companies stepped out of FY2020 with reduced expenses as well as losses.

Both the companies started off their journey back in the mid-2000s. Cleartrip was founded in 2006 by Stuart Crighton, Hrush Bhatt and Matthew Spacie, whereas Goibibo was founded in 2007 by Ashish Kashyap. Goibibo signed a merger deal with MakeMyTrip in 2017.

Over the years, Goibibo has expanded its offerings across the travel tech segment, which explains its higher revenue relative to Cleartrip, which only enables flight, train and hotel bookings. On the other hand, Ibibo also operates bus ticketing platform redBus.in (acquired in June 2013), ride-sharing platform Goibibo Ryde, a SaaS solution for bus operators called YourBus, and agent-focussed travel tech platform Travelboutique.

The current financial statements, for both the companies, are limited to Indian operations, even as they are present in other markets such as the Middle East, South Asia and Southeast Asia.

Interestingly, in FY20, Cleartrip added the ‘Cleartrip for Work’ vertical for individuals travelling for work purposes. Announced in October 2019, the programme runs separately from the Cleartrip corporate travel management vertical.

At the time, the company’s senior vice president Balu Ramchandran had set a tall target for Cleartrip for Work. “In a 12-month timeframe, we have internal targets of getting up to $100Mn-$150 Mn GMV from this product,” he had claimed.

However, that target might have shrunk by a magnitude given the complete upheaval in the travel business in 2020.

The spending patterns of the two companies were starkly different as Goibibo spent INR 1,168.9 Cr for advertising and promotions, whereas Cleartrip added advertising expenses as a separate expense item for the first time (based on recent financials). The latter spent INR 59 Cr on ads and promos, which is a fraction of what Ibibo spent.

According to Cleartrip’s financial statement, the company is making “conscious efforts” to optimise cost. The company believes that its spending on advertising cost this year will create goodwill for its brand, “the benefit of which would accrue to the Company in the future years.”

Besides all this, Goibibo spent INR 74 Cr on the cost of material, while INR 193.9 Cr was listed under “miscellaneous expenses”, which included doubtful trade receivables, outsourcing fees, business support expenses, website maintenance charges and net loss on foreign exchange fluctuations.

Cleartrip, on the other hand, has added information technology expenses (INR 16.2 Cr) and legal professional fees (INR 23.19 Cr) to its list of key expenses. It managed to cut down its miscellaneous expenses by 40% to INR 110 Cr in FY2020. Miscellaneous expenses included credit card collection charges, other coat of services, commission and brokerage, foreign exchange loss (Net), the procurement cost of tour packages and others.

As both the companies have shown steady performance in FY2020, there is no doubt that the FY2021 statements will not be as smooth. The entire tour and travel business had come down to its knees as the world started to step into a covid-induced lockdown and travel restrictions. Even the big guns like MakeMyTrip and Yatra couldn’t help but report a financial downturn.

Helpful Tips If You’re Thinking of Expanding Your Business

Zomato Shuts Down South African Operation After UK & US Subsidiaries