Google Maps will now help you plan your trip better with a new feature that’ll add up toll amounts on your route. So you can choose the option that’s cheaper or has no tolls.

The feature is available for users — both on iOS and Android — in the US, India, Japan, and Indonesia, with support for more countries on the way. Previously, Google Maps used to just show you if a particular route has tolls.

The firm has collected toll prices from local authorities for nearly 2,000 roads in those countries. Given the vast network of roads in these regions, it’s not much, but at least it’s a start.

“We look at factors like having a toll pass or not, what the day of the week it is, along with how much the toll is expected to cost at the specific time you’ll be crossing it,” the company said in a forum post.

“You will have the option within settings to show toll prices with or without having a toll pass–as in many geographies the price changes based on the payment method you use.”

The toggle to see toll prices is on by default, but you can change it under Settings> Navigation> See Toll Prices. 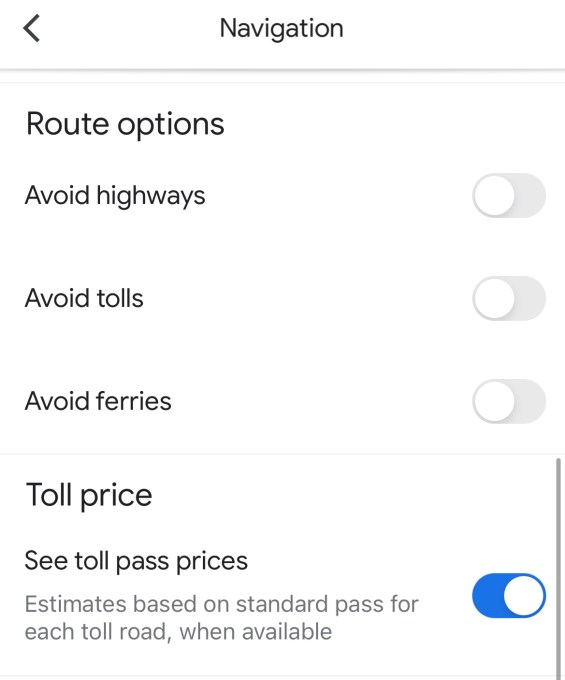 The company first announced this feature back in April. But we’ve seen tweets about the feature rolling out to users just in the last few weeks. Google Map’s new forum post confirms the wider availability.

Last week, the app made it easier for you to check Air Quality Index (AQI) in the area you’re visiting.