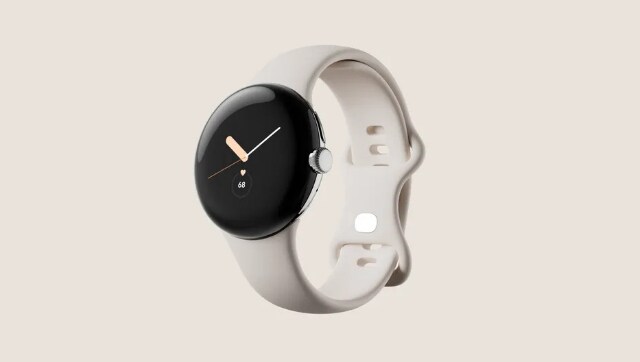 The price of the Google Pixel Watch has leaked online. It is also being reported that the first, proper wearable devices from Google will be launched alongside the Pixel 7.

Google has conspicuously been absent from the smartwatch scene for all these years, with no device of their own. Well, they plan to change that this year, when they launch the Google Pixel Watch. Naturally then, tech enthusiasts are a bit excited to see what exactly Google will be bringing to the table with their smartwatch, after acquiring FitBit, the people who made smartwatches and fitness trackers what they are today.

Leaks about the smartwatch continue to pour in since Google made it official at this year’s I/O event in May. It was said that the upcoming Pixel Watch will be running on the latest version of Wear OS and will have a circular display., Now, it seems that details of the upcoming smartwatch have started appearing online.

A report by 9to5Google says that the cellular version of the upcoming Google Pixel Watch will cost $399 or roughly Rs. 31,750 in the US. A Wi-Fi and Bluetooth model will also be available, as per the report, but the prices of those devices have not been leaked.

Google may be looking for partnership deals with service providers and retailers to bring the price down, and may even be offering some seriously lucrative launch deals to get to as many potential customers as they can.

The Google Pixel Watch will be running on the latest version of WearOS. It will have a circular display with very thin bezels, curved glass protection, and a stainless-steel build. The wearable will also support Google Assistant, Google Maps, and Google Wallet.

It will also feature heart rate tracking and sleep monitoring. The Pixel Watch will also work with the Find My Device app to help users locate their misplaced Pixel phone, earbuds, as well as other supported devices.