Drones, except nano unmanned aircrafts, shall be eligible for third party insurance and compensation in case of damage 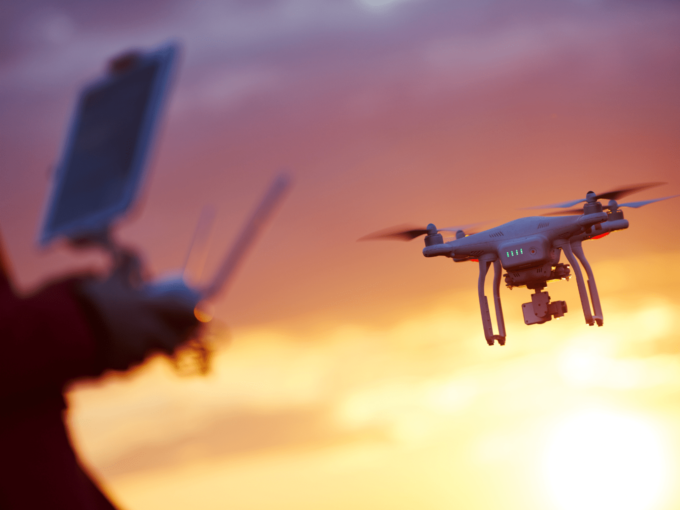 The Ministry of Civil Aviation today released the Drones Rule 2021 post-amendment of the draft released on 15 July replacing the Unmanned Aircraft Systems Rules 2021. The new rules will apply to drones registered in India, being operated for the time being in or over India and to all the persons owning, engaged in leasing, operating, transferring or maintaining drones in the country.

With exception to drones weighing more than 500 Kg, Aircraft Rules, 1937 shall no more apply to drones in India.

Under the amendment, drones — except nano unmanned aircraft systems — will now fall under the provisions of the Motor Vehicles Act, 1988 (59 of 1988) and will be eligible for third party insurance and compensation in case of damage to life and property.

The drone certification process will be a two to three-month process. No individual can operate an unmanned aerial system unless and until the design of the aircraft and its parts are approved via the issuance of a type certificate from the Quality Council of India (QCI) or an authorised testing entity.

Under the process, preference shall be given to Made in India technologies, designs, components, and unmanned aircraft systems. Along with it, systems with Indian regional navigation satellite systems, namely navigation with Indian constellations shall also have an upper hand.

The proposal submitted by an individual or entity shall be examined by QCI or authorised entity and submitted along with the requisite recommendation to the director-general (DG) within 60 days of the submission. Subsequently, the DG shall issue the type certificate within 15 days of receiving the report.

Though the certification process keeps a keen eye on the safety of the aerial systems, there are no specified mandatory safety features, except that no one is to be permitted to alter or remove hardware and firmware, devising a real-time tracking beacon that specifies the drone’s location, and geofencing capabilities.

The notice, however, does hint at the central government announcing more safety features in the future with a six-month lead time for industry compliance.

According to the The Drones Rule 2021, manufacturers and importers of unmanned aircraft systems along with a model remotely piloted aircraft system (made for research or recreation purposes) and nano systems are not required to DCGA clearance anymore.

In case of failure to comply with the rules/violations, a maximum penalty of INR 1 Lakh shall be levied.

While it is an individual’s responsibility to ensure that one’s drone conforms to the valid type of certification, any person who intends to register and obtain a unique identification number will have to make an application on Form D-2 on the digital sky platform for a nominal fee of INR 100 with the requisite details.

This is a major change considering the government has reduced the number of forms from 25 to Four. It has also come down from 72 different types of fees to four fees, namely issuance of certificate; issuance, transfer or deregistration of unique identification number; issuance or renewal of remote pilot licence (from INR 3000 to INR 100); and authorisation or renewal of authorisation of remote pilot training organisation.

In addition, the Drones Rule 2021 has abolished the need for type certificates, unique identification numbers and remote pilot licence by R&D entities operating drones in their own or rented premises, located in a green zone. Plus, now there is no restriction on foreign ownership in Indian drone companies.

Where Can The Drones Fly?

In the coming month, the government will release an airspace map for drones on its digital sky platform which will segregate the entire airspace of India into red, yellow, (restricted zone for unmanned aircrafts) and green zones, with a horizontal resolution equal or finer than 10 M.

No flight permission will be required up to 400 Ft in green zones and up to 200 Ft in the area between 8-12 km from the airport perimeter.

The map will be developed such that it can be accessed through an interactive machine-readable application programming interface on which drone pilots can plot their proposed flight plans and easily identify their zones. This will help them fly without the need to make an application or approvals.

But before commencing a drone operation, a remote pilot will mandatorily have to verify the digital sky platform for notification or restriction for the area he intends to fly in.

The government may update the airspace map on digital sky platforms for drones operations from time to time to change the status of an area from one zone to another. The change shall be made within seven days after the date of the update.

How Can One Fly?

Individuals can avail their remote pilot licenses from the digital sky platform within 15 days of clearing seven days of training programme and series of tests.

What Else Does The Government Have In Mind?

To promote the adoption of drones, the government plans on incorporating an Unmanned Aircraft Systems Promotion Council, which will aid the development of business-friendly government policies. It also plans to set up a drone promotion council with participation from academia, startups and other stakeholders to facilitate a growth-oriented regulatory regime.

We want your pitch decks! – TechCrunch