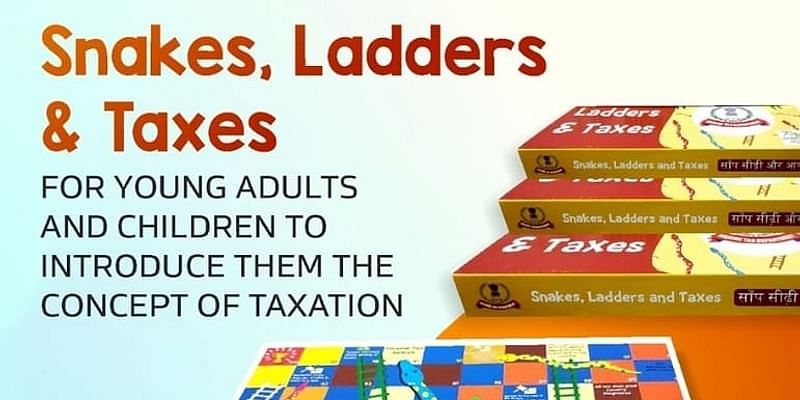 The Central Board of Direct Taxes (CBDT) has announced it is adopting a novel method of reaching out to children at an early age to teach them about tax literacy.

Using “play to learn” methods, the CBDT is planning to launch board games and comic books to interest kids on the topic.

Finance Minister Nirmala Sitharaman launched the initiative amid a series of communications and outreach products aimed at spreading financial and tax awareness at the Closing Ceremony of the Azadi Ka Amrit Mahotsav Iconic Week in Panjim, Goa.

Terming the next 25 years, she said the youth of India would play a large role in “shaping the new India”. The Minister also distributed the first sets of the games to select school students present at the event.

She showcased four products that the CBDT is ready to launch under this policy. The first is a version of snakes and ladders where players progress via good and bad habits regarding tax habits and financial transactions.

The CBDT will also be launching two novel India-focussed board games—Building India and the Indian Gate – 3D Puzzle games. The former will use memory cards while the latter will use a 3D building structure built with correct answers.

A range of digital comic books was also announced that the agency hopes to distribute among students. These comics were made in collaboration with Lot Pot Comics.

Initially, these products will be distributed to schools within the income Tax Department’s network. The government is currently in talks to have them distributed via bookstores as well.

How to Use Facebook Business Manager: A Complete Guide –

[Funding alert] Pune-based Keito raises seed round from LetsVenture, others