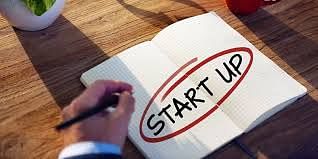 As many as 44,534 startups have been recognised by the Department for the Promotion of Industry and Internal Trade (DPIIT) as of February 24, 2021, the Parliament was informed on Wednesday.

In a written reply to the Lok Sabha, Minister of State for Commerce and Industry Som Parkash said the Startup India is a flagship initiative of the government launched on January 16, 2016.

The initiative aims at fostering entrepreneurship and promoting innovation by creating an ecosystem that is conducive to the growth of startups.

“Since the launch of Startup India initiative, a total of 44,534 startups have been recognised by the DPIIT as on February 24, 2021,” he said.

The recognised startups are eligible for several benefits, including tax exemptions besides other support measures, under the Startup India initiative.

As many as 339 startups have been granted income tax exemptions till January 2021.

In a separate reply, he said startups are eligible for an 80 percent rebate in patent filing fees and 50 percent on trademark filing fees.

In another development, as many as 6,000 compliance norms have been identified so far at the state and central level, and the work is going on to reduce these barriers to further promote ease of doing business for the industry, a top government official said earlier this week.

Guruprasad Mohapatra, Secretary, DPIIT, said that a systematic exercise across the centre and states is being undertaken to eliminate or reduce compliances, which have an adverse impact on the time and cost of businesses.

How Chicago is changing who raises early-stage venture capital – TechCrunch