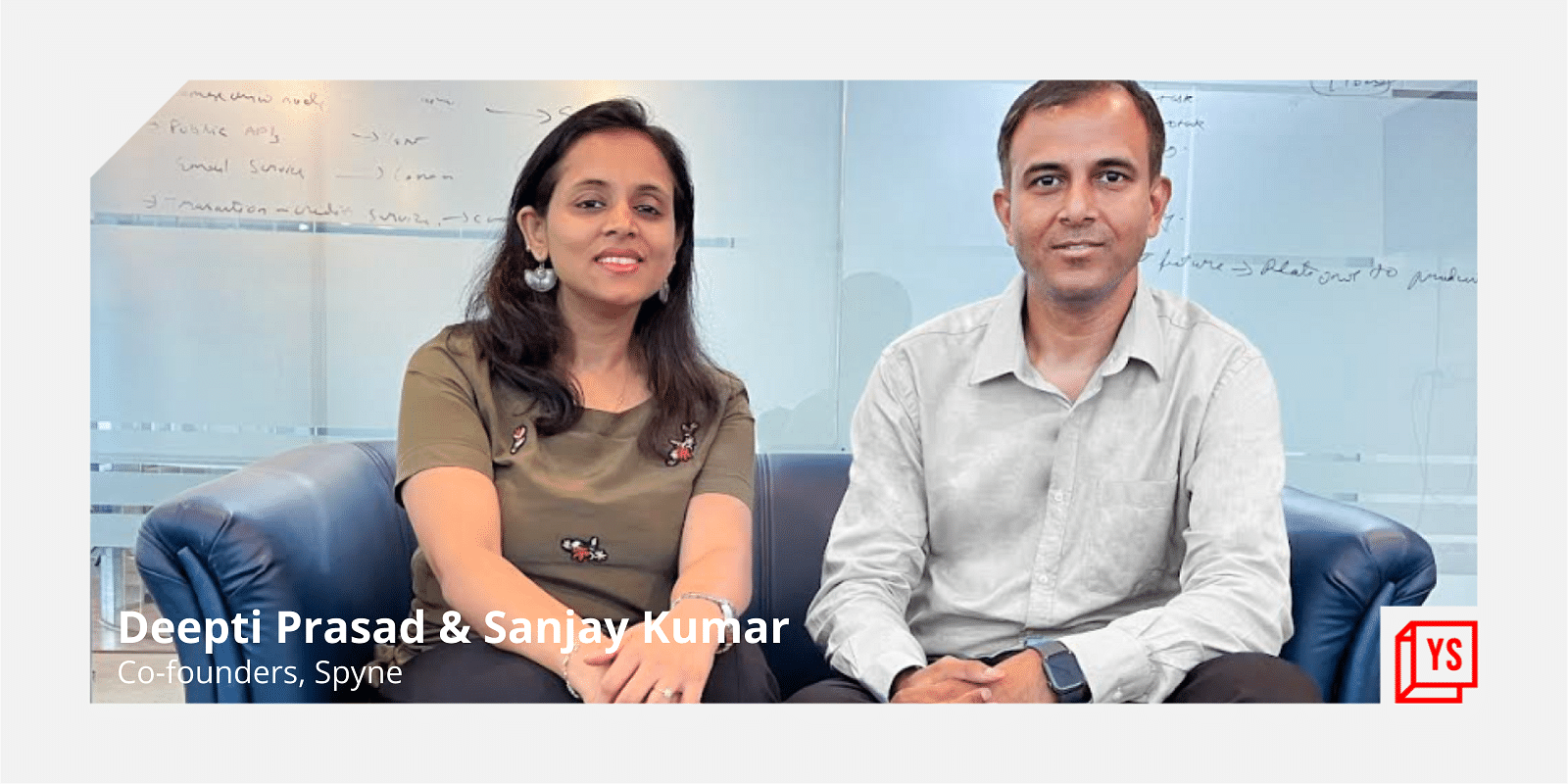 While working in the photography space and interacting with hundreds of photographers and editors, husband-wife duo Sanjay Kumar and Deepti Prasad found that the production of images for ecommerce catalogues was not only expensive but also took weeks to complete.

Businesses had to first hunt for a photographer, complete production, and then upload it to online marketplaces, which led to delays and overheads.

To solve this problem, the duo launched deeptech startup ﻿Spyne﻿in 2018.

According to the startup, users can upload images on the Spyne app and use various category-specific AI filters to get the final images instantly on the app for review. Although these images are watermarked, they enable users to assess the final quality.

Once a user is satisfied with the output quality, he/she can unlock and download final non-watermarked HD images by paying for the final image.

The price per image varies based on the product category and ranges from Rs 10 to Rs 25 per image. Earlier, businesses had to shell out Rs 50 – Rs 60 rupees per image while the cost of shooting a product was around Rs 250 – Rs 300, taking an average of five images per product.

SDK stands for software development kit. Businesses can embed Spyne’s functionalities in their current mobile application via SDK provided by the startup.

“Spyne’s product is built on computer vision technology and AI. These Computer vision models require millions of data to train its AI algorithms to be able to deliver the output that matches with the real-world studio outputs. Our tech team has solved more than 25 problems to achieve the near perfect studio-image output at the click of a few buttons,” Sanjay explains.

The startup says its AI solution for cars (auto) was launched in June 2021. “This product is in a mature state now and we have 22+ enterprise businesses in India and global markets,” the co-founder adds.

Spyne claims that it is currently serving more than 80 customers including Amazon India, Flipkart, Karvi, and OLACars among others. Its international customers are spread across the US, UK, Brazil, Argentina, Dubai, Malaysia, Singapore, and Thailand among others.

Currently, Spyne provides its services in ecommerce, automobiles, food, and fashion sectors. Over the next three to six months, it plans to tap into footwear, fabric, furnishing, and real estate.

IIT Kharagpur alumni Sanjay spearheads the strategic goals of the startup. He has over a decade of experience in building and scaling large product and R&D teams. Prior to laying the foundation of Spyne, he led major initiatives at ﻿Amazon﻿, OYO, Rocket Internet, and Yatra and launched multiple successful products at global scale.

Deepti is an economist turned entrepreneur. At Spyne, she drives marketing, branding, and growth initiatives for the company.

Prior to co-founding Spyne, Deepti started Eventila in 2015 which was a photographer discovery platform and wedding planning blog in India. Working with photographers, exposed her to the operational challenges faced by the photography and creative community that led to the ideation of Spyne.

Deepti holds a master’s degree in Economics from the Delhi School of Economics.

“Currently we are a team of over 120 people and we are targeting to grow to 200 in the next six months. Before we raised funding, we were a team of 50+ people and have already grown 4x in the last five months,” states Sanjay.

Spyne was started with an initial investment of close to Rs 1 lakh (about $1,200) by the founders. It has so far raised $8 million so far.

In April this year, it raised $7 million in its latest funding round led by ﻿Accel﻿. The funding round also witnessed participation from other marquee investors including ﻿Storm Ventures﻿, ﻿ Smile Group﻿, ﻿Pentathlon Ventures﻿, ﻿Core91﻿, and prominent founders/CXOs from leading Internet companies.

The startup says the fresh capital will be used to acquire the right talent, bolster global expansion including the US market, and to set up a computer vision lab for deeper R&D in space. The brand also intends to expand its technological horizons into the field of AR/VR to build products for Metaverse and Omniverse.

“Spyne was a profitable company before entering into the next phase of growth that came with the recent funding round. We are currently at $1 million to $2 million revenue and looking at growing to $5 million revenue by the end of this year. We are confident that we will become profitable in the next one year,” says Sanjay.

Talking about the monetisation process, Sanjay says, “We charge a one-time Platform Setup Fee for enterprises and Transaction Fee for every image processed. We have volume-based pricing, where the businesses/enterprises can buy image credits directly from the website or by contacting us.”

According to Sanjay, ecommerce cataloging is a huge $40 billion+ industry.

The startup claims that it competes with the likes of Meero, ocus, Boom, and Snapper among others.

“Ecommerce photography is a fragmented industry. There are large established companies in the space, primarily from the EU and US regions, which are going deeper into the photography space and have recently raised large funding rounds,” mentions Sanjay.

On future plans, Sanjay states, “Right now our approach is enterprise first. We want to launch our product for B2B2C at least for specific categories (ecommerce, fashion, food, automobiles) in the next one year. Our long term goal is to integrate our AI camera application via SDK integration with all the major marketplaces in India and abroad.”