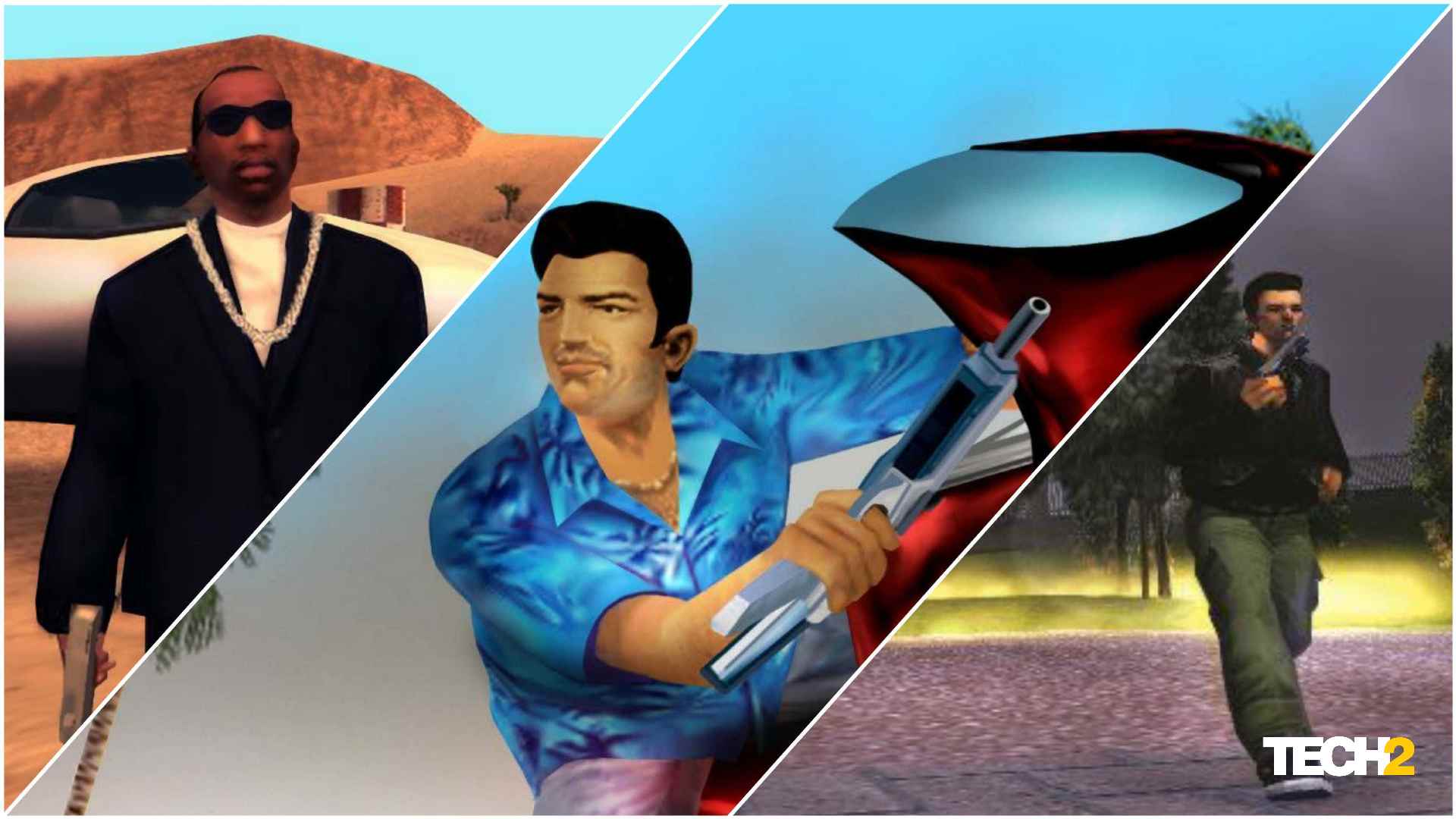 According to the report, Rockstar is remastering Grand Theft Auto: Vice City, Grand Theft Auto III, and Grand Theft Auto: San Andreas, with Unreal Engine. The new versions of these games are said to have a mix of ‘new and old graphics’, an updated UI with the classic icons, which will ensure the newer renditions stay true to the PS2-era GTA games. Remasters of the iconic GTA games will retain the look and feel of the original titles. Image: Tech2/Amaan Ahmed

The report says the three GTA remasters are currently in their final development phase. According to the sources cited, Rockstar Dundee, a Scottish studio, has taken up the charge of developing the remastered games and the next-gen GTA V ports to be launched later this year. Dundee has previously worked on Crackdown 2, Crackdown 3 and assisted the development of Master Chief Collection.

Initially, Rockstar had these re-releases packaged together to be given to players who purchased the upcoming next-gen ports of GTA V and GTA Online as a bonus or ‘thank you gift’. With the change of plans, the remastered titles are scheduled for launch in late October to early November for PS4, PS5, Xbox One, Xbox Series X/S, Switch, PC, Stadia and mobile phones.

PC and mobile ports may be scheduled for a release next year, as the company may develop the console ports first. The three games may be released in one package to be sold digitally. Rockstar also has plans to develop new ports of classic games such as Red Dead Redemption. However, this decision will be dependent on the sales of the GTA re-releases.

For now, Rockstar only has plans for remastering the Grand Theft Auto games and the GTA V next-gen ports. The games are expected to be launched later this year on a variety of platforms, including the Nintendo Switch handheld console.