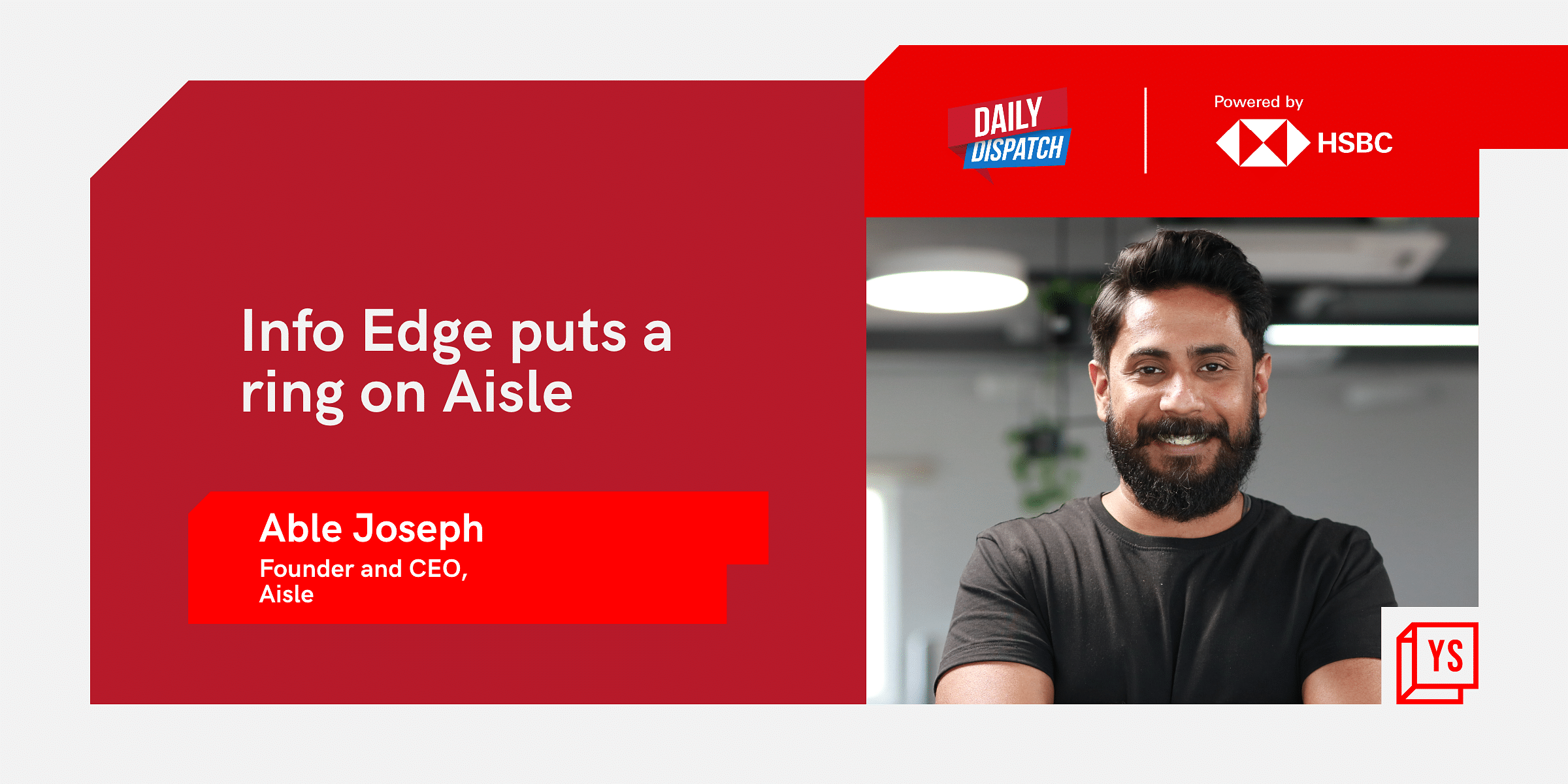 On Tuesday, Delhi-NCR-based ﻿Info Edge﻿ acquired a 76 percent stake in Aisle after investing Rs 91 crore, making it the single largest stakeholder in the dating company.

Talking about the deal, Able Joseph, Founder and CEO, Aisle, said the company was always on the lookout for a partner that could help it reach its potential and compete with market leaders.

Post this deal, Able will continue to lead the company with support from Info Edge’s ecosystem. Moreover, Aisle and Info Edge will frequently exchange knowledge and work together to scale the business.

“We are yet to figure out how we will collaborate, but we’ll be working independently, and we’re just going to be scaling,” Able said.

Aisle aims to expand pan-India, including Tier II and III towns and cities, along with the NRI market.

Over the years, as these regions became more tech-savvy, Aisle launched several vernacular dating apps, including Arike for Kerala, Anbe for Tamil Nadu, and Neetho for Telangana and Andhra Pradesh.

“Now, we aim to penetrate further into Tier II and III markets and make sure we have captured their sentimental value,” he said.

Talking about monetisation strategy, Able said the company plans to “take it slow”. Aisle plans to analyse and observe the market concerning its vernacular apps and then take further decisions.

“Our goal has always been to double in size in terms of users, user satisfaction, and revenue,” he added.

At present, the company has reached Rs 17 crore in ARR, and it expects to reach Rs 100 crore ARR in the next three to three and a half years. “Overall, I think we want to be the number one player in the dating industry,” he said.