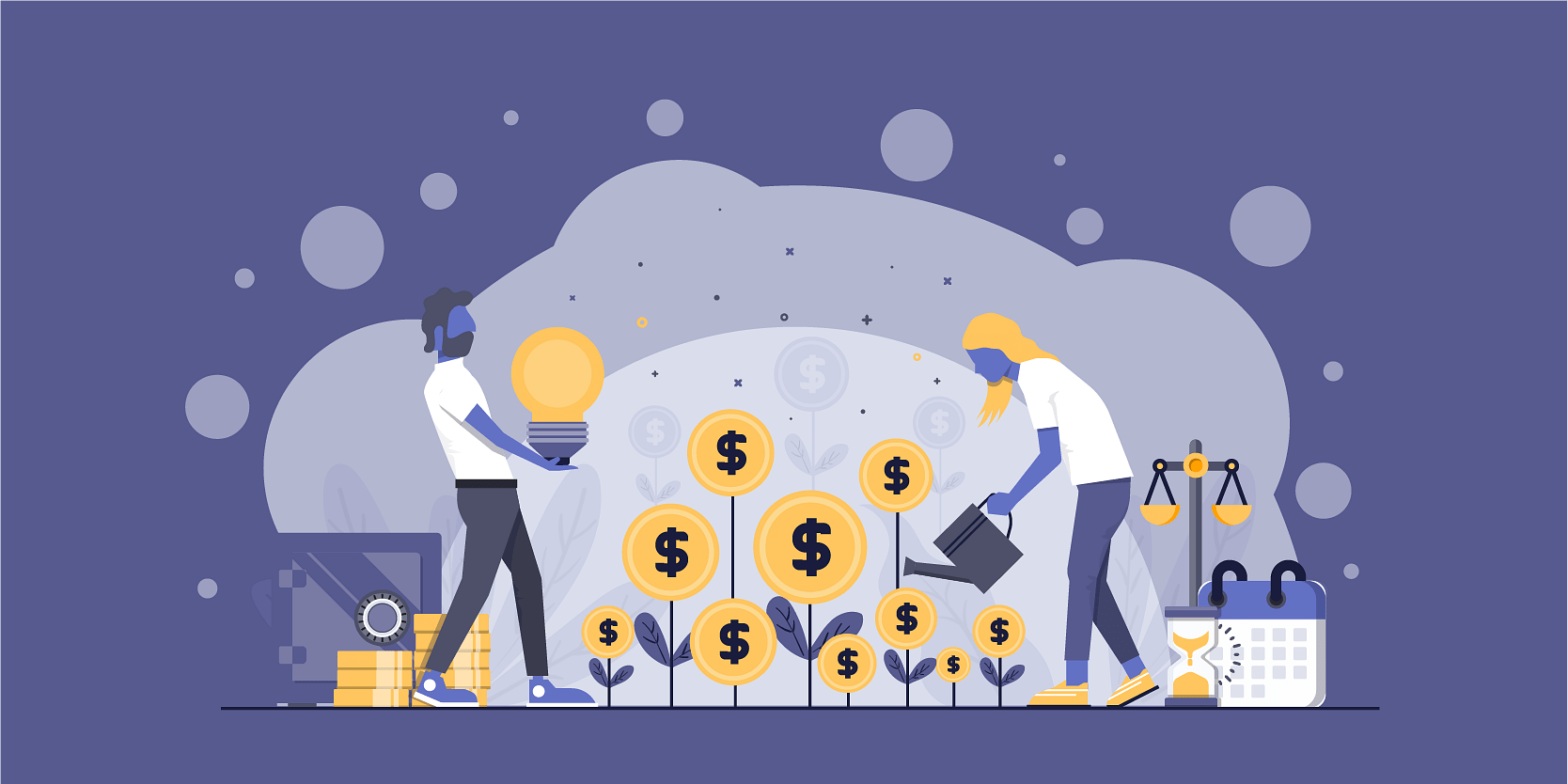 COVID-19 may have dampened business growth across India, but it didn’t affect entrepreneurial fervour. The panic and slowdown notwithstanding, the Indian startup ecosystem touched a new high with an unprecedented inflow of capital, leading to the emergence of a record number of unicorns – private firms valued at $1 billion and above.

The foundation of this growth was led by early-stage investments across sectors. Early-stage deals are typically those that are classified under the category of Seed, Pre-Series A, and Series A kind of transactions. These kinds of investments generally raise up to $5 million in capital.

Research from YourStory reveals that there has been a steady increase in the number of early-stage investments deals pre and post-COVID. The year 2019 saw 579 deals, which rose to 616 in 2020, and 606 till  August of 2021.

In 2021, early-stage startups have raised $1.9 billion in the first eight months.

It was a topsy-turvy ride for early-stage startups since the start of the pandemic in 2020. However, once the panic had somewhat subsided, founders took stock of the situation and drew up plans to emerge stronger.

Nakul Saxena, Head of Fund Strategy and Investor Relations at LetsVenure, says, “Capital had dried up for startups with the onset of the pandemic for three to four months primarily around the first lockdown phase. However, as the year progressed, it became clear that sectors like edtech, fintech, SaaS, and healthtech would become more prominent amongst investors as they demonstrated resiliency.”

He further adds, “This is why investors are taking their bets on making these early-stage investments. As per industry sources, there are early-stage deals running into hundreds of millions of dollars, something which was unheard of a couple of years ago.”

There are varied reasons that early-stage investments still holding sway and continuing to grow. Over the last decade or so, there has been a growing band of angel investors who have primarily worked with startups and understand how this system works — they are willing to provide backing.

There are CEOs of technology companies who understand the pace of change and are keen to back such entrepreneurs.

Then, there’s the younger generation that has a background in traditional businesses, but is very aware of the kind of changes new technologies are bringing in – they are hopping on to the investment bandwagon as well.

Venk Krishnan, Founder of NuVentures, an early-stage venture capital firm, says, “There is capital available among a lot of these individual investors; they are not getting the kind of returns from public markets as compared to private investments. They are also willing to take the risk of investing in an early-stage startup.”

He says there are a lot of risks associated with early-stage investments with a majority of transactions actually failing, but even if 10 percent of their portfolio actually succeeds, it more than makes up for the loss and results in a profit.

“Investors also want to be in these new-age businesses,” he says.

The tide seemed to have turned in favour of entrepreneurs and sometimes there is a scramble among investors to get a place on their cap table.

As an angel investor puts it, “Now is also the best time to exit for people like us with so much funding coming into these startups. It also gives good returns for the early-stage investors.”

At the same time, there have been certain definite changes that have accelerated during the pandemic, especially for the fintech and edtech segments.

For example, the transactions value on the unified payment interface (UPI) reveals the extent of digitisation for the financial services industry. From a total value of Rs 1,51,140 crore in April 2020, it has closed at Rs 6,39,116 crore for the month of August this year, which is more than a 300 percent jump.

In an earlier interaction with YourStory in November 2020, Elevation Capital, formerly known as SAIF Partners, one of the leading VC firms in the Indian startup ecosystem, concluded more deals during the COVID-19 period than last year.

“Overall, we have closed more deals with many of them in the COVID-19 period. This is one of the best times,” says Ravi Adusumalli, Managing Partner, Elevation Capital.

However, it is not just the smaller-sized venture capital firms or band of angel investors who are leading the show in terms of early-stage investment. Bigger setups with deep pedigree are also getting into the arena.

Recently, global VC firm Accel announced the launch of its programme, Accel Atoms, under which it will invest $250,000 in startups without taking any stake. This amount gets converted into equity in the next round of valuation.

Through this programme, Accel Atoms will also provide one-to-one mentoring, breaking away from the traditional one-to-many mentoring of regular startup programmes.

There are other similar initiatives such as Sequoia’s Surge programme or the Founders Fund from Blume Ventures. This investor interest is translating into investments galore.

The year 2021 has been a blockbuster year for the Indian startup ecosystem in terms of funding, and this has already resulted in the emergence of 25 unicorns.

As per YourStory Research, during the first half of 2021, the total startup funding had touched $10.15 billion exceeding the $9.94 billion raised in the whole of last year. This was raised across 543 deals from around 1,020 active investors in the ecosystem.

Funding is expected to touch record levels this year, with startups likely to raise anywhere between $12 billion and $17 billion funding by the end of 2021, according to YourStory Research.

The month of July was another high point, with startups raising $6.38 billion across 159 deals. If one includes the $3.6 billion raised by Walmart-owned ecommerce marketplace Flipkart, the figure touches close to $10 billion.

According to a recent report by Hurun Research Institute, there was a record $26 billion in venture capital funding between January to August this year.

Challenges and the future

This flow of capital has raised concerns among many in the ecosystem about the ills of excess liquidity. There has been talk of lax due diligence in the funding of deals or over-the-top compensation being given to startup employees.

“This momentum is purely liquidity-driven as funds are looking for higher yields; it is unprecedented. But one needs to be cautious as one never knows when things will change,” says V Balakrishnan, Partner, Exfinity Venture, an early-stage venture capital firm.

Despite the caution, the future seems bright as India’s startup ecosystem has emerged as the third-largest such set-up globally after the US and China. Recent developments in China, including curbs on new-age companies, has increased the focus of VC funds in India.

There is also hope that the situation may change further “after the pandemic”.

As Nakul, of LetsVenure, says, “People are investing in the hope that as we begin to gradually combat the economic effects of COVID thanks to widespread vaccine availability. The early-stage ecosystem is poised to accelerate exponentially especially in sectors like Bharat-focused startups, deeptech and SaaS.”

What will NIFTY look like in five years? How to prepare your investment strategy?

Why CXOs of Portea, Innov8, Lenskart, and others are flocking to online networking platform Blue Circle

How Kanpur-based G.D. International has been successfully manufacturing safety solutions