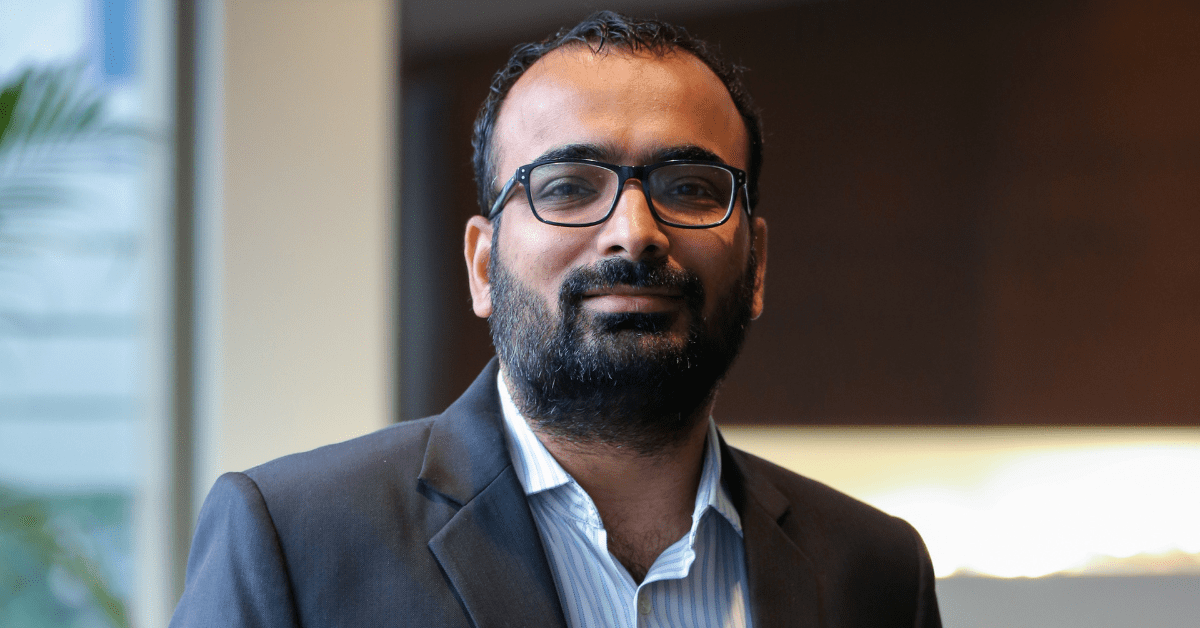 One of the most thriving sectors worldwide, real estate and construction is the second-highest employment generator in India, next only to agriculture. It currently employs an estimated 67 Mn people, and with a market size of $120 Bn in 2017, the sector is likely to contribute up to 13% to the country’s gross domestic product (GDP)by 2025.

But in spite of these numbers and the growth forecast, the sector witnessed a turmoil of sorts in the past three decades. Starting from the emerging market collapses in the late 1990s to the U.S. subprime bloodbath in 2008 and the following real estate down cycles since 2014 had hit the industry hard and resulted in too many slumps and volatility over the years. In fact, the complicated nature of the sector, where numerous factors dictate buying and selling, has made it difficult to find a predictive pattern.

Nevertheless, there was a silver lining in the form of well-structured regulations across the country (the Real Estate Regulatory Act, or RERA, has been a game-changer for all stakeholders), the government’s stimulus to the industry in several tranches and a surge in foreign direct investment (FDI) during 2015-19. According to a Fortune India report, India’s real estate got $16.6 Bn worth of FDI during this period, an 84.4% increase compared to the 2005-2014 inflow.

What’s more, new-age entrepreneurs have come up with robust and innovative business solutions to deal with the volatile nature of the industry. Realty tech players such as PropTiger, Nestaway, NoBroker, 99acres, Housing.com and Magicbricks have often undergone timely pivots and digital transformations to stay relevant and develop sustainable monetisation models that do not solely rely on buying and selling of properties.

“We are trying to go deeper into the real estate life cycle to provide better experience to our customers. With our vision of providing end to end services to our customers, we are building products to help the customers in their real estate journey. From searching their dream home to drawing up rental agreements and to provide the most suitable mortgage options, we are building product capabilities so that users can transact right on our platform itself.” says Vikas Wadhawan, group CFO of PropTiger, Housing.com and Makaan.

Wadhawan’s career path has been straight and purposeful, without many twists and turns. In fact, he has traversed the shortest distance possible before landing the CFO’s job. After completing his Chartered Accountancy (CA), he joined Grant Thornton, a multinational finance services network, and spent the next three years learning various skills. And those were the years that prepared him well for the future role. During his stint at the MNC, Wadhawan worked with clients like DLF and Ranbaxy and had the opportunity to work in the company’s U.S. office. While staying abroad, he also studied to become a Certified Public Accountant (CPA).

After leaving Grant Thornton, Wadhawan joined iTrust Financial Advisors as a finance manager and was promoted to the role of associate vice-president. But looking for a bigger challenge, he eventually joined PropTiger in February 2011 as the founding CFO. He has now spent a decade in the realty tech company, building it from the ground up and playing a key role in its financial evolution. The startup also raised $85 Mn in two rounds, and its major investors included US-based media house News Corp and Australia-based REA Group, a global real estate tech conglomerate. It eventually got acquired by the REA Group in 2020.

Set up in 2011 by Dhruv Agarwala, Kartik Varma and Prashan Agarwal (no longer with the company), Delhi-NCR-based PropTiger is a real estate startup with a pan-India presence. Its parent company, Singapore-based Elara Technologies is a full-service real estate advisory and later acquired Housing.com and Makaan, also operating in the realty tech space. However, each has a different value proposition.

Take, for instance, PropTiger that initially focussed on selling new properties. The startup worked with builders and developers working on new projects and selling ready-to-move-in new homes on its platform. But PropTiger went through a pivot in 2014 following a market slump and expanded its operations to resale and rental. Three years later, the company broadened its offerings by building a transactional interface on its platform and featured a host of services such as generating online rental agreements, facilitating rent payments and making mortgage options available to bring more financial stability to the business. Most importantly, Wadhawan has a crucial role to play at every step, as we mentioned before.

Of course, not many startups begin their journey with a CFO in tow, as the universal startup mantra stresses on being lean, mean and cost-effective. But PropTiger is refreshingly different, mainly because Agarwala firmly believes that well-laid-out financial structures play a crucial role in the growth journey. So, he has insisted on appointing a CFO from day one.

Recounting his early days at the company, Wadhawan says, “When you are in early stages, you end up taking a lot of responsibilities, which sometimes do not belong to your functional expertise. I remember taking up the role of the HR in the interim and even filled in as a product manager while building our CMS system. It was a lot of fun and a great learning experience.”

As the startup scaled and roles became more defined, Wadhawan invested most of his time in strategy building, acquisition, fundraising and business partnering. His role as a traditional CFO has evolved fast as he works towards executing the company’s vision.

The Evolving Role Of A CFO In Modern Business Building

Interestingly, the startup journey of PropTiger is full of twists and turns and great anecdotes, all contributing to the learning process. The company began with a narrow focus — that of replacing brokers and connecting customers with developers. But very soon, its operations spread, providing 360-degree services around real estate. The startup also witnessed two down cycles, a change in regulation, acquired four companies, handled a pandemic-induced market shutdown and finally got acquired by its major investor.

Dividing the journey into three phases — from inception till 2014, 2014-2017 and 2017 onwards — Wadhawan explains how the CFO’s role has evolved during each phase.

After the early days of multitasking discussed above, came the second phase and a more stressful period. In 2014, when the real estate market witnessed a severe demand crunch and the consequent slump, the startup ventured into resale and rental domains. And Wadhawan was asked to build the frameworks and processes around this new development. He handled the platform’s transition and supervised the implementation of transactional capabilities to ensure a smooth integration and operational expansion. At the time, PropTiger also acquired Makaan, and Wadhawan also managed the takeover, the fundraising (required for the acquisition) and the integration of the new platform in sync with company’s vision.

As the market grew more competitive in 2017 (the third phase), PropTiger decided to scale by delving deep into the customer’s journey. The company got into digital rental agreements, online rent payments and mortgage options — to be carried out on its platform for zero-hassle property deals. As part of the larger vision, it also acquired Housing.com. Again, the acquisition part was led by Wadhawan.

PropTiger also onboarded two major investors during this phase — namely, News Corp and the REA Group. As both were extremely meticulous about compliance and regulatory standards, Wadhawan had to build risk mitigation structures, business continuity plans and compliance frameworks to validate the preparedness of the startup for fundraising and boosted investors’ confidence.

Asked about his journey as a CFO for more than a decade, Wadhawan says that the role has evolved dramatically. It is no longer about number-crunching (and reporting those to internal and external stakeholders) or statutory compliance. Underlining the role of fast-evolving technology, he says that now a modern CFO is more involved in the process of business building from a financial standpoint. The job now requires more emphasis on strategy making, partnering with the CEO, enabling the vision of the company and developing risk management frameworks.

CFO As The Risk Manager

Every startup’s journey depends on market conditions. Moreover, in a sector like real estate and construction where volatility is the order of the day, external factors are bound to dictate a company’s strategic initiatives. Given that scenario, a CFO’s role in terms of risk mitigation has become crucial. Building regulatory frameworks and processes that safeguard core operations, improving efficiency and ensuring compliance to boost investor confidence are some of the key responsibilities every CFO has to shoulder.

There is no dearth of examples, says Wadhawan. For instance, he had to guide the company during the down cycles of 2014, 2017 and the pandemic-induced lockdowns in 2020. “From our market analysis, we knew that these down cycles and upticks occur periodically. These market dips were triggered by demand crunch, and we could not control it internally. The only thing we could do was to stay prepared. And that is exactly what we did,” he adds.

Based on the company’s guidelines and the way developers worked with PropTiger, Wadhawan had set up the proper foundation to ensure a steady cash flow. While reworking the commercial terms, he focussed on the assessment criteria to determine which developers would be a good fit for the company. He also decided to work with big companies known for their credibility and avoided getting into long-term contracts with little-known firms who had just entered the space.

When the first phase of lockdowns were implemented in March 2020, it brought about a new set of challenges. With the markets shut down indefinitely, Wadhawan had to take decisive actions to make sure that the startup remained sustainable. And the CFO found the ideal solution in variablising all fixed costs.

It involved optimising all office expenditure by moving to coworking facilities. Initially, the company had to go for salary cuts, but when the markets opened in August, the decision was quickly reversed. Wadhawan credits the quick recovery to the company’s business continuity framework and crisis preparedness.

“Risk is a multi-dimensional object and it comes in different forms and affects businesses in different ways. So, every single case requires a different solution. My goal as a CFO has always been to find the vulnerabilities and fix them as soon as I can to make the business resilient, even if that requires disrupting the status quo,” concludes Wadhawan.

Investment in construction automation is essential to rebuilding US infrastructure – TechCrunch

3 Benefits All Employers Must Offer in a Post-COVID19 World

The Startup Magazine How is the United Kingdom becoming a Global Entrepreneurial Capital?