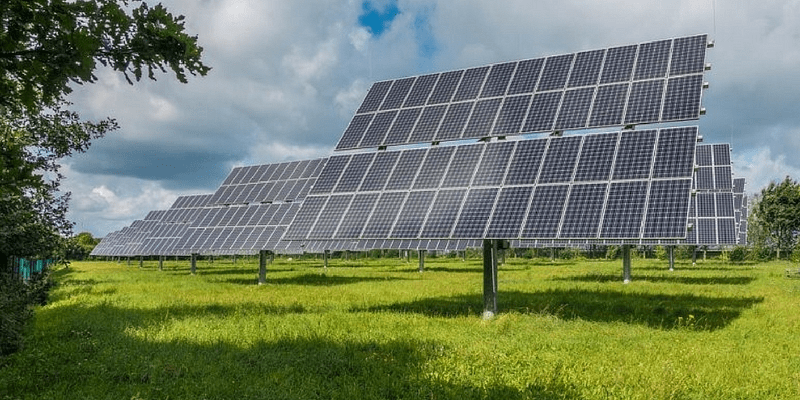 Robinhood investors — a term used to refer to plebian investors — recently turned heads around the world after they triggered a short-squeeze in micro-cap companies such as GameStop and AMC Entertainment, forcing large institutional investors to draw down their investment bets, and making millions of dollars in the process.

The medium those retail investors used to achieve that was one among the plethora of online brokerage platforms that exist today, which primarily facilitate investments in financial market products such as stocks, bonds, and mutual funds.

These platforms have helped not only open up something that was exclusively accessible to HNIs, investment bankers, traders and stockbrokers, but also made the common, everyday man part of the larger economy in general.

Nowadays, fintech investment platforms are looking to offer increasingly niche investment options beyond just stocks and bonds, with assets such as real estate, infrastructure, energy, and more — all options that only HNIs have taken advantage of so far.

One such platform is a Bengaluru-based startup called Pyse. Founded by computer science engineers Kaustubh Padakannaya and Vinay Mantha in 2020, it allows retail investors to invest in sustainable energy projects, at lower ticket sizes.

Although putting money in such projects typically cost crores of rupees, thereby limited only to HNIs, Pyse offers retail investors the option to make fractional investments, starting at Rs 50,000, making it more affordable and attractive to those who can’t invest big sums of money.

Sustainable projects that incorporate clean energy solutions such as solar, wind, tidal, and geothermal, among others, typically demand longer lock-in periods — three, six, or even 12 years — and returns on investments take more time to show up.

Pyse gets around this problem quite easily. It allows HNIs to invest large sums of money — in the ballpark of Rs 25 lakh — to invest in sustainable projects to get them off the ground and operational, and then opens it up to retail investors once it’s at an advanced stage and able to yield returns.

“As and when retail investors come in, the position of HNIs are diluted and the money is re-invested into other assets,” Kaustabh tells YS.

Taking this route helps cut the lock-in period for retail investors to just six months, as opposed to multiple years, and reduces the ticket size to around Rs 50,000, versus lakhs and crores of rupees.

“For many, even today, sustainability is considered to be an elite-only game. Something that was either too expensive to afford or an act of philanthropy — at least that is what all middle-class families, like the ones we come from, believe in,” Kaustabh quips.

“We built Pyse with the underlying principle of making the product as simple, safe, and liquid as a fixed deposit. And a lot of our offerings revolves around that core design,” he adds.

To build on the single most important differentiator of facilitating investments in sustainable projects, Pyse helps users track the social and environmental impact their investments create by offering monthly impact scores depending on the portfolio. It created the impact matrix in partnership with several climate-action groups, and believes there is tremendous potential for a derivative product based around the principle of impact.

How it works and the story so far

Signing up and registering on the platform is straightforward, and all digital. Once KYC documents are uploaded and approved, users can access all live and upcoming projects on the platform. Returns are credited to the user’s wallet every month, which can be transferred to the bank accounts directly, from within the app.

HNIs get their compounded returns annually, while retail investors get theirs monthly.

The startup opened up its platform to users to register and add funds to their Pyse wallets in November 2020, and its first project went live in December, by which time Pyse had already registered over 80 investors.

Most of its users are people who believe in the concept of purpose-driven investments, the startup says. In fact, a majority of its first 100 users were people who came from the climate action background.

The startup charges HNIs and the retail investors a 1 percent transaction fee at the time they invest in a project. It also earns interest from assets that have not been fully sold to investors.

Pyse has raised Rs 1.85 crore in funding so far, and is currently looking to raise around Rs 6 crore for its next round, which will help it hit Rs 100 crore in assets under management by the end of next year.

Social impact investing is fast becoming a trend these days with startups, as well as multinational companies, making a more concerted effort to evaluate their effect on not just the environment, but also on society at large. Sustainable investments range from renewable energy projects to local employment opportunities which benefit society, and, at the same time, yield profits.

Between 2010 and 2016, India attracted over 50 active impact investors, who, alongside mainstream investors, poured in more than $5.2 billion, according to a Global Steering Group report. Those numbers are set to rise in the coming years, especially as the conversation around sustainability heats up.

Union Finance Minister Nirmala Sitharaman had even proposed setting up a social stock exchange that would encourage increased investments in social impact projects and companies that facilitate them, in addition to special provisions. The project plan is currently under review by SEBI.

For Pyse, the positive momentum it has seen since it launched has helped it set international ambitions for itself, and Kaustubh says he does want to expand beyond India in the future — preferably to the European Union which has a more mature renewable energy market.

Pyse’s closest competitors include other fractional investing platforms such as Strata, RealX and hBits, which enable investments in real estate, as well as platforms such as India Investment Grid, which help users discover live, sustainable projects they can invest in. Global crowdfunding platforms such as Citizenergy, and StartEngine, among others, are some others Pyse competes with.

For now, making social impact investing as accessible, simple, and easy as investing in fixed deposits is the startup’s North Star, Kaustubh says.

After IPO, EaseMyTrip’s Shares Trade At Premium On Stock Exchanges

Who Can Take Your Company to the Next Level?