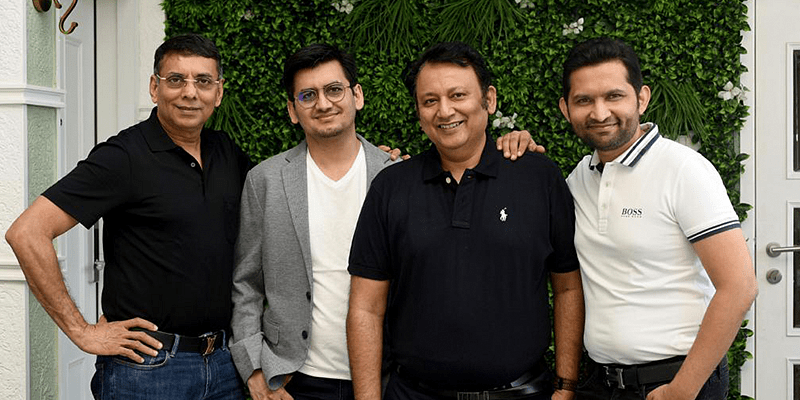 A businessman from the small town of Seoni near Nagpur, Anurag Maloo has made it big by turning into an investor. Except, he prefers to bet his money on startups rather than stocks. The 44-year-old hotelier became a member of India’s leading incubator Venture Catalysts (VCats) a few years ago and has invested in over 30 startups, including BharatPe, the FinTech startup that has given exits to over two dozen angel investors with over 80x returns in less than three years.

“I never imagined I would get returns as high as these. I want to thank Venture Catalysts for introducing me to the world of startups and, more importantly to BharatPe. I trusted VCats’ judgment and due diligence on BharatPe, and the result is unimaginable. No asset class could have given me such returns in a span of just three years,” says Anurag, who had also invested in startups such as Beardo, Coutloot, and Fynd, among others and taken exits with handsome returns.

Founded in 2018 by Ashneer Grover and Sashvat Nakrani, BharatPe has empowered millions of small merchants with simple new-age FinTech solutions such as QR-based payments. There are hardly any Indian startups which have achieved a unicorn status in such a short period as BharatPe. According to industry reports, Indian startups take an average time of eight years to accomplish that feat.

Another investor whose investment in BharatPe is now reaping rich rewards is Raipur-based Anup Agarwal, who made a killing with BharatPe’s recently concluded funding round that fetched the company a valuation of over $900 million.

The FinTech startup raised Series D of $108 million from investors like Coatue, Sequoia Capital, Ribbit Capital, Steadview Capital Management, Beenext, Amplo, and Insight Partners. Venture Catalysts’ parent company still holds some equity in BharatPe while all the investors in its network have taken a complete exit.

“I wish I could hold my equity till the next round. Surat is a Tier 3 town, and people here still don’t understand much about startups. But, things are changing, and I am optimistic that exit stories such as BharatPe will pique interest of high net worth individuals (HNI) in small towns and encourage them to invest in startups,” says an elated Gaurav Singhvi, an investor partner with VCats from Surat. A chartered accountant by profession, Gaurav has invested in over 30 startups so far and has been working towards creating a strong startup investor community in Surat.

VCats, an early-stage investor, has been instrumental in roping in HNIs from smaller Indian towns to invest in idea stage companies.

“Exits such as BharatPe’s don’t happen often and are not easy. Our team is extremely talented at evaluating and identifying the next big thing in the startup ecosystem. We bet on founders/entrepreneurs who are confident, have a great team, are second-time founders and have a great execution power. Investors need to be doubly sure that their money is in capable hands. Within an hour of discussion with Ashneer, we decided to invest in BharatPe, which was still in its idea stage,” says Anuj Golecha, Co-founder, VCats. He adds that post-BharatPe’s exit, queries on investing in startups have increased on VCats’ platform. VCats was one of the first to back BharatPe in 2018.

Talking about his association with VCats’, Ashneer Grover, Founder of BharatPe, says

“I was introduced to the Venture Catalysts team through a friend. We met Anuj Golecha and he gave us his commitment in our first meeting. VCats came in as the largest investor in our angel round. Interestingly, many of the investors (on VCats network) were from smaller Indian towns. This just proves that the startup ecosystem has moved beyond metros.”

VCats has converted several traditional businessmen from small towns into full-time startup investors and offered them healthy returns through timely exits. In the last two years, VCats has successfully exited from about 36 successful startups which include Beardo, Confirmtkt, Dukaan, Rentomojo, Coutloot and PeeSafe.

Venture Catalysts is India’s first integrated incubator. It invests $250K – $1.5 million in early stage start-ups that have potential to create enduring value for over a long period of time. Over the last few years, it has been instrumental in developing and nurturing the country’s vibrant startup ecosystem with a strong presence in Tier 2 & 3 markets. Venture Catalysts brings a lethal combination of Capital, Mentoring and Business Network to help investee companies to succeed. Their innovation provides value to start-ups through its extensive angel network, funding, community, services and co-working facility. Venture Catalysts is focussed on providing startups with access to continuous capital from fund, investor network, Tier 1 founders & CXOs, and family offices besides providing them with market access from corporates and global growth programs.

[Jobs Roundup] Interested in spacetech? These openings at Bellatrix Aerospace might help your career to take o

‘When the chips were down, it is the chipsets that kept us going’ – 25 quotes of the week from India’s COVID-19 struggle