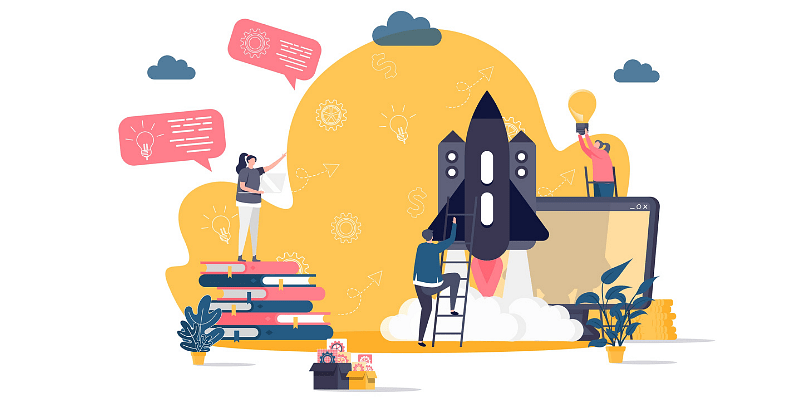 It’s a no-brainer that every startup needs an edge — or formally known as a moat — which gives the company a margin to stay strong in any market conditions and competitive landscape.

Yet, most successes in the Indian startup ecosystem seems to have been a result of entrepreneurs discovering a moat and reinforcing it consistently over time.

Indian startup founders seem to make little conscious effort at creating and defending what might be their company’s distinct competitive advantage.

In fact, as it turns out, very few Indian startups either build an initial moat by design or discover one, only to try and defend it by any means possible.

While most startup founders rely on capital as a moat, in the long run, it is an unsustainable, and possibly dangerous habit.

For a handful of startups in specific business sectors, ‘moating’ can be done by navigating through the labyrinth of government regulations. Yet, startups cannot influence government policy. Only well-established corporates with the essential networks, clout, and heft can manage to succeed at this game.

So, how should entrepreneurs build frameworks around moat creation? And, more importantly, can moating be made an institutional process?

Identify a unique market that you can serve

As a first step, entrepreneurs should seek to identify the “non-obvious market” they want to dominate and ascertain why that market is not obvious to others. Several marquee companies, including Bajaj Finance and Nestle India, have done this successfully.

Bajaj Finserv became a dominant player in the financing of the consumer durables segment as it saw virtually no competition in that space.

While the consumer durables financing market seems obvious now, it was hardly the case back in the day as a large proportion of these unsecured loans would turn bad because people simply did not pay up.

However, the silver lining for Bajaj Finance was the consumer data and interest points it had built, based on which its next range of offerings set the foundation for the success of its business.

FMCG major Nestle India is another company that today dominates a “non-obvious” market. Although the company is known more for brands like Maggi noodles, KitKat chocolates, and Nescafe coffee, not many people realise that it controls a majority of India’s highly regulated baby milk powder market.

Till a couple of decades back, baby milk powder was available in India as an FMCG product. But the Indian government regulated its sale and made it a prescription mandatory item to buy it.

In India, only two companies — Nestle and pharma major Abbott India — hold licences to produce and supply baby milk powder. Even with such minuscule competition, Nestle established an edge by strengthening its distribution network to be stronger than Abbott.

With the bulk of the market share in their favour, Nestle now pays better margins to distributors, thereby further making it challenging for Abbott to overcome Nestle’s lead.

Use your insight to your advantage

Once a startup has identified a “non-obvious market,” it needs to zero in on the insight that it has and others lack. Here, Bajaj Finance becomes a case in point.

Before Bajaj Finance entered into this space, the industry-standard was that doctors were self-employed professionals and were offered the same risk-based rates as merchants or traders.

What Bajaj Finance realised was that a doctor with a flourishing practice has significantly more reliable cash flows than an average trader or merchant. That information arbitrage helped it garner market share and dominate this segment. The key learning here is to find an unseen advantage you can serve.

Homegrown ecommerce major Flipkart used its deep insights to firm up its logistics chain, and drastically cut the turnaround time or the time it would take to fulfil an order.

In September 2015, Flipkart bought back its logistics service company Ekart from WS Retail, its in-house vendor. Between September 2017 and January 2018, Flipkart pumped over Rs 2270 crore into Ekart to shore up its logistics capacities, and reduce its turnaround time in an ostensible bid to match rival Amazon.

This allowed Acko to offer insurance at lower premiums, thus undercutting its competitors. Although its market share remains comparatively small, Acko has been growing much faster than traditional general insurers, even as it has innovated and launched bite-sized products like ride insurance, which is typically not offered by its bigger rivals.

Niche markets can be deceptively large

Entrepreneurs need to realise that multiple niches can add up to something big over time. In fact, companies that grow to monopolise business segments often discover that seemingly small markets can actually be deceptively large.

At the time, little they would have realised that it would become the behemoth that it is today, and eventually, go on to own the country’s largest private sector bank and enviably large asset management and insurance businesses.

Much like HDFC, when Sachin Bansal and Binny Bansal started Flipkart in late 2007 as an “Amazon-me too” online bookstore, they would not have imagined that it would go on to spin an ecosystem by investing into logistics (Ekart), mobile payment businesses (PhonePe), and acquire fashion portals (Jabong and Myntra) to build their moat.

While individually, the target audience for each of these exams would have been considered a niche market, taken together, they added up to significantly more than the sum of their parts.

Harness the power of data

Startup founders also need to realise the power of actionable data at scale — something a few old school Indian companies have been surprisingly good at. Take the case of Asian Paints Ltd. — essentially a data enterprise — masquerading as a paint company.

The company — which had bought India’s second supercomputer (the Indian government had bought the first) five decades back — today controls more than half the country’s paint market.

Asian Paints uses predictive algorithms to ascertain potential demand and supplies paint to every retailer two to four times a day as against its nearest competitors Berger Paints Ltd and Akzo Nobel India Ltd, which supply twice and once daily, respectively.

Bajaj Finance controls 90 percent of the consumer durables loan market in India. The company profiles every consumer and has the richest database. They ‘upsell’ two-wheeler and personal loans to these consumers without needing to use traditional credit models, owing to a rich and proprietary data set collected over the decades.

Finally, startup founders need to be mindful of the fact that their moat can be disrupted by their competitors, and must therefore strive to remain one step ahead.

Competitors of Asian Paints knew that they could not match its JIT model. So, they introduced paint mixers at the retail level — a model where a customer could choose a particular shade of paint and various pigments are mixed to create the same on the spot.

While Asian Paints did lose some market share, the company responded by making its supply chain even more complex. It increased the paint stock-keeping units (SKUs) four-fold and introduced new varieties of paint finish types, supported by an aggressive advertising campaign.

The plan worked, and Asian Paints clawed its way back into the market dominance by offering SKUs that were not mixer compatible.

If Indian entrepreneurs make a conscious effort towards institutionalising or formalising the process of moat creation, it could change the way startups evolve as strong and sustainable businesses.

Such a process will, of course, need to be dynamic and flexible enough to adapt to changing socio-economic situations as the ecosystem itself matures over time.

Why businesses should prioritise long-term focus while building capital

Why entrepreneurship should be promoted in early stages of life

What investment lessons can we learn from 2020