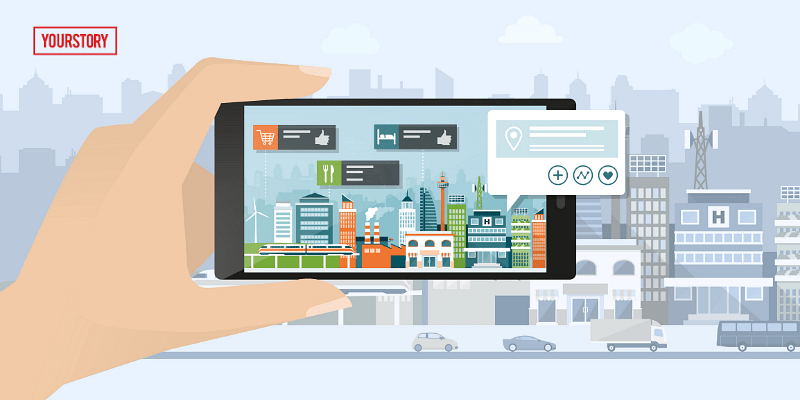 Augmented Reality (AR) is the next form of mobile engagement that is exciting consumers, driving an enhanced engagement with brands, elevating consumer experiences, and increasing brand revenues.

AR refers to experiences in which the real-world environment seen through your phone, computer, app camera, or an AR headset is altered or enhanced with the addition of images, objects, text, or other digitally-added information. AR could be applied to both visuals of the front-facing (selfie) and outward-facing (world) cameras.

Consumers are redefining the digital experience by using AR.

Initially, AR was used for aviation, military, and industrial purposes only. This later garnered interest of people all over and in creative ways to engage customers at public events.

From being a not-so-known technology during the beginning of the digital era to becoming a helping hand in many fields, AR went from being a ‘toy’ to a ‘tool’ real quick.

While India is still in its early stages with the adaptation of AR across all sectors, this post-pandemic world has given hopes to developers and innovators to explore.

Fun Fact: On Snapchat alone, there are 500 million minutes of AR playtime per day on average.

Where are we in the AR race right now?

Ever since 2020, a lot of people started to adopt AR tech. Going forward in 2021, we believe that AR will move into a more mainstream direction and will be viewed as a niche technology. This is definitely the year for ‘smart glasses’, 5G, and also LiDAR.

AR has four stages of evolution:

“I didn’t even realise I was using it.”

“I want to have fun and connect with friends.”

From what we see right now, with the growth in fully integrated customer experience, customer can soon be able to experience the perks of AR technology online and in-store as well. It’s not a new concept but AR basically contributes a coat of virtual reality along with physical reality.

In early stages, AR as a concept was just seen as a toy to developers. With emerging times, the tech industry along with different other sectors have come to realise the power of Augmented Reality and how it can be put to better use.

1. Many retailers use AR technology to give their customers a shopping experience that doesn’t involve them actually going to the store physically.

2. Even brands are now using AR to help their customers get a glimpse of their evolution with new technology along with giving the brand an engagement boost. Same can be said for marketers.

AR is basically seen as a ‘toy’ but people expect to use it as a practical ‘tool’. It’s a leading-edge technology that is now helping people become too comfortable staying home and living off of their phones.

What’s next for AR?

In the constant changing and fast adaption in the technology life cycle, AR will provide vast opportunities for innovators as well as developers in bringing their work to life. In the coming years, AR will be more integrated, which will make both the physical and digital world accessible via new tech wearable products.

Yes, AR is the new ‘tool’ but in the near future, it will have obstacles since it’s still quite a new concept for people to adapt to (but not impossible).

India is in the golden era of entrepreneurship: Netcore Cloud’s Rajesh Jain

How technology can organise an unorganised logistics market

What B2B Marketers Can Learn from Stand-Up Comedy –