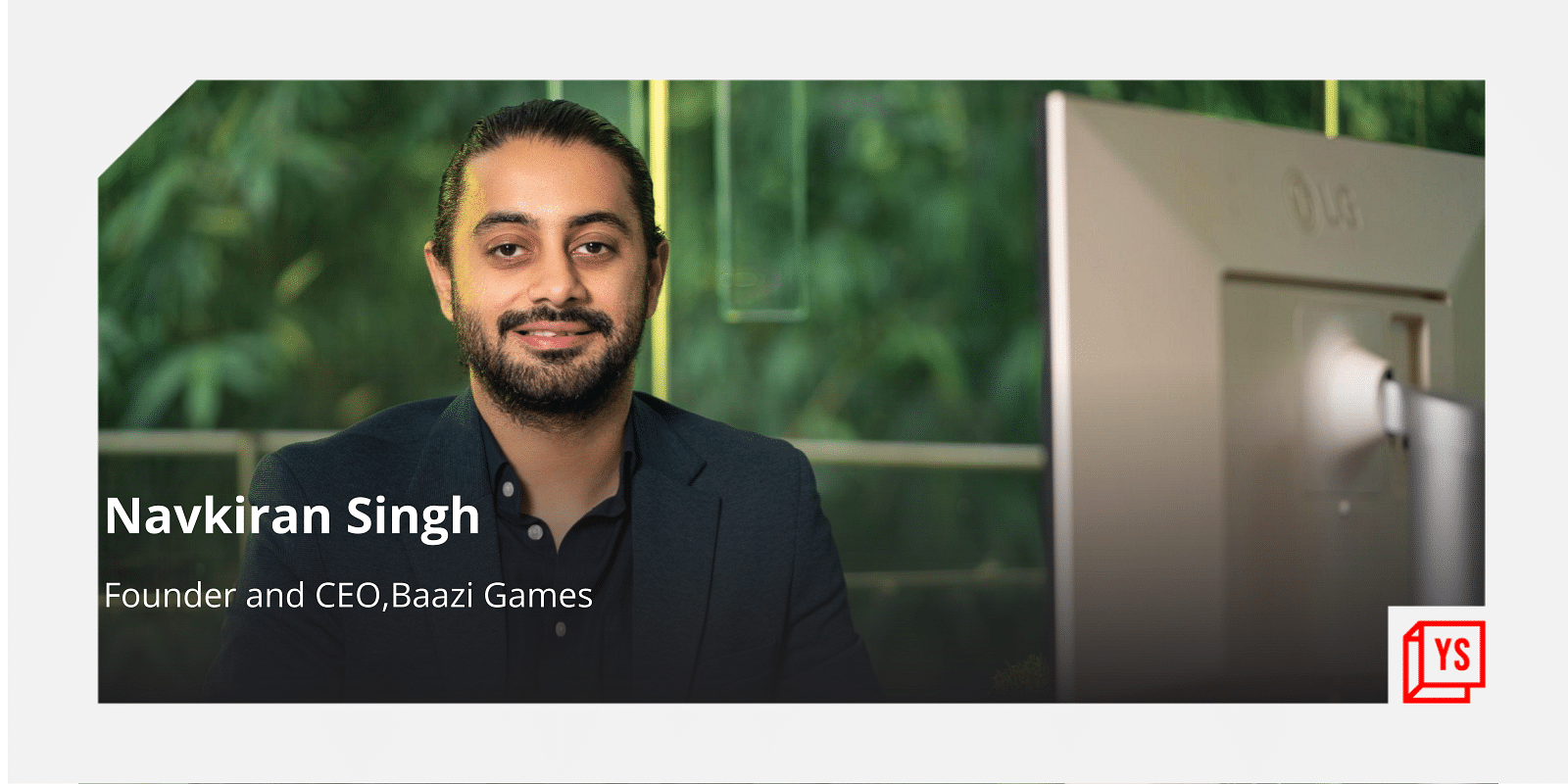 In November 2021, a report by consulting firm BCG and investment firm Sequoia Capital predicted that India’s mobile gaming market is expected to triple, becoming a $5 billion+ market opportunity by 2025.

Titled Demystifying the Indian Mobile Gaming Market, it highlighted trends facilitating this growth — the rapid rise in the number of users, an expected rise in Average Revenue Per Paying User (ARPPUs), and an “unprecedented” level of investor interest in the sector.

Another report by gaming-focused fund Lumikai and consulting firm Redseer predicts that the “number of paid gamers in India will reach 235 million, from 95 million gamers in 2021”.

And one of the largest contributors to gaming revenue are real-money gamers — a segment, which is expected to see a growth of 30-40 percent in the next five years.

To a large extent, this unprecedented growth has been due to the outbreak of the coronavirus pandemic, which forced people to stay at home — limiting recreational activities to the online world. Naturally, many turned to gaming.

This was made possible by several factors led by an increase in smartphone users and access to affordable internet.

Among the Indian players riding this wave is ﻿Baazi Games﻿, a pioneer in India’s real-money gaming (RMG) industry, which saw its users grow from just 5.5 million in 2020 to 11.5 million in February 2022, more than a 2X growth, fuelled by the pandemic.

In 2014, Baazi Games started by launching ﻿PokerBaazi﻿, one of India’s earliest online poker platforms. The startup later expanded to fantasy sports with ﻿BalleBaazi﻿ in 2018, and online rummy with ﻿CardBaazi (previously known as RummyBaazi) — both rapidly growing segments in online gaming.

Its recent growth was led by BalleBaazi, which has 8.5 million users — its highest — followed by PokerBaazi at 2 million and CardBaazi at 1 million.

The first lockdown opened doors for the entire online gaming industry to a wider audience, especially in India, notes Navkiran.

While subsequent waves saw a more subdued growth of 5-10 percent, Baazi Games took some key decisions that helped it seize the right opportunities.

In 2020, during the first lockdown, fantasy sports took a hit. “With the sports segment completely coming to a standstill, our fantasy sports vertical hit rock bottom in terms of revenue. Those were zero revenue days and very few new users were added,” recalls Navkiran.

It was only in September 2020 that the fantasy sports industry started seeing some traction with the delayed start of the Indian Premier League (IPL).

Meanwhile, the team focused to improve on its tech. PokerBaazi, which is second to BalleBaazi in users, is the highest revenue generator for the company, contributing close to 75 percent of the brand’s revenue. In fact, PokerBaazi’s revenue grew by a whopping 64 percent in the last year.

Capitalising on this popularity, in May 2021, Baazi Games launched a revamped PokerBaazi app, which went on to win awards in the gaming industry.

The new app introduced engagement features like emoticons, voice chat, a real-time winner tab, and a portrait mode for single-handed usage, as well as a fully integrated payment system.

“We introduced an industry-first statistical feature in which a player can see their own career statistics and the opponent’s in real-time, using AI and ML,” adds Navkiran.

In December 2021, the startup launched Baazi Mobile Gaming, a casual and hyper-casual gaming platform. The startup claims the platform has managed to add a little over 200,000 users in less than three months — but is yet to make any revenue contribution.

Growing inside and out

“In terms of gross revenue, Baazi Games grew by 45 percent,” he says

At present, the startup has more than 300 employees, with over 60 percent focused on technology and data analytics and plans to add around 200 more people to the tech side of things in the next one and a half years.

“We are a gaming brand but we see ourselves as a tech-first brand. All our technologies are in-house. So, technology will continue to remain the centre and we are focusing on tech hiring in the coming future,” explains Navkiran.

The startup also added new states to its list of users. Present in all the states other than those where online gaming is banned, Maharashtra has always been its number one market and the lockdown added Uttar Pradesh, Rajasthan, and Bihar to its top 10.

At present, UP is its second-largest market across verticals, while Rajasthan and Bihar are fifth and sixth respectively.

In 2019, Baazi Games had raised $4 million in a Series A round. In 2020, it raised another $2 million from Udtara Ventures, along with a $1 million capital infusion by parent Baazi Games for CardBaazi.

Going forward, it plans to raise $40-45 million for its highest revenue generator PokerBaazi within the next six months.

The startup aims to use the capital to enhance its technology and “invest and expand into the upcoming segments such as augment reality and virtual reality (AR/VR) and the metaverse; we have already started research into these segments,” says Navkiran.

Additionally, it plans to spend on marketing to further expand its reach in poker and online gaming and raise awareness about poker to make it a “household game”.

Baazi Games also plans to double down on its poker revenue next year with an expected 100 percent growth in the next one year.

Online gaming and gaming startups weren’t always in the spotlight in India.

Anuj Tandon, Head (India and MENA regions) of Corporate Development at KRAFTON, also the founder of Rolocule Games (later acquired by Dream11), tells YourStory that during his time in the industry, he felt more like an educator than a gaming entrepreneur.

Things have come a long way since. At present, India has two unicorns in the gaming unicorns — Dream 11 and Mobile Premier League (MPL) — and one listed entity Nazaara. Other players in the segment include Winzo, Games2Win, and Gametion (creator of Ludo King). India also has seen the rise of sector-specfic funds for gaming such as Lumikai and The Gaming Lounge.

Several large-ticket acquisitions have also taken place in India’s gaming ecosystem in the last year alone. In February 2021, Bengaluru-based Moonfrog Labs (creator of Teen Patti Gold, Ludo Club, Rummy Gold) was acquired by Sweden-based Stillfront Group for over $90 million. Then, in July, Bengaluru-based game developing startup PlaySimple was acquired in one of the largest deals in the sector in India — for $360 million — by Swedish gaming firm Modern Times Group (MTG).

Today, India is the second-largest gaming population in the world with over 450 million gamers. And, the investments are not limited to gaming startups, but also to the surrounding ecosystems such as streaming platforms, animation studios, says Navkiran.

“The support from the government to set up a task force for the animation, visual effects, gaming, and comics sector are boosting the sentiment of the investments and we would see the investments going up from here. So, it would be more appropriate to say gaming is going to be a booming market for investments,” he adds.

And there’s a lot more to go even though he believes that the unusual growth spike in users may not continue and the user addition would go back to pre-pandemic times eventually.

“I think it is just the start for gaming,” signs off Navkiran.

Why Should Businesses Care About Crypto?