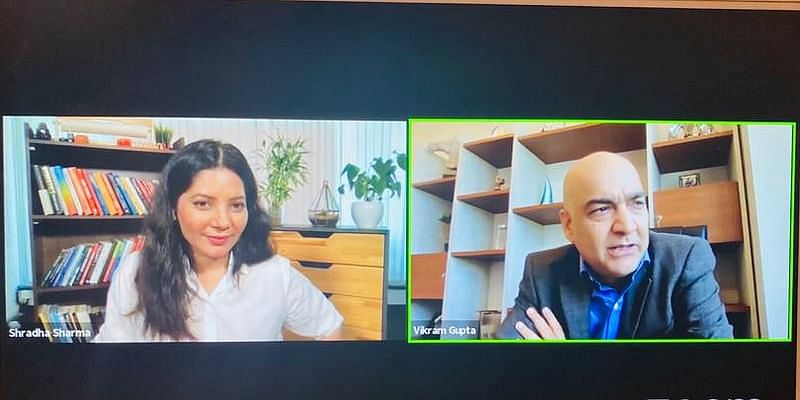 IvyCap Ventures — one of India’s leading homegrown venture capital funds which has domestic institutional investors as its LPs — has seen a whopping 22X return on its initial investment of Rs 15 crore in startup Purplle after the online beauty retailer’s latest funding round. This is a “defining moment” for the Indian startup ecosystem and returns of this kind will boost the confidence of domestic investors to invest in startups, predicts Vikram Gupta, Founder and Managing Partner of IvyCap Ventures tells YourStory Founder and CEO Shradha Sharma.

“The best part in this is that our domestic investors who are the domestic institutional investors have seen this kind of returns for the first time, which will give a lot of confidence to these investors to invest in this [startups] asset class. This is a defining moment for the industry itself which is quite exciting for me personally,” Vikram tells YourStory’s Shradha Sharma.

Following the transaction, IvyCap made a partial exit from Purplle at a value of $45 million (Rs 330 crore). IvyCap’s Fund I had invested $2 million (Rs 15 crore) in the Mumbai-based D2C brand, and the VC will continue to be a stakeholder through its Fund II investment.

In the Indian startup ecosystem that is often chided for not seeing valuable exits or successful IPOs, a 22X return is a significant moment. IvyCap Ventures’ Vikram Gupta says,

“It is definitely a historic moment. The Purplle team has done a phenomenal job. Manish, Rahul… they are rockstars. When I started talking to them in 2014, they had no idea about beauty. But they knew that this space could be captured with good technology and capital efficiency. That is what excited me about this opportunity.”

Now, what does this exit mean for domestic capital and funds like IvyCap?

“Recently, there was a big win when the government announced that even private pension funds could invest upto five percent of their corpus in alternate investment funds (AIFs). But even if they have the capital to invest and the policy that allows them to, they will not unless they see outcomes in the industry. So, something like this [a 22X exit] also gives them the chance to start looking at this asset class [startups] more favourably.”

Homegrown IvyCap Ventures, which was founded in 2011, manages assets worth Rs 1,500 crore across its three funds today.

Recounting what led to the launch of the fund, Vikram said, “There was a gap in the ecosystem at that time when there were hardly any Indian VC funds. I also realised that this whole business works on the connections. Whenever I met an IIT alumnus, the connect was instant since I am also from IIT Delhi. A substantial part of our first fund came from IIT alumni, which also helped us generate a lot of trust and good leads… like Purplle [both founders are from IIT].”

“That concept has played out very well for us,” Vikram added.

It surely has, given Purplle’s success and the rapid growth in the beauty commerce sector. IvyCap is also an investor in lingerie startup Clovia, which it funded in 2019.

Talking of the sector, Vikram shared, “The pandemic has contributed towards accelerated growth in this space, primarily because of this huge shift from offline to online and those startups that were focused on leveraging tech and IT to capture the persona, which Purplle has done brilliantly from Day 1, have gained.”

“Beauty as a segment is huge, with the online component being small so far. But the speed at which online has penetrated has grown substantially and will continue to grow and give much more value in the next few years. The approach that Purplle has taken to get a platform and then start a private label has worked really well,” he added.

Meanwhile, IvyCap continues to be invested in Purplle through its Fund II and could even add more capital.

The Emotional Intelligence Of Design