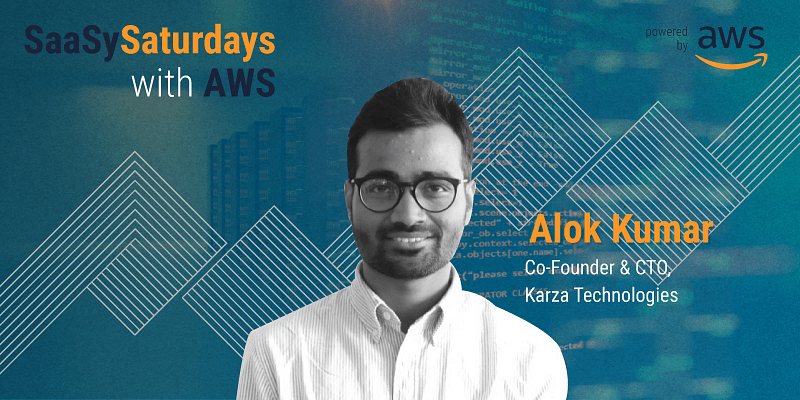 The BFSI sector has undergone a monumental transformation in the last two decades as its services went digital, virtual experiences became a mainstay, and innovative banking solutions were launched. Even as technology solutions addressed many inefficiencies, there was a significant gap in the customer onboarding experience. “The recommended practices for onboarding involve the bank agent/channel partner meeting with the customer in person and manually validating the applicant’s information via documents, which is both cumbersome and time consuming. Further, there was always a chance of missing out on any red flags,” shares Alok Kumar, Co-founder and CTO of Karza Technologies, a banking and business intelligence and automation solution provider.

In January 2020, RBI permitted video-based KYC through the Video Customer Identification Process (VCIP) for performing due diligence with customers. Weeks later, the onset of the pandemic and the nationwide lockdown saw RBI making further amendments and promoting the use of digital onboarding solutions. “That’s when we stepped up to take on a wide-scale transformation in the area of customer onboarding,” shares Alok. Karza until then had strongly focused on risk mitigation, due diligence, investigations, shell entity identification, and corporate governance across banking, payments and insurance sectors.

Customer onboarding has traditionally been a costly affair with physical collection of documents and in-person verification, which when coupled with manual validation of the submitted information to mitigate identity frauds only raised costs, TATs, and even the likelihood of fraud itself. “In many cases, a limited operations team is overwhelmed with onboarding a huge number of clients,” Alok explains. Karza offers a wide suite of onboarding solutions to address these challenges with Aadhaar-based Offline E-KYC (OKYC) with Digital KYC, Video KYC, KYC OCR, Face Match, Passive Liveness and other cognitive services. Here, he points out that Karza’s innovations in Video KYC have made it possible for a seamless customer onboarding process. “We have created a solution that is RBI-compliant in terms of infrastructure and processes and also enables end-to-end automation in onboarding,” he says.

The platform’s unique face-based solution also improves face detection, matching and passive liveness checks. Alok elaborates, “Ensuring that one is dealing with an actual person via a live session and not a pre-recorded video or a photograph is essential for onboarding. Our Face Detection is further enhanced with our augmentation techniques to handle rotated faces and face attribute models, which is the second line of defence against difficult cases for face matching.”

He adds that Karza’s OCR models are template-agnostic and work with a minimalistic set of requirements. This agility makes it ideal for applications given that OCR requirements are usually subject to sudden regulatory changes. Karza’s OCR solution is well-positioned to train models quickly and also offers acceptable accuracy even for poor quality images. So, even as the banking agent is completing asking a series of questions and by the time the customer completes answering them, the platform’s cognitive capabilities are able to check the documents and proofs that the customer would have shown to the agent during the live session. The platform then populates the agent’s screen in case of a red flag, making the agent’s job easier and quicker.

What makes Karza Technologies unique is that “we understand India-specific needs, which we cater to using mined relevant training datasets and state-of-the-art deep learning techniques,” shares Alok. The platform factors in the possibility of lower resolution, facial features of the local population, worn-out documents, shadowed, blurred or skewed images, etc to match human cognitive skills. And, AWS Managed Services have been foundational to developing these features and capabilities.

“The AWS Cloud has the best serverless offerings that helped us optimise the development cost without worrying about the scale. Since then, we have built quite a lot on top of serverless frameworks like AWS Lambda and Amazon API Gateway. This has not only helped us achieve continuous scale at run time, but AWS’s compliance to security standards also helped us sail through compliance and information security teams in the highly-regulated BFSI sector,” explains Alok.

Karza’s similarity solutions like name and address matching employ a variety of techniques including deep learning and information retrieval algorithms which makes them computation and data heavy. In order to deploy these services at scale, Karza relies on Amazon’s serverless frameworks like AWS Lambda and Amazon Elastic Container Service (Amazon ECS). Having AWS Managed Services supporting auto-scaling on top of a diverse compute environment combining both CPUs and GPUs helps Karza in deploying these services in a cost-effective manner without compromising on the latency or scale.

In 2020, when RBI permitted video-based KYC, it called for Karza to develop competitive features at aggressive timelines to be able to meet the market demands as well as tap into the business opportunity. Here, Alok explains the advantage of Amazon Kinesis Video Streams for WebRTC, a fully managed AWS service supporting thousands of simultaneous video chats which does away from having to procure, set up and maintain own media servers. Using the streaming service, Karza was able to build a unique video chat functionality in just three weeks. The video chat — connecting a bank’s Relationship Manager to prospective customers within a few seconds — becomes extremely useful when connecting with customers operating from low-network bandwidth areas. This translates into an advantage, explains Alok. “Amazon Kinesis Video Streams’ ability to automatically adjust the video resolution by continuously monitoring network bandwidth is extremely useful for videos KYC where connectivity hiccups are common or expected,” he says.

Leveraging a number of serverless frameworks from AWS, and integration of Amazon Kinesis with some of these existing managed services had been extremely simple for Karza. “Whatever extra functionalities we need, with Amazon Kinesis, we are able to easily plug in another AWS component which we are already comfortable or familiar with, translating into faster development turnaround time. Creating something on top of Amazon Kinesis is easier if you’re already on AWS,” Alok says.

So far, since its inception in 2015, Karza has developed 350+ APIs to help banks, financial institutions and payment platforms digitise their operations, monitor transactions and mitigate risks. Karza has been adopted by 250+ leading players across the entire BFSI spectrum. “This not only talks about the applicability of the platform across BFSI use cases but also ensures that these solutions are tested at scale and diversity,” says Alok.

In addition to its recent focus on customer onboarding solutions, Karza has a strong portfolio of solutions across risk mitigation, due diligence, investigations, shell entity identification, and corporate governance across banking, payments and insurance. “We process over 30 million transactions per month for our cognitive offerings. And, this has helped our BFSI clients achieve 7x growth and wider market penetration, reduce underwriting and onboarding costs by at least 70 percent, and prevented $325 million in frauds,” says the CTO.

test your business creativity with Edition 30 of our quiz!

How to Build a Personal Brand & Never Apply for Another Job Again!

How marketing and PR will help you sail through COVID-19

Google Vice President Caesar Sengupta to step down from the company

Entrepreneurial aspirations are growing, but with consciousness, says Sameer Guglani of Supermorpheous