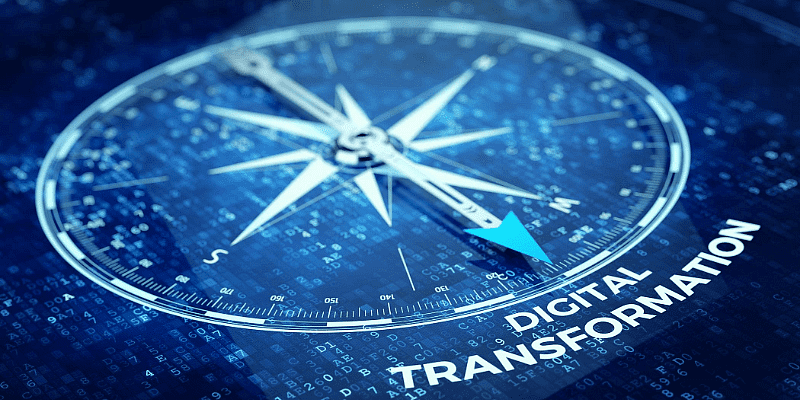 The repercussions of the COVID-19 pandemic on the economic landscape has, in some ways, defied conventional wisdom. The onset of the pandemic and large-scale, nationwide lockdowns had pushed market watchers to predict an economic recession that would dwarf the 2008 meltdown. And soon enough, we saw a steep drop in markets. In March 2020, the Dow-Jones index lost a third of its value in just a month’s time. Across the globe, the scenario was not much different.

But by the end of April, something peculiar began to happen. The global economy began recovering its losses. Although the pace of this recovery was not equal across regions, there was still a marked improvement in nearly every quarter.

By the end of October, the GDP in the eurozone had grown by 12.7 percent. According to the IMF, by 2023, EU recovery funds are expected to drive GDP growth 0.75 percent higher than originally expected.

Much of this phenomenal recovery has been chalked up to the rapid adoption, driven in part by digital technologies.

The pandemic and subsequent outbreak containment measures have forced businesses to accelerate their digital transformation journey. Digital solutions that were ‘should-have’ in the pre-COVID-19 era have become a ‘must-have’.

As a result, organisations and governments have progressed at warp-speed on their digital journeys during these past few months, pushing efficiency and productivity across the board despite the various constraints associated with the situation.

A recent Digital Acceleration report by HCL Technologies has revealed that almost 88 percent of organisations now have a well-developed formal digital transformation strategy.

The Asia-Pacific region suffered the brunt of the pandemic. It has also seen one of the greatest rates of adoption of digital tools. In the ANZ region alone, only 41 percent organisations considered digital transformation a board-level concern in the pre-COVID-19 age. Today, that number stands at 65 percent.

These developments contain key learnings for the economy as a whole, across regions and industries.

It has now become abundantly clear that the key to a successful economic recovery and subsequent growth, will require business leaders to marry two organisational sub-areas that have often been viewed as distinct: technology and culture. As we race ahead towards a digital-first future, the line that separates the two seems to be blurring quickly.

Let me make my case by starting with the technology bit.

One of the major impediments to the pace and success of the digital transformation wave is the stronghold of legacy technology and outdated data management models.

According to the HCL Digital Acceleration report, data security and governance concerns (40 percent) and legacy technologies (35 percent) are two of the most pressing threats to digital acceleration.

Large enterprises – organisations that were major adopters of technological innovations for the last couple of decades – tend to rely on infrastructure that comprise hundreds, if not thousands, of disparate systems. All these systems drive a treasure trove of data that can help decision-makers grow their business.

However, the lack of seamless, unified data platforms and the resultant data-silos meant that this data largely remained under-utilised and impotent.

And because of this, the need for future-proof data security and governance model was largely ignored.

But the times are changing.

The breaking down of data silos began sometime before the pandemic hit us. This was at a time when industries were gradually waking up to the concern of changing consumerism patterns and had identified under-utilisation of data as the key obstacle. Even in 2018, a significant number of businesses (49 percent) were focusing on delivering value through data analytics.

The COVID-19 pandemic, however, has greatly accelerated technology adoption. Today, a significant number of businesses are placing their faith in technologies that were considered new-gen in the relatively recent past. For instance, the Digital Acceleration report reveals that 41 percent of organisations are planning on investing in big data analytics, AI, and automation, while 39 percent plan on investing in the internet of things (IoT) and edge computing.

The combined approach of advanced technology and data governance could result in a widespread data liberation movement, and the much-needed decoupling of core IT transformation and digital business transformation.

The success of the digital transformation hinges completely on the ability and enthusiasm of the people who will ultimately use the technology. This requires striking the perfect balance between talent and culture. This is no easy task. Because in addition to legacy technology and data governance concerns, lack of in-house skills is one of the most cited threats to digital acceleration.

With automation taking centre stage, organisations need to now shift focus to leveraging AI platforms to empower the workforce. By utilising cognitive systems, enterprises can begin to automate business-as-usual tasks, leaving room for them to prioritise the growth and nurturing of in-house skills.

Any organisational change must be built on the back of a strong people-centric technology culture. To ensure an outcome-driven digital transformation, those at the highest tier of the organisational hierarchy must play a starring role.

The first step in the complex process of digital acceleration is making it a board-level priority.

In order to introduce a culture that promotes innovation, agility, and dynamic workflows, an organisation’s leadership must stand up and take the wheel.

It takes a village

Time and again, we have seen digital transformation initiatives fall short of expectations either because of a lack of planning, the wrong selection of tools, a lack of the right skillsets, or missteps in the execution. Perhaps the most notable learning from recent digital acceleration initiatives is the fact that you can’t cover the distance alone.

This is where a strategic partner ecosystem comes into play. Businesses must focus on accelerating their digital transformation through technology partners to expedite immediate necessary technology changes. The right strategic partner can ensure an efficient, seamless, high-impact transition, and can also help scale in-house skills.

There is an urgent need to foster a culture of close-knit collaboration between culture and technology. Businesses need to implement a digital transformation strategy that empowers employees and at the same time, fortifies the tech infrastructure. This means a comparable, if not equal, focus on enhancing skills and enhancing digital capabilities. A strong partner ecosystem can help you get there.