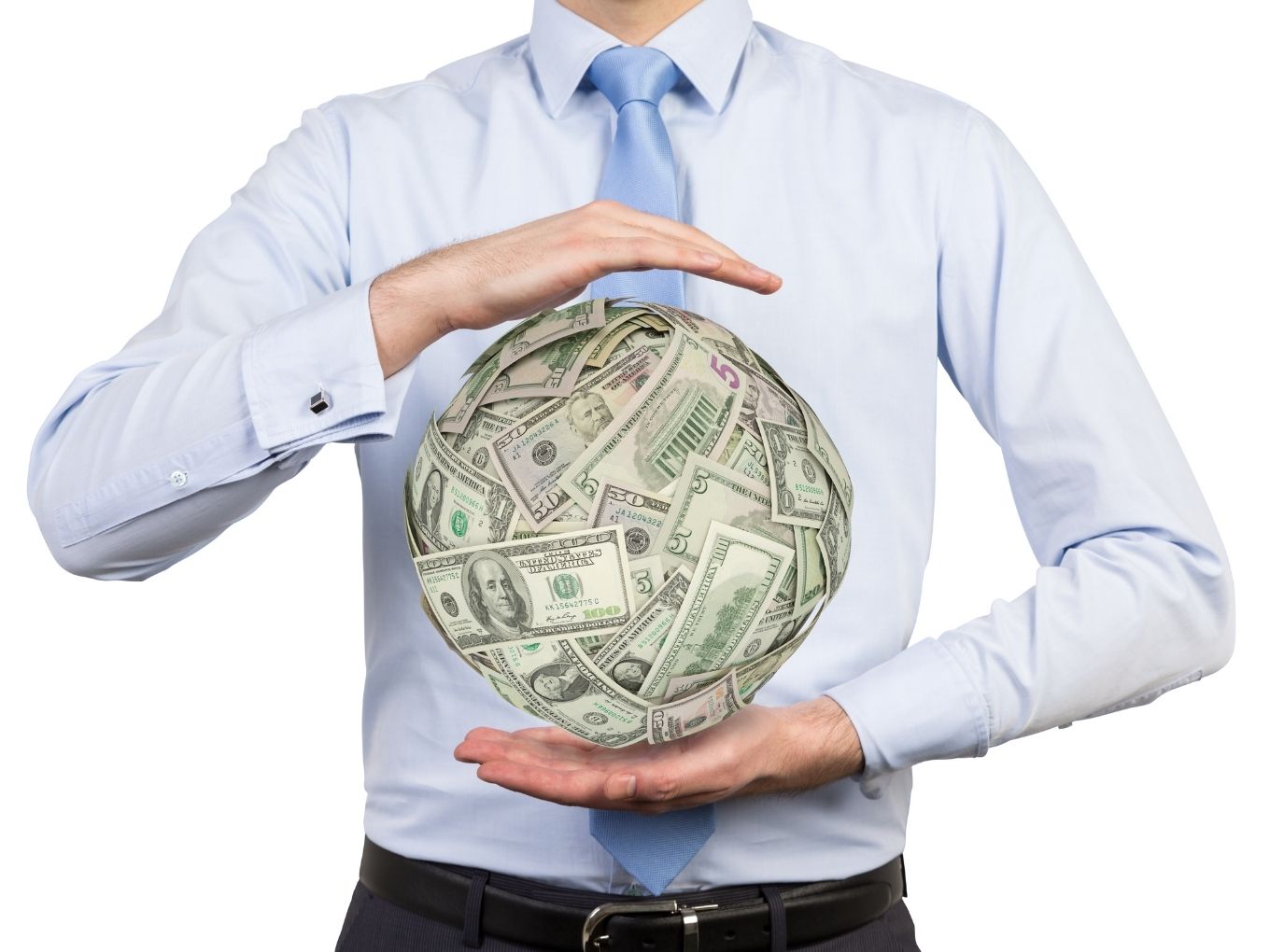 Private equity (PE) funds keep an eye out for disruptive companies that show promise of high return investments. These funds generally have an exit plan of around 4 to 7 years from their investment date.
Predominantly, PE funds prefer the strategic control in investee companies as their focus largely lies on the return on investments.

Having said so, there are several fund houses that prefer being actively involved in the day to day functioning of their investee companies – a proposition that has its own pros and cons vis-à-vis a PE investor.

The Covid-19 pandemic has impacted all businesses and economy and PE funds, the world over, are no exception. The severity of the financial adversity caused by Covid-19 causes one to have flashbacks of the 2008 US subprime crisis.

One may recall that during the subprime crisis of 2008, most PE funds had adopted a cautious investment approach.  Markets world over suffered blood baths as stock prices pulled down the shutters of some of the biggest names on Wall Street, some of whom had already marked their birth centenaries.

Since 2020, PE Funds have had to ride a year filled with extremities. There have been a few smart and more experienced fund houses that have also have gained from the recovery to records high returns, provided they had access to some dry gun powder.

One can expect PE funds to pick up stakes in the battered down sectors such as travel, hospitality, airlines to name a few. Additionally, investors are also considering investments in sectors that have great potential to scale e.g., retail, information technology, telecom, pharma and related sectors which have made exponential gains due to the lockdown restrictions and the emphasis provided on healthcare like never before.

One can notice that investments by PE firms have increased substantially as compared to what it was in the past indicating that PE markets have begun to mature in our country. The spate of foreign investments made by global PE funds in an Indian conglomerate, in past few months in its two emerging business verticals, is probably unparalleled in recent times. Such giant strides by the PE biggies that have the wherewithal imply the renaissance of the investment behaviour and an indicator for introduction of regulatory reforms.

Fund houses that are on the lookout for an opportune investment, need to assiduously make use of their cash arsenal and approach with caution as the Covid impact is yet to recede more so considering the new Covid strains found in UK in other countries.

In the pre-Covid era, non-performing assets (“NPA’s”) were at an all-time rise. Since then, prospective NPAs have theoretically received some breathing space in view of the guidelines and amendments issued by the Government.

The regulatory relaxations have spruced up the interests of the PE firms in making smart investments in the battered down companies and sectors from a long-term perspective thereby eyeing attractive returns.
It would be pertinent to note here that PE firms function differently in India as compared to the Western world.

In India, we have only recently started enjoying the flavour of buyout transactions, which in other countries is quite a common occurrence. While on one side, we see that businesses are trying to adjust to the ‘new normal’ and deploying newer techniques to stay afloat during these trying times, PE funds, on the other hand, are in a uniquely advantageous position as they have a platter of investment opportunities placed in front of them.

Given the changed scenario, thanks to COVID-19, PE firms are now eager and willing to acquiring controlling stakes in their targets with carefully and smartly worded contracts – since having control has its own pros and cons. Having said so, it would certainly be challenging for PE firms ‘to have their cake and eat it too’.

With fund houses that are interested in acquiring controlling stakes in companies undergoing the corporate insolvency resolution process (CIRP), these opportunities seem quite conducive for cherry picking their targets as they can acquire the entire company/assets at throwaway prices akin to a shopper splurging on one of those ‘shopping carnivals’ with discounts galore.

IBC Companies Up For Sale And Factors That Interest PE Firms

Smarting from their past lessons, PE firms seems have taken a liking to pick up controlling stakes and pave their own way for an exit rather than depend on promoters which has largely been the case. The buyout deals are influenced by the instances where promoters are not cash rich and more so battered by the Covid effect.

On the other hand, PE firms, especially the ones in the stressed assets space, come to the aid of the ailing companies and their promoters to revive them by picking up strategic stake and eye sizeable returns in the bargain. The recent amendment to the insolvency law thereby protects the acquirer from the erstwhile violations of the promoter should provide some booster of sorts for the acquisition spree through the insolvency mode.

The reforms in the IBC arena aims to act as a catalyst to the PE and buyout firms as they could provide the requisite monetary life support to distressed assets and aim for their revival which in turn could benefit the economy as a large – did one say a possibly a win-win situation?

Additionally, the Covid outbreak has led to the emergence of PE funds specifically focussing on stressed and battered assets primarily aiming to make strategic investments and revival of distressed assets. Although such distressed assets might take time to revive, with the assistance and the risk appetite of the strategic investors, one can hope that these distressed assets are able to come out of their wilderness and the PE support proves to ‘jump start’ these ailing firm back to life and aim for its zenith.

The premise of effective IBC resolution lies delicately on the timely implementation process. Negotiations play an important role in any acquisition transaction, be it via a distressed sale or otherwise and negotiations do require a certain amount of time. However, with the COVID induced economic slowdown may elongate the negotiations unlike seen earlier.

On the other hand, due to the time bound resolution process, there is also the bright side of the transactions closing at a brisk pace as it would otherwise consume, in the non-IBC era.

While companies under the IBC route serve as a great opportunity for PE investors, it is also pertinent to note that the IBC is still an evolving law and hence continuous amendments may result in increasing uncertainty of timelines which may prove to be dampener of sorts for the PE firms.

PE funds have a plethora of investment options and are significantly cash-rich. Due to these two factors, investors may prefer to pick and choose their targets and consider qualitative filters while considering an investment option as unreasonable exuberance at this stage could prove fatal.

For investors, factors such as the quality and valuation of assets play a determining factor while finalising such acquisitions. These factors help sieve through the number of eligible prospective resolution applicants. Another important consideration for investors is to view investments opportunities based on their preferences for instance sectors wise which would be advantageous for the competitors would benefit them as compared to other private equity firms or buyout firms.

Investors may want to understand several aspects prior to taking over a certain entity. Certain important factors include understanding the reason behind the defaults of the debt, the status that investors would get after their investment have been ploughed into a company, the nature of the industry, the nature of the assets etc. For an investor to be completely acquainted with the nitty-gritties of each company may require a considerable amount of time.

With the current economic and health crisis presented by the Covid pandemic, coupled with the restrictive timelines stipulated by the IBC, all stakeholders involved have had to resort to digital means of communication and engagement.

Another unique challenge is that virtual data rooms have become the new mode of interaction thereby making due diligence and site visits a challenging task. Filing appeals has become a new norm, especially by the unsuccessful resolution applicants which cause delays in the entire acquisition.

Litigations initiated by creditors also cause unnecessary delays in finalising the resolution plan thereby diluting the strict timelines set out in the Code, which not only cause an impact on the valuations undertaken by the resolution applications but also put the entire implementation process off track. This might arise several qualms in the process.

Thus, the very attractive proposition of the IBC providing a time bound closure could prove to be counterproductive and keep the PE investors away if the process gets dragged chiefly thanks to the

litigating parties in the IBC process, where such litigations are generally excluded from the time bound factor.

However, these hiccups can be managed with planning effective re-structuring models.

Prior to making any investments, a resolution applicant /investor has several considerations to factor in which need not be limited to the availability of liquid funds, the value of the assets and the liabilities of the corporate debtor/target company, the feasibility and the viability of the prospective resolution plan, consequences of several factors like business downturn, change in the valuation due to unforeseen circumstances, delayed repayments, non-ability to raise funds.

Investors have to be mindful and cautious while making such strategic decisions since apart from the clauses incorporated in contracts, the only safeguard which the PE firms could possibly make use of is the remedy under section 56 of the Indian Contract Act, 1872 which has its own practical interpretational challenges.

Therefore, with the clouds of Covid-19 still hovering around, it is imperative for the prospective investor to conduct a thorough due diligence of the corporate debtor, study the market scenarios, ascertain the funding requirements, incorporate appropriate clauses which would safeguard the resolution application with respect to several liabilities known and unknown and more importantly factor the time element which may be consumed in litigation as not factoring the same earlier could throw the commercial calculations of the PE firms for a toss.

Although the current situation does provide several unprecedented challenges but at the same time, it also provides inimitable opportunities to the investors who are armed to take up the risk in the ‘new normal’. As they say, you have got to deal with the thorns should you desire the roses. One need not look far beyond for inspiration as one only needs to look at the shining example of a lotus whose evolution to a beautiful flower is initially met with countless impediments, but once fully bloomed, stands as an anecdote of triumphing against all odds.

5 Common Laptop Issues and How to Fix Them