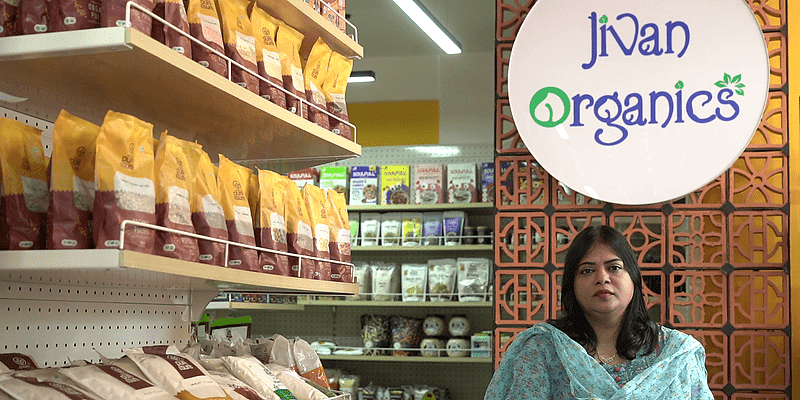 When Saritha SS first started harvesting vegetables without using any chemicals back in 2013, no one took her seriously. Today, she is successfully running Jivan Organics, an organic food retailing business in Bengaluru.

An ardent believer in the benefits of meditation, Saritha was drawn towards spirituality from a young age and used to conduct free meditation camps in schools and colleges. It was during one such session that a student asked her if one could treat all diseases with meditation that got her thinking. “After talking to a meditation expert, I realised that people were suffering from various diseases due to the kind of food they were having. Indians have always been eating food products grown without the use of chemicals. It was only later that the use of chemicals was introduced in farming in India to increase yield.”

The realisation goaded her into giving up her corporate job and turning an entrepreneur in 2013. She began by visiting farmers and agricultural experts and learning about the basics of organic farming. She then went on to grow organic fruits and vegetables in her garden and supplied them to friends and family. “As the demand started increasing, I was unable to keep up. By then, the awareness about organic farming was spreading among the general public and I started meeting organic farmers associations who agreed to supply vegetables and fruits,” says the 42-year-old entrepreneur.

She opened the first Jivan Organics store in October 2014 in Yelahanka Newtown in Bengaluru. Initially, the store sold millets, cold pressed oils and organic fruits and vegetables. Over the years, she has added stoneware and earthenware utensils to her range. By November 2020, Jivan Organics was bringing in a revenue of around Rs 19 lakh.

While other businesses were crumbling after the nation-wide lockdowns due to COVID-19, sales were skyrocketing at Jivan Organics. “We saw more and more people being drawn towards organic products due to health concerns,” says Saritha.

Talking about her future plans, Saritha says that she wants to make organically produced food more affordable for the common man. “I feel having good and safe food is every human’s birthright.” She plans on expanding her brand into Tier 2 cities next.

Saritha is among the 24 women entrepreneurs who are participating in the GAME Xcelerator Bangalore programme and is looking forward to hone her leadership skills during the sessions Xcelerator Bangalore is a programme for women entrepreneurs in Bengaluru. It helps women scale ahead by bolstering their businesses. “I want to learn about sales and marketing and how I can hire an efficient team and to increase Jivan Organics’ brand value,” says Saritha.

Xcelerator Bangalore aims at accelerating the growth of women-owned businesses in Bengaluru and provide support to growth-oriented women entrepreneurs across sectors and support them to learn, collaborate and network with various stakeholders through a multitude of workshops, learning and mentoring sessions. This series highlights the work of 24 women entrepreneurs who will be participating in the first cohort of the Xcelerator Bangalore programme.

7 Technological Developments That Will Transform Future

BYJU’S in talks to go public via SPAC at $48B valuation: Sources