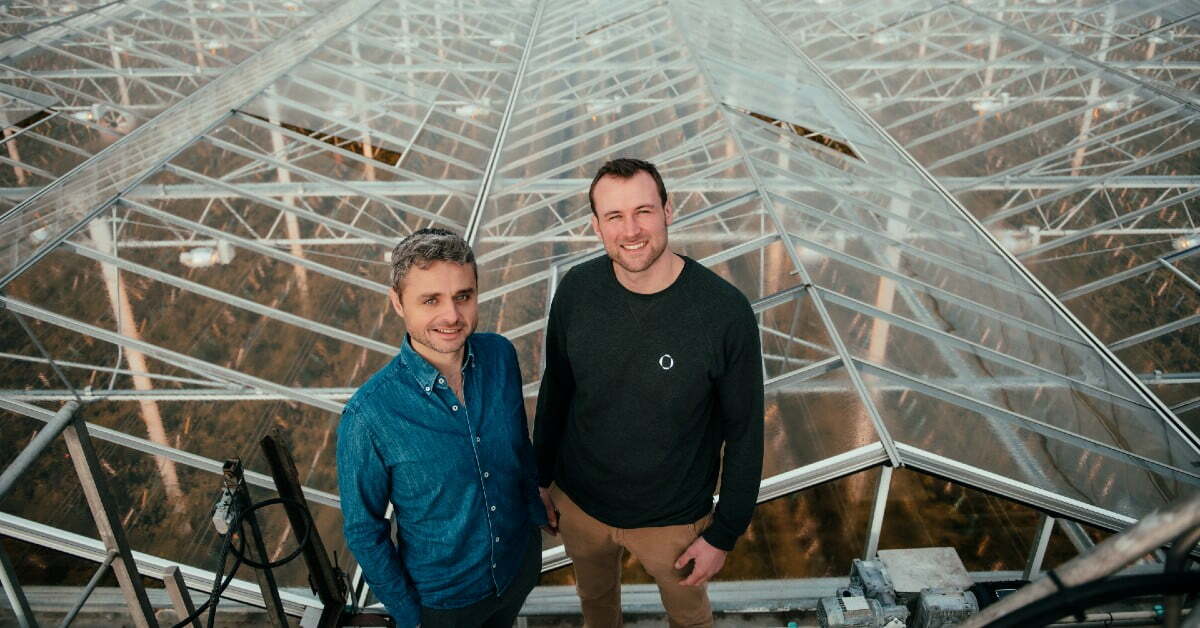 In 2020, between 720 and 811 million people faced hunger, says the United Nations in its The State of Food Security and Nutrition in the World (SOFI) report. With nearly one in three people not having access to adequate food in 2020, the situation shows how the world is at a critical juncture when it comes to access to adequate and healthy food.

“Conflict, climate variability and extremes, and economic slowdowns and downturns are the major drivers slowing down progress, particularly where inequality is high,” the report says.

The dire situation calls for bold action and startups are turning to AI to not only predict the climate variation but also how to access healthier diets. One such startup is Amsterdam-based Source.ag, which is aiming to democratise access to fresh fruit and vegetables with AI-powered greenhouses.

The origin of Source.ag is centred around the need to rethink how we go about things in a world that is losing access to natural resources and the constant impact of climate change. Ernst van Bruggen and Rien Kamman, co-founders of Source.ag, also saw this change but instead of being spectators, they catapulted themselves into action.

Their contribution is an AI-powered software that helps growers produce more fresh fruit and vegetables. Kamman says that global agricultural activity is already using about 40 per cent of all habitable land and about 70 per cent of all freshwater. Yet, it is also the one contributing 25 per cent of CO2 equivalent emissions.

Despite that footprint and impact on our environment, agriculture is still not able to provide sufficient fruit and vegetables. “There are 3 billion people that don’t have access to affordable fresh produce and this is where we want to contribute,” says Kamman.

To solve the problem, Kamman and Van Bruggen looked at ways that technology can help scale up proven growing solutions. Kamman says there is no singular solution to the problem and there is a need for a whole plethora of solutions, from regenerative agriculture to new CO2 capture methods.

Greenhouses, Kamman says, have covered agriculture more broadly and will play a key role in improving food safety. Why greenhouses? Because they need a fraction of the water, don’t require any arable land, and can be put almost anywhere. They are also climate resilient and can produce yields of up to 15 times higher.

Kamman says the greenhouse is a “beautiful piece of technology” but difficult to scale without any innovation. It’s also complex to operate. In order to solve these constraints, Source.ag has built a digital system that supports growers in finding the right way to grow their crop.

The system is designed in such a way that it guides growers to get the most out of their crop in an efficient and sustainable way. “The whole goal is to make it much easier for growers to be successful, so they can operate more facilities and see their results increase. And all that should lead to increased produce availability at a better price point globally,” Kamman explains.

They knew the impact software can cause and then brought that technology fused with AI and machine learning to an industry where they can create maximum impact. With indoor farming still not that familiar to growers, Kamman acknowledges they stumbled through some learning curves.

Kamman says, “You can have very high tech indoor farming where you control everything all the way up to the lighting. But there’s a lot of options between the super high tech and, let’s say, pure open field farming.”

Source.ag works by reaching out to growers and explaining the impact possible with an efficient greenhouse for growing. It is already working with a number of European growers. With growers knowing each other, there is also a strong word of mouth support coming its way.

As a startup in the agritech industry, Source.ag is focussing primarily on fresh produce like fruits and vegetables. Kamman says three billion people around the world don’t have access to sufficient fresh produce.

While there is innovation happening in regenerative agriculture, Source.ag wants to be a copilot to growers in the fresh produce market. “I think this transitioning to more indoor, controlled or covered forms of agriculture should also result in more resilient food systems and more locally produced food that provides people with healthy food options,” Kamman says.

Even though Kamman calls Source.ag a copilot to growers, it is mostly a technological support system. The startup cracks the biological puzzle with a deep understanding of the plant. Source.agdecodes how a plant will react under different circumstances by collecting data about the plant and factors such as plant climate, irrigation, pruning, et cetera.

With this data, Kamman says Source.ag is able “to train algorithms that really understand the plant and use that knowledge to help the grower.” For a grower, Source.ag offers the most optimal strategy for them to get the best yield in their location.

Source.ag was founded in November 2020 and in just 18 months, it has begun to crack the complex nature of growing crops and plants. Kamman says their mission is global but it began its journey locally in the Netherlands. “The Netherlands is an amazing place in terms of agriculture. It has great universities offering a lot of knowledge, and amazing growers and farmers,” says Kamman.

On expanding beyond the borders of the Netherlands ,Kamman adds: “We have quite some discussions internationally on how we can actually also help other regions transfer to different food systems.” .

In order to scale globally, Source.ag is building its systems in a way that is scalable beyond climate regions, locations, or crop type. It raised $10M in March to further its global ambition. The funding, Kamman says, will be used to accelerate the work it does across different regions.

In order to grow, the startup plans to raise capital again in the future. The team of 50 people at Source.ag comprises data scientists, software engineers, and plant scientists. To grow globally, Source.ag needs to find a perfect mix between real engineering, data science, plant science, and broader industry knowledge.

Rise is an “exchange of ideas”

Kamman says Techleap.nl’s Rise programme is an exchange of ideas and insights. As part of batch 7, Kamman says Source.ag was able to address the challenges of starting a fast-growing company with eight others in the same boat.

“There are many things that you need to solve for, from technology to the team to sales. It’s just a big puzzle. And being among other founders that are in the same phase is actually super valuable,” he says.

He says speaking to scale icons and the Rise community helped to understand what’s ahead of us and what can be done already to have the highest chance of success. “I think the network of just meeting entrepreneurs from the Netherlands that are in the same phase or a little beyond has been super valuable to us to sharpen our thinking,” he adds.

More growers around the world

Every startup has a vision and Kamman says Source.ag envisions a world where there are more growers across the world growing healthy food. He wants to see Source.ag enable these growers to run a successful, profitable business leading to better access to fresh fruit and vegetables for consumers.

Regardless of the timeline, Kamman says Source.ag supports twice as many growers now than a year ago. He then quickly adds that the ultimate goal is to support ten times as many growers.

Bags To Display A Number To Report Speeding Riders: Zomato

How to Stay Dedicated While Running an Online Dispensary Business

What It Means For Indian Startup Founders