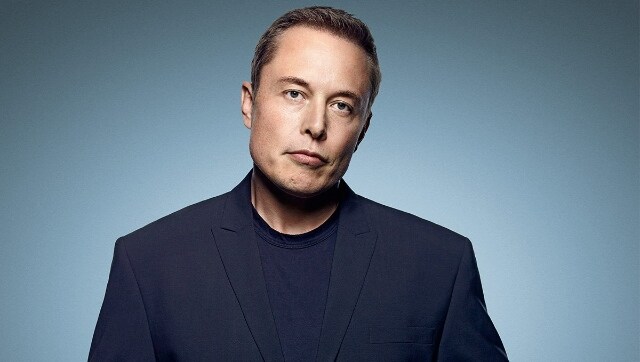 Pop culture will have you believe that Elon Musk is the real-life Tony Stark, and for good reasons. Having acquired Twitter for $44 Billion, the eccentric tech mogul now has one of the most futuristic portfolios among all billionaires. Elon Musk’s history as a tech entrepreneur has been coloured and varied. From his days at PayPal to his recent acquisition of Twitter, the tech mogul has had one of the most diverse portfolios of companies that have proven to be revolutionary in their fields.

One of Musk’s first ventures was with a company called Zip2, which he co-founded with his brother. Zip2 developed and sold a very basic internet-based city guide that helped news outlets and media organisations streamline their distribution and asset allocations within an urban setting. They had obtained contracts with The New York Times and the Chicago Tribune. In 1999, the company was acquired by Compaq for $307 Million, with Elon receiving $22 Million for his shares.

His Stint At PayPal With the proceeds that were received from the sale of Zip2, Elon would go on to establish X.com, one of the world’s first online bank, which provided online financial services and e-mail payment facilities. They would later merge with one of their competitors, Confinity, which would lead to the formation of a new company called PayPal. PayPal has been crucial in making online financial transactions safe and encrypted. It was also responsible in making online transactions a mainstay feature of the Internet. Musk was fired from the company in 2000, mainly due to his managerial style. Because he had retained 11.72 per cent of the company’s stock, when PayPal was finally sold to eBay for $1.5 Billion in 2002, Musk received $175.8 Million, which he invested in his next venture, SpaceX. This is where Elon Musk set himself apart from the rest of the world’s wealthiest. Musk had for long envisioned that Humans would eventually set up a colony on Mars, and that space transportation would be the future. With SpaceX Musk’s objective was to establish a space travel system that wouldn’t be prohibitively expensive and would make space travel cheap and economical. And thus, Musk founded Space Exploration Technologies Corp or SpaceX.

SpaceX attempted to launch its first rocket in 2006, which was a disaster. After two more failed attempts, SpaceX’s successful launch was in 2008. SpaceX has been receiving contracts from NASA and several other space-oriented startups. It took musk and his team of engineers 18 years to post their first year of profit at Tesla.

Not many people know this, but Musk was not the founding member of Tesla. He came on board much later, but led the series A funding for the company in 2004. SpaceX & Tesla Motors, were two ventures that almost bankrupted Musk. Musk would work 18-22 hours on SpaceX and Tesla, overseeing the minutest of things. During this time, he would often sleep at the Tesla factory, and would over 365 days a year. The result of all those hours? Tesla became the most valuable car manufacturer, with almost double the value of Toyota, hitherto the global leaders in car manufacturing. It wouldn’t be farfetched to say that it was Tesla who made mass production of electric cars look viable, and started making ICE automobiles look archaic. It took Tesla 18 years to register a full year of profit.

Along with Tesla Motors, Musk was also involved in Tesla Energy, which was previously known as SolarCity. SolarCity was one of the major players in developing and installing solar panels in and around the state of New York. Having funded the company initially, Musk acquired SolarCity to develop battery technology that would be capable of powering the cars that Tesla made, and eventually entire cities.

Musk has been very vocal about the need to regulate or rather steer the development of AI in a certain direction that would allow Humans to have perpetual control over Artificial Intelligence. For this, he founded OpenAI, a not for profit artificial intelligence research company that would develop systems to counteract large corporations and governments who may gain too much power by owning super-intelligence systems. In 2018, Musk relinquished his position on the board of OpenAI, in order to avoid conflict of interests, as Tesla too, had started dabbling with AI, for its Autopilot or self-driving systems. In 2016, Musk co-founded a neurotechnology startup called Neuralink, whose objective was to integrate the human brain with artificial intelligence and come up with embeddable devices that would close the gap between intelligent machines and humans. Such improvements could enhance memory or allow the devices to communicate with software more effectively. One of the earliest demonstrations that Neuralink gave, showed a device that could cure paralysis, deafness, blindness, and other disabilities albeit with some major limitations. All of Neuralink’s work have been prototypes, with most of them still being in the research phase. This was in extension to Hyperloop, which he founded in 2013. The objective of Hyperloop was to create a transportation system using a vacuum tube train. Although there have been no working prototypes of the system or of the pods that would be used in the system, Musk has already received contracts from a number of cities in the US. For a long time, Twitter has proven to be the playground where tech like cryptocurrencies and blockchain gain mass popularity. Because these technologies are more consumer-oriented, and hence draw a number of bad factors like spambots and scammers, and because Twitter was unable or perhaps unwilling to moderate them in any manner, Musk decided to acquire Twitter for $44 Billion. Twitter can also double up as Musk’s own media outlet, given that he has had a rather tumultuous relationship with most legacy media outlets.

With Twitter, one can expect that Musk will change the way people behave and interact online. He may very well bring about, a completely different version of the metaverse, as we know it.

Other countries may follow suit, but ramifications go beyond smartphones and tablets- Technology News, FP

How does it work, and should you use it?- Technology News, FP