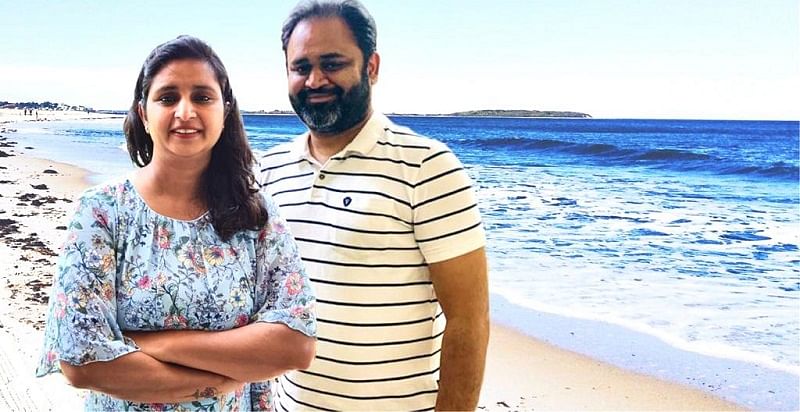 In late 2007, Sanket Gupta had just graduated from Galgotia College of Engineering in Greater Noida. Like many aspiring entrepreneurs, he was brimming with ideas. He could be a retailer, a chocolatier, and a tech entrepreneur.

Four years later, after trying his hand at many things, a discussion on how seafood retail was a 95 percent disorganised industry led him to change tack. It led him to helm seafood startup ﻿United Industries﻿.

“I travelled all the way from Delhi to Nellore and Bhimavaram, in Andhra Pradesh, to understand how prawns were grown and retailed. I also visited local markets, which supplied fish that was at least seven days old. I wanted to understand if individual quick freezing could be a method to get fresh prawn and fish to market,” Sanket says.

In Andhra Pradesh, Sanket began talking to farmers and supply chain solutions providers. Both sides stated that seafood was borderline stale when it entered big cities because it would be “on ice, and not frozen”.

Clear that frozen was the way forward when seafood was being transported, Sanket began trading in seafood like any ordinary trader arranging deals across the country. He did this for six years and learnt the tricks of the trade. He soon realised that he was ready to move up the value chain – from being a trader to manufacturer – and create a brand in the process. He set up a food processing unit in Bhimavaram and worked with over 20 farmers in 30 acres of land to source prawns and fish. And that’s when the brand United Industries was born in 2016.

Today, the company farms and harvests 45 tons of prawns and fish on a monthly basis. After harvest, the seafood is cleaned and individually quickly frozen to maintain freshness for a week.

“This means the fish stays fresh till it reaches the plate within five to 15 days. We have more than 30 customers buying directly from us, including meat ecommerce companies,” Sanket says.

In 2016, Sanket roped in his sister, Shipra Gupta, to take over the marketing and operations of the business. “I was a techie and was working in a couple of IT companies when my brother began expanding business pan-India. From being a trader, he had gone on to set up a factory, integrate farms, and B2B clients. I came in to help him with branding and expanding the operations,” says Shipra.

Both of them began to meet large hotel chains like the Taj Group of Hotels and the Oberois to get them to try and taste their produce. As the quality standards were high – in harvesting, cleaning, and supply chain – United Industries became the go-to vendor for these chains. The company works with 27 HORECA clients.

In 2019, the company started its own B2C brand called Aquastar and began to supply fish directly to consumers. In 2020, just when the pandemic hit, the brand turned to WhatsApp to ensure that operations were not affected. It began to create communities in cities where it operated, including Bangalore, Mumbai, and Delhi, to supply seafood to direct orders on WhatsApp.

“The pandemic hit the supply chain hard for two months. It affected our B2C and B2B businesses. But with seafood being an essential product, we found our way in to retail stores and markets. WhatsApp helped us clear stocks and we were able to work with our farmers in Andhra Pradesh,” Sanket says.

The product range in the Indian industry includes a range of seafood, including fresh such as Vannamie Prawns, Indian Basa, Pomfret, Surmai, Tilapia, Mahi, and Rohu, and frozen produce such as IQF Prawns, Vietnamese Basa, River Salmon, Bombay Duck, and more. It is in trading IQF Prawns that United Industries has made its mark.

The family-owned company’s business model is simple – it buys from farmers at a farmgate price and sell it at Rs 570 and then sells them at a margin in the market.

The startup competes with distributors such as Amigo, Siam Canadian, and Angel Plus. These companies also supply to the HORECA market. According to E&Y HORECA is $55 billion to $65 billion food purchase market in India.

Over the last year, United Industries has reached a revenue of Rs 25 crore. It has big plans for the future: it aims to be a Rs 100 crore business in five years. The company, which doubled its B2B clients in 2021, has plans to invest in its D2C business, and increase its market share in the Northern, Western and Southern markets.

According to Expert Markets Research, seafood is a $15 billion market in India, and poised to double in five years.

“It’s a great market to go after in India. There is increased consumption of protein and seafood is a great way for people to increase their protein intake. United Industries will scale up very fast,” Shipra says.

How AI is revolutionising the video industry

How Cloud accounting based outsourcing can help COVID-19 battered startups

From improved agility to enhanced security, here’s how migrating SAP workloads to cloud can work in your favour

Move over, fitness trackers! Google gets into sleep surveillance with new Nest Hub