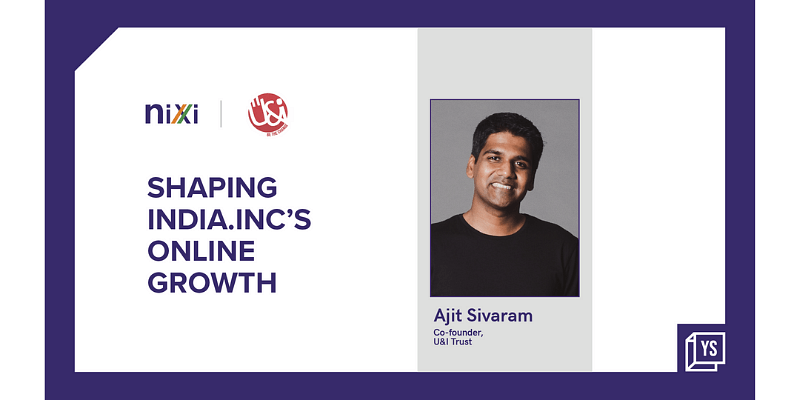 Education is one of the most important factors in every child’s life, but not everyone is fortunate enough to experience it. There are several children across India who aren’t privileged enough to experience what being educated feels like, but there are several NGOs as well that work towards ensuring that every child receives their right to education.

U&I Trust, a volunteer-driven charitable organisation works towards providing non-formal education to children. U&I’s Care program aims to provide care and rehabilitation for mentally challenged children with a vision to transform institutional care in the country.

Founded by Ajit Sivaram and Satish Manchikanthi, U&I empowers more than 2000 volunteers who give their time, talent, and energy so that they can be the change.

Origin of a non-profit organisation

Before starting their journey with U&I, Ajit and Satish would visit the Institute for Mentally Handicapped Children with a few friends every Sunday. They would hang out with the children, play games with them, and clean the compound. This made them realise that ordinary people coming together to take care of the neglected could make a huge difference.

Eventually, the group transformed into a volunteer group of more than 50 people, and around the same time as the outreach, Satish decided to use his HR business’ office space to conduct computer classes for children from a nearby slum. After he and Ajit received a heartwarming response to their gesture, and they realised that the idea of teaching kids through volunteers was worth pursuing.

Ajit says that the major factor that has helped U&I grow is the fact there has been a real movement in the Gen Z and millennial circles to change something in the social sector. “U&I has ridden the wave of people’s increasing awareness that it’s part of their responsibility to do something to help someone in need, and that’s definitely one of the biggest reasons why U&I has grown,” he says.

Speaking about roadblocks, Ajit says that starting off organically was a challenge they faced early on. He adds that building the volunteer model was challenging, as they had created a short-term business plan, and it took them about 2 years to build the model.

Once the model was built, Ajit says that the next challenge was scaling that model, and expanding to different cities was definitely a challenge, but they eventually expanded to 35 cities. The final challenge, Ajit says, is finding funds as a charity.

“Finding sustainable funding so that we don’t have to go back towards every year, and finding the kind of funding that would fuel the kind of impact that we wanted to make was another challenge we faced,” he says.

Ajit says that he is amazed to see volunteers stepping forward and devoting a significant amount of time to helping people in need. He adds that once people start volunteering, they start to find their cause and role in society which encourages them to do good things consistently.

After being established in 2012, U&I slowly grew through word of mouth to 100 volunteers. This made them realise that a digital presence is necessary to tell the world about the work they were doing, to encourage others to step forward.

Ajit says in spite of all the social media craze going around, websites play a huge role in establishing a brand presence. He says, “It’s the only space that’s natively your own. Every other space has its own rules and regulations, but a website is a timeless artefact that people can always visit. We can organise the data we want, show it the way we want, so I think it’s the best way to portray your brand.”

Ajit says that having that .in extension helped them establish that they are an Indian charity, that catered to people in need in the country. “We started in India, are based in India, ideated in India, and so this domain gave us a ‘Made In India’ feel, way before it was a thing,” he says.

Much like U&I Trust, the .in domain has given a new sense of identity to several brands across the country. Managed by the National Internet Exchange of India (NIXI), the .in and .Bharat domains are available in 22 Indian languages, and ensure that budding startups get the wings to scale up and reach their audience successfully.

Looking forward, Ajit says that creating great volunteers has been the cornerstone of their work, and they aim to empower a nation of volunteers. He says that they want to see a million volunteers create social action, create social change in India, and create something that transforms their cities and neighbourhoods.

The ‘Shaping India Inc’s Online Growth’ series chronicles the journeys of startups and SMEs in India and how creating an online presence on the .in or .Bharat domain powered their success stories.

The most resilient Indian startup you haven’t heard of

How mobile apps are transforming the education system