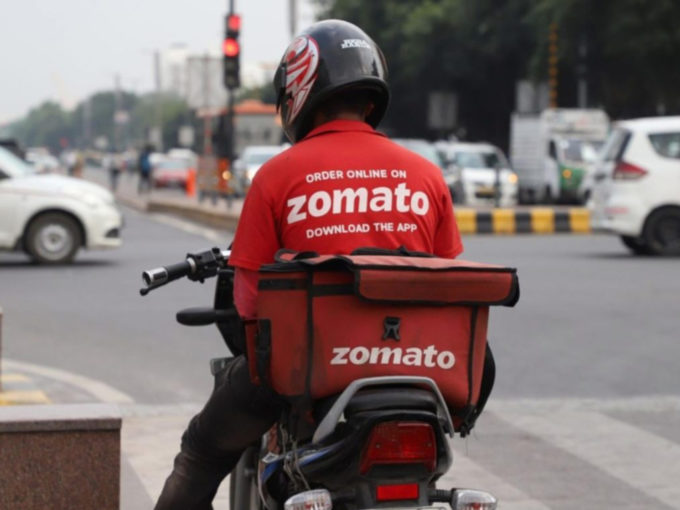 Equity markets research company HSBC Global Research has cut its rating on food delivery giant Zomato and maintains a price target of INR 112 per stock. This is a 19% drop or INR 26 from its current stock price . Zomato’s share traded at INR 135.30 when the market closed

The Deepinder Goyal-led company debuted on stock exchanges on July 23 at a listing price of INR 116, a 52% premium on the INR 76 offer price. In the first week of trading, Zomato’s shares touched a high of INR 147.30 minutes, but it closed the first week at INR 133 on July 30.

HSBC believes that the Indian food delivery sector in the country needs to see higher penetration, and claims Indians are conscious about eating restaurant food. The research firm added that Zomato’s foray into online grocery with the investment in Grofers will result in cash burn, according to a Business Standard report.

Earlier this year, Zomato invested $100 Mn in online grocery startup Grofers to acquire a 9.3% stake in Grofers. The last challenge pointed out by HSBC was that the current valuation of the Gurugram-based startup is too punchy and based on aggressive growth forecasts. HSBC stressed that the evolution of average order value (AOV) along with growing volumes play a critical role in Zomato’s unit economics. Zomato had achieved positive unit economics in FY21 with a contribution margin of INR 22.9 per order on average till Q3, up from the negative INR 30.5 margin in FY20. The company’s average order value per user touched INR 408 in Q3 of FY21, 7% higher than FY20. When compared to pre-Covid times, its average order value increased by 32%.

HSBC noted that with life normalising post-COVID, Zomato will see a surge in volumes led by office goers. It based its forecasts on a 26% compounded annual growth rate for the gross order value (GOV) in the next 10 years. The research note stated that competition from rival Swiggy and Amazon is manageable for Zomato, but added that Zomato’s stock performance could be affected by its expansion into newer areas or adjacent businesses.

Last year, HSBC had pegged Zomato’s valuation at $5 Bn, a sharp rise from its earlier estimates of $ 3.5 Bn. The startup’s $1.1 Bn IPO sought a valuation of above $7 Bn from its pre-IPO valuation of $5.5 Bn.  Last week, among other equities markets research firms, UBS Securities set a 12-month price target of INR 165 per share for Zomato, while initiating a buy advisory at current market conditions. UBS added that since Zomato enjoys is one of the two leading players in the growing food delivery market in India, it expects Zomato to deliver more than 40% revenue CAGR making it one of the fastest-growing Internet companies in the region.

“Not only did online food delivery get a boost globally in 2020, secular factors such as smaller family sizes, lesser time and willingness to cook and increasing affluence also provide a favourable long-term growth tailwind for online food market in India,” UBS Securities added in its report on July 29.

The need for crypto regulation in India