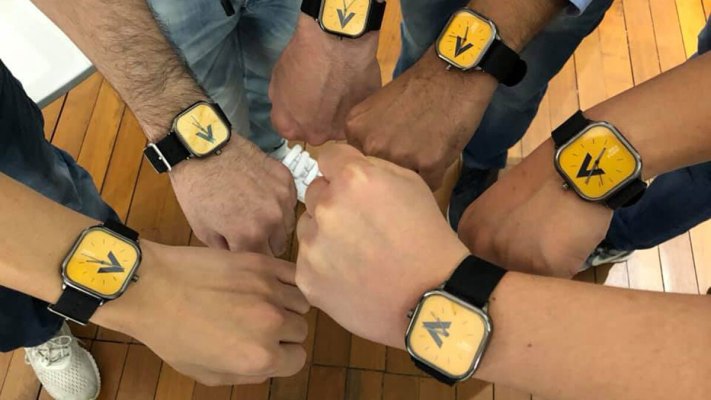 Kara Penn is the mother of four daughters and owner of Mission Spark, a management and strategy consulting company.

And now, thanks to Hustle Fund, she is also an angel investor.

Hustle Fund is coming out of stealth today with Angel Squad, a new initiative aimed at making angel investing more accessible to more people. To more people like Colorado-based Penn.

“We believe that in order to increase diversity in the startup ecosystem, one thing that we must do is increase diversity — whether it be in regard to gender, race or geography — amongst angel investors,” said Hustle Fund co-founder and general partner Elizabeth Yin.

“There’s been this misnomer, or at least I had this incorrect assumption that in order to become an angel investor, you have to be super rich and write $25,000 checks,” Yin told TC. “But the reality is actually in Silicon Valley, there are all these people running around investing $1,000 checks…and that’s something that’s a lot more accessible than then most people might think. And, part of the value of having this group is then we can accumulate a bunch of smaller checks to then write one larger check for a company.”

So far, Penn has invested in five startups across a range of sectors including real estate, food, apparel and finance.

She describes herself as “a complete novice” in angel investing, and so far, she’s loving the experience.

“I love Hustle Fund’s perspective that great hustlers can look like anyone and come from anywhere,” Penn told TC. “I’ve enjoyed being in a supportive community with differing levels of expertise, but where every question is welcomed.”

The experience is also broadening her exposure to technology and AI, the collection and use of data and the creation of new marketplaces in ways she never would have been exposed to before.

“As someone whose own company focuses exclusively on strategy in social impact organizations, I am also looking for how founders identify and bring to market creative solutions to complex problems, as well as exposure to a network of innovative people looking to solve hard issues in smart ways,” Penn said. “This exposure is helping me begin to think about applications of these approaches to difficult social problems.”

For some context, Hustle Fund is a venture firm founded by Elizabeth Yin and Eric Bahn, two former 500 Startups partners, with the goal of investing in pre-seed software startups. The firm has traditionally operated by investing $25,000 in a company, usually with a minimum-viable product, and then works with the team to help them grow. It does around 50 investments per year, according to its website.

It recently closed on $33.6 million for a new fund.

“One of the things most important to us is this bigger mission of wanting to change the way the startup ecosystem is,” Yin said. “I noticed both as an entrepreneur and while running an accelerator, if you have a certain resume, went to certain schools, or were a certain race or gender, you have advantages in starting a company and getting funding. For many people, if you don’t tick those boxes, it can be very challenging. That’s why we’re investing in a lot of founders from all walks of life.”

Hustle Fund Venture Partner Brian Nichols had started a syndicate of Lyft alumni on AngelList. After doing a few deals, he opened up the syndicate to people outside of AngelList.

“I found there was a wide range of people looking to diversify into private markets, from all over the world with all types of backgrounds,” he said. “Hustle Fund and I had similar taste in companies I was investing in and I built a relationship with them in co-investments.”

Today, he’s helping run the fund’s Angel Squad initiative. So far, it has had two cohorts with over 150 investors total and true to the fund’s mission, those investors have been more diverse than typical angel syndicates: 46% of the members are female, 9% are underrepresented minorities and 32% are people who work outside of tech with professional roles such as lawyers, doctors and artists. Just one-third are based in Silicon Valley.

Every week, Angel Squad hosts an event which ranges from networking to a peek behind the curtain at opportunities at Hustle Fund is considering investing in to talking through why or why not to take a meeting with a founder.

“Imagine starting from zero, and if you could skip a bunch of steps and have Elizabeth (Yin) tell you how to do this before you lose a bunch of money in the process of evaluating a startup,” Nichols told TC. “Angel Squad is exactly what I wish had existed three or four years ago when I became interested in investing.”

Silicon Valley, Yin acknowledges, can be intimidating but the reality is that no one is an expert in everything.

“We’re trying to cultivate an environment where people are very kind — we have a no asshole rule, and that is a safe space where people can learn and feel like they can ask questions, and not have to know everything about angel investing. The reality is most people don’t. And we want to bring new people into this system.”

Besides not being an a-hole, other criteria in becoming a Squad Member include being able to add value and being an accredited investor.

“With rounds as competitive as they are today, we are looking for people who want to be actively supportive of the portfolio companies we’re investing in,” Nichols said. “Every person who wants to join the program is interviewed by someone from our team, who asks questions such as ‘What can you help a founder with?’ We are not looking for passive capital. That’s not super helpful at this point in the ecosystem.

How Investors Can Mitigate Risk In Startup Investments

How Startups Should Tackle The Upcoming Downturn