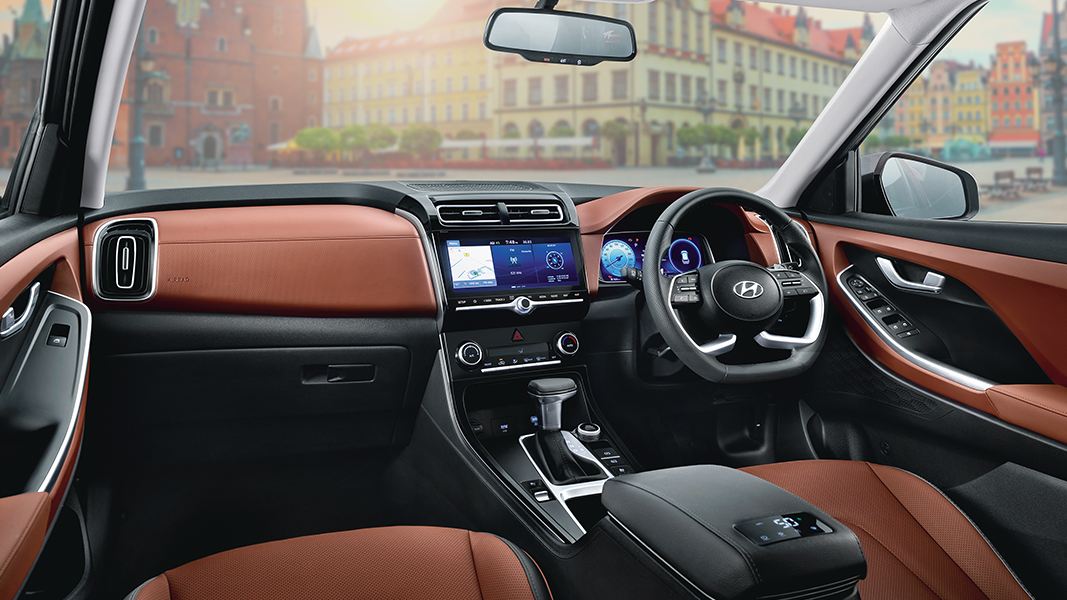 Hyundai India has today started accepting bookings for the Hyundai Alcazar. The Alcazar is the seven-seater iteration of the Hyundai Creta and prospective buyers can book the SUV online or at a Hyundai dealership starting today by paying Rs 25,000. Unveiled in early April, the Hyundai Alcazar is expected to be launched in India in the second half of June 2021. Alongside this announcement, Hyundai has also released the first pictures of the Hyundai Alcazar’s interior. The dashboard is the same as the one in the Creta with the same flowing middle section and centrally placed 10.25-inch touchscreen. Differentiating the Alcazar is the two-tone tan-and-grey colour scheme and the large, fully-digital 10.25-inch instrument cluster. Other notable features on the Alcazar, not available on the Creta, are the 64-colour ambient lighting system, a seatback table for the second row with retractable cup holders and a device tray, side steps, sunshades for the rear windows, a one-touch tumble-and-fold function for the second row and puddle lamps. Carried over from the Creta are the eight-speaker Bose audio system, air purifier, panoramic sunroof with voice operation, Blue Link connected tech and an eight-way powered driver’s seat. The second row can be had with captain seats (six-seat layout) or a 60:40 split-bench (seven-seat layout) while the third row can be folded flat fully.

The big development here is that the Hyundai Alcazar will get a 2.0-litre naturally aspirated four-cylinder petrol engine, unlike the 1.5-litre naturally aspirated and 1.4-litre turbo-petrol engines in the Creta. This unit makes 169 hp and 191 Nm of torque. The diesel engine continues unchanged from the Creta, the 1.5-litre turbo-diesel putting out 115 hp and 250 Nm of torque. Both engines will come paired with either a six-speed manual or a six-speed torque-converter automatic. Hyundai India claims a 0-100 kph time of under 10 seconds for the petrol-manual Alcazar. There will be three drive modes too – Eco, City and Sport; the off-road modes from the Creta seem to have been given a miss. 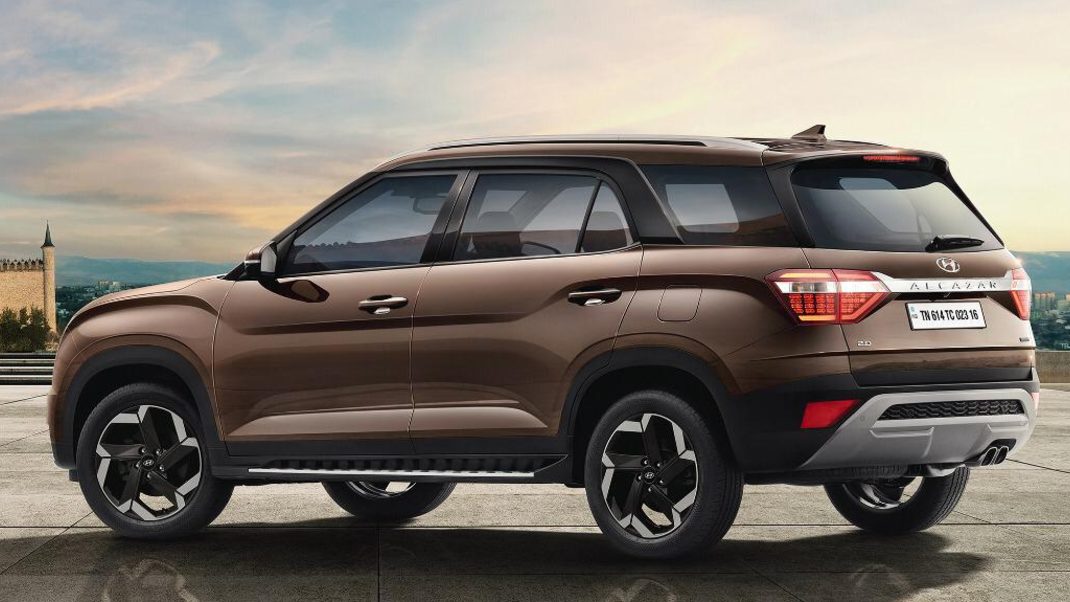 The Alcazar is expected to sport a premium of up to Rs 1.2 lakh over the equivalent Creta variant. Image: Hyundai

The wheelbase of the Alcazar has been lengthened to 2,760 mm. To strengthen the revised architecture, the Alcazar now uses a higher 75.6 per cent of advanced and high-strength steel while the suspension has also been re-tuned to cope with the larger dimensions.

We expect this Alcazar to be priced at a premium of Rs 75,000 – Rs 1.2 lakh over the equivalent Creta variant. The Alcazar will compete with the likes of the MG Hector Plus, the Tata Safari and the upcoming Mahindra XUV500 and Jeep Compass seven-seater.