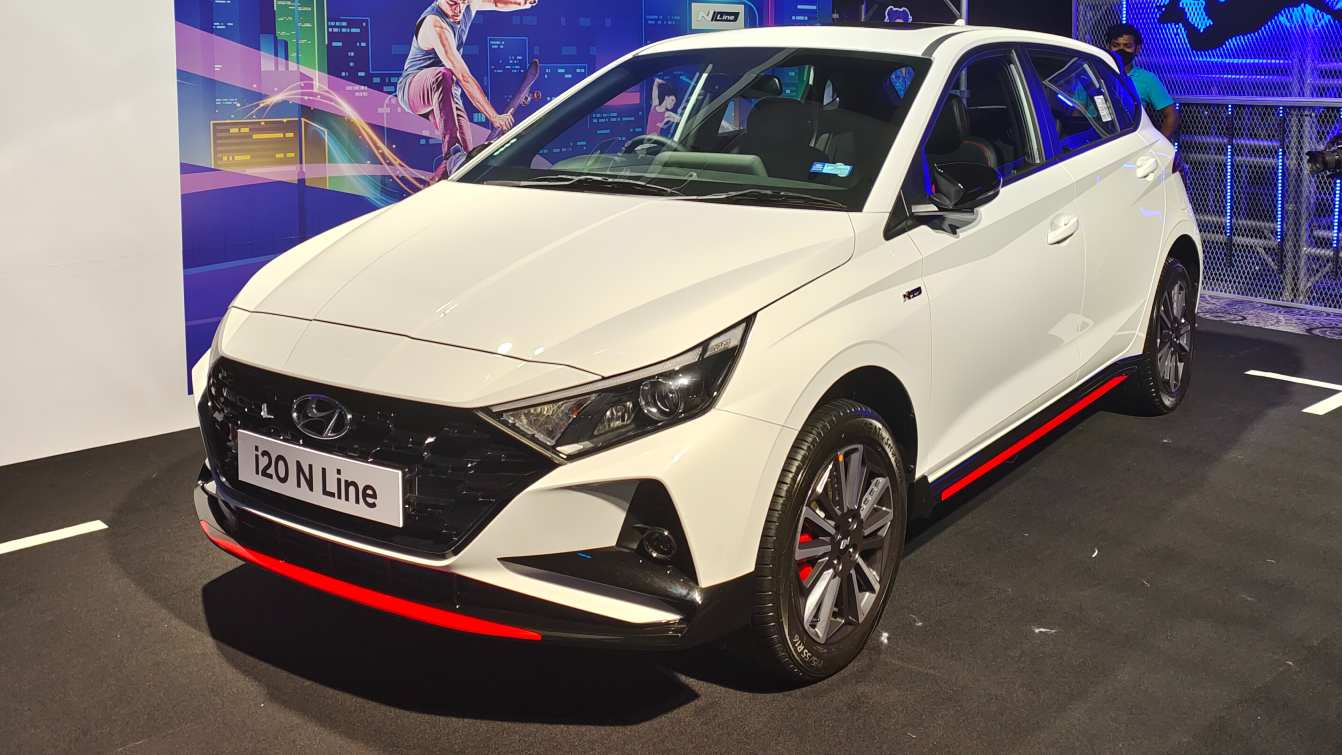 The Hyundai i20 N Line for the Indian market has been revealed in full, with Hyundai India opening bookings for the very first N Line model for our market; the booking amount is set at Rs 25,000 and those interested can now place an order online or at a Hyundai Signature dealership. For the uninitiated, the ‘N Line’ is a step up from standard Hyundai models, as it lends a sportier appearance to everyday Hyundai cars, with an enhanced focus on driving dynamics. The i20 N Line is aimed at driving enthusiasts who’d like to buy something a little more focused, and packs suspension and chassis tweaks that promise to make it a more engaging drive than the standard hatchback.

The India-spec i20 N Line receiving a few changes over the international model, including a red accent for the lip up front and a more prominent faux diffuser at the back. There are twin exhaust tips at the back (with a rortier sound, Hyundai says), which, along with other additions such as a chequered flag-style grille, 16-inch diamond-cut alloy wheels and red brake calipers, help distinguish the i20 N Line from the standard i20 on the outside. The Hyundai i20 N Line promises better driving dynamics than the standard i20. Image: Tech2/Tushar Burman

On the inside, the i20 N Line remains largely unchanged compared to the standard hatchback, but gets faux leather upholstery with contrast red stitching, red accents for elements on the dashboard, a chunkier gear lever, red ambient lighting, metal pedals and N Line-specific motifs. Also new for the i20 N Line are voice commands, which will let owners operate the driver’s side window, sunroof and also carry out more functions.

As for the powertrain, the i20 N Line gets a single engine option – the 1.0-litre, three-cylinder turbo-petrol unit that makes the same 120 hp and 172 Nm of torque as in the standard i20. Gearbox choices include a six-speed intelligent manual transmission (iMT) and a seven-speed dual-clutch automatic gearbox, with the latter getting paddle shifters. There are some tweaks to the chassis and suspension as well – Hyundai says the i20 N Line has a heavier steering with better on-centre feel, increased suspension, enhanced front body and pitch control and improved cornering and high-speed stability.

The Hyundai i20 N Line will be available in four single-tone colours (blue, red, grey and white) and two dual-tone options (blue/black and red/black). The N Line will only be sold via Hyundai’s Signature outlets, which are present in 188 locations across 97 cities. When it is launched in the coming weeks, expect Hyundai i20 N Line prices to be in the range of Rs 10.50-12 lakh (ex-showroom).

Richard Branson, Jeff Bezos have opened up space for travel but not everyone can access it- Technology News, FP