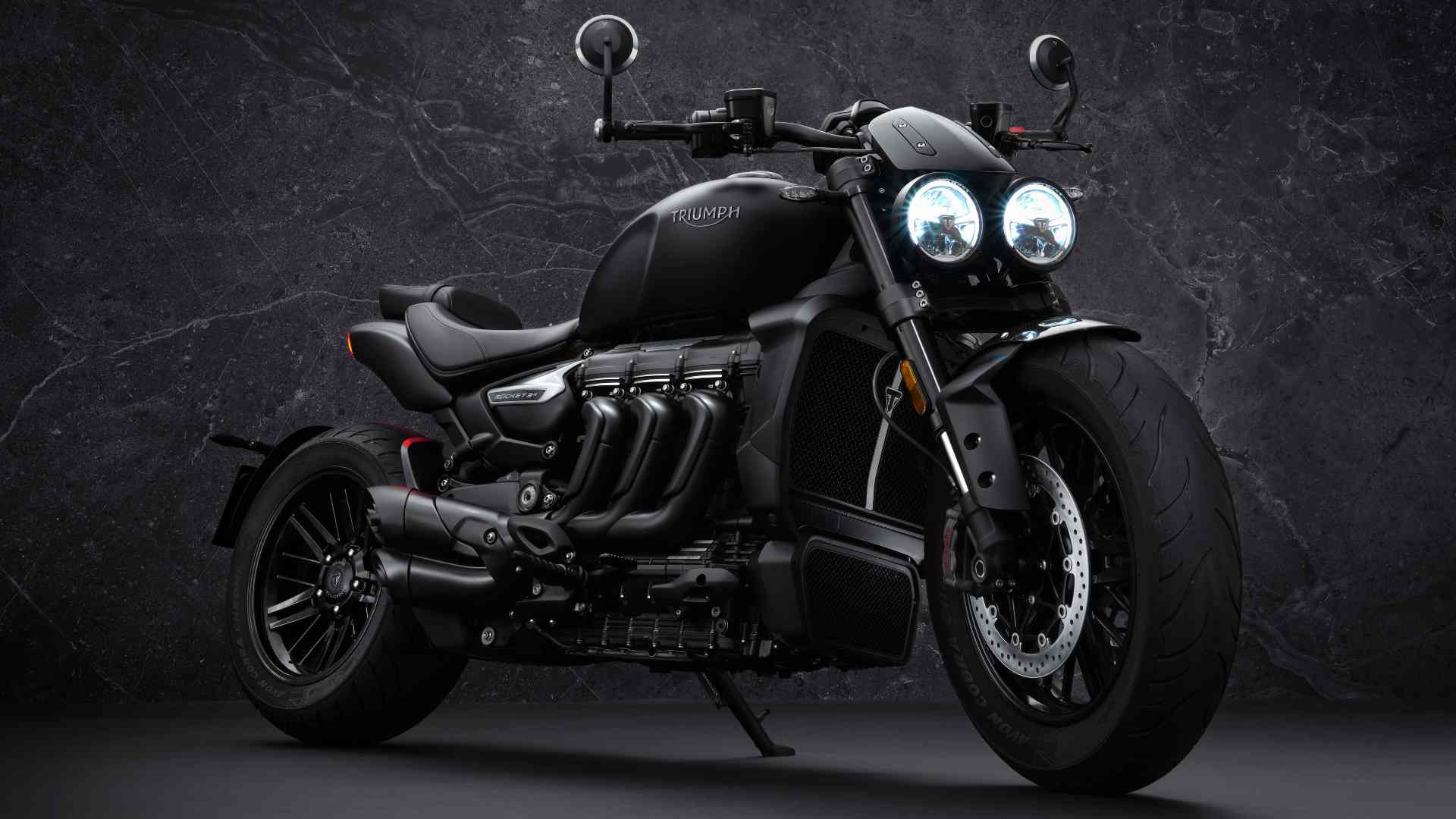 While the Rocket 3 R Black gets a single-tone finish, the Rocket 3 GT wears three different shades of black, which is why it is named ‘Triple Black’. Both bikes feature a carbonfibre front mudguard, as well as blacked-out heat shields, exhaust headers and intake cover. The headlight bezels, fly screen finishers, radiator cowls are all finished in black, as are the brake and clutch levers, brake and gear pedals and bar-end mirrors. Nearly every component of the Triumph Rocket 3 R Black has been finished in… well, black. Image: Triumph Motorcycles

There are no mechanical or feature changes for either of the limited-edition motorcycles, and they continue to be powered by the largest engine for a production two-wheeler – a 2,458 cc, three-cylinder unit that produces 167 hp and 221 Nm of torque. The features, meanwhile, remain identical to those found on the standard Rocket 3 R and Rocket 3 GT.

Buyers of both motorcycles will receive a certificate of authenticity that carries the motorcycles unique VIN number. Production of the Triumph Rocket 3 R Black and Rocket 3 GT Triple Black limited editions will be limited to 1,000 units (each) worldwide. Triumph Motorcycles has announced the limited editions will go on sale in global markets from mid-April onwards, but there is no word on when the India launch will take place. When the bikes do arrive on our shores, expect their prices to be close to the Rs 20 lakh mark (ex-showroom). 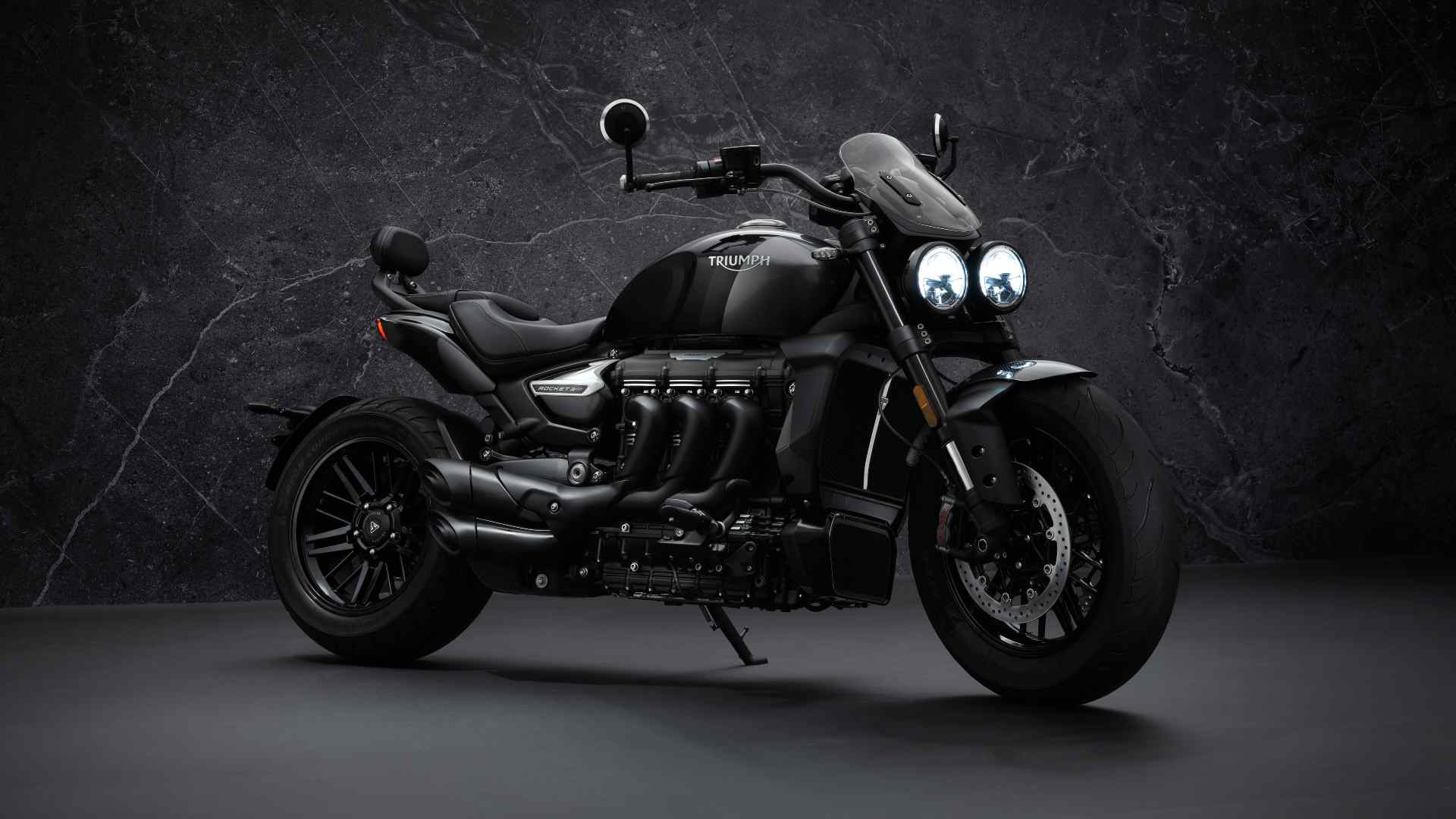 During the interaction, Miles Perkins, Head of Brand Management at Triumph Motorcycles, stated the current-gen Rocket 3 has elicited a positive response in India, with 130 units of the power cruiser sold till date since its launch in December 2019. Germany, the US, France and the UK are the Rocket 3’s biggest markets.

With the world fast shifting to electric mobility, the Rocket 3 is something of an anomaly in today’s times. Responding to a question by Tech2 on whether the Rocket 3 could make the transition into an all-electric model in the future, Perkins refused to divulge any details, but said an electric Rocket could be an “exciting” proposition. In a previous media interaction, Triumph had confirmed it will soon make an announcement about its electric two-wheeler project. In 2019, Triumph had announced the ‘Project TE-1’, under which it would collaborate with Williams Advanced Engineering, Integral Powertrain Ltd, and WMG, at the University of Warwick to develop technology for future electric two-wheelers.

US touches 500,000 deaths from COVID-19, what lessons have they learnt from the pandemic?- Technology News, FP