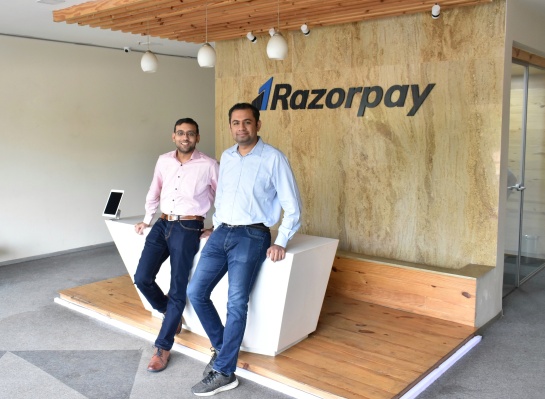 Razorpay has more than doubled its valuation to $7.5 billion from $3 billion in April as one of India’s largest fintech giants demonstrates fast growth and aggressively broadens its product offerings.

The Bangalore-headquartered startup, which is a market leader in payments processing in India, said Sunday evening it has raised $375 million in its Series F financing round. The new round, which brings more capital to the startup than all its other previous financings put together, was co-led by Lone Pine Capital, Alkeon Capital and TCV.

Existing investors Tiger Global, Sequoia Capital India, GIC and Y Combinator also participated in the new round, said Razorpay, which has raised over $740 million over the past seven years.

Razorpay accepts, processes for — and disburses money to — small businesses and enterprises. It also operates a neobanking platform, through which it offers credit cards and working capital to businesses. It also offers an international payments gateway that supports over 90 currencies.

Some of its other offerings include helping businesses with collating tax and compliance disbursements, generating payment links that can be shared via email or through instant messaging services, subscription plans with automated recurring transactions on various payment modes, and automatic reconciliation of incoming transactions using virtual accounts and UPI IDs.

The startup — whose offerings are similar to those of Stripe, the global payments giant that has little to no presence in India — has also entered a few nations in Southeast Asia in recent years.

Razorpay, which processes $60 billion in transactions annually (up from $5 billion in 2019), says it has amassed over 8 million businesses including Facebook, Swiggy, Cred, National Pension System and Indian Oil among its customers. Of the 42 startups that have become unicorns in India this year, 34 of them use Razorpay.

“Our payments business continues to keep getting stronger. In the last one and a half years, we have also been able to prove our thesis on neobanking and lending,” said Harshil Mathur, co-founder and chief executive of Razorpay, in an interview with TC this week.

“We want to ensure that when you start a company, and sign up with Razorpay, we do everything for you on the financial side — from opening a bank account to building payments and disbursals and salary payouts. You don’t have to step out and use multiple tools,” he added. As these businesses grow, Razorpay grows with them, he said.

Mathur and Shashank Kumar (co-founder of Razorpay) — pictured above — met at IIT Roorkee college. At the time, small businesses in India faced a myriad of challenges in accepting money digitally and existing payment processing firms weren’t focused on catering to the needs of them.

At a $7.5 billion valuation, up from just a little over $1 billion last year, Razorpay is now one of India’s most valuable fintech startups. But getting to this stage hasn’t been easy.

The co-founders struggled to convince bankers to work with them in the initial years of the startup. The conversations were slow and the co-founders felt helpless explaining the same challenges to investors numerous times, they recalled in an earlier interview.

“Over the last seven years, we’ve tirelessly worked toward making Razorpay a technology and product company that is people-first. If there is one thing the Razorpay team has committed to doing since 2014, it is to never stop reinventing,” said Kumar.

The startup plans to continue to focus on expanding its product offerings and also hire over 600 people to fuel its growth in India and Southeast Asia.

But Razorpay, which recently introduced a feature that saves shoppers’ information — password, card details, addresses — during their first purchase and prefills those when they transact with the same business or any other that also uses Razorpay to process its payments, is not looking to offer a consumer-focused neobanking service, Mathur said.

“We might do some consumer-focused stuff, but we want to stay away from pure consumer offerings for two reasons. We don’t see any huge value add that we can bring that other players in that ecosystem aren’t already offering, and also we don’t see anything significant that we can gain by entering that business,” he said.

Razorpay is also gearing up to become IPO-ready, he said, but noted that the startup won’t be exploring the public markets for at least two and a half years.

“With a broad set of products across payments, banking and software that provide a seamless end-to-end experience for merchants (who have been historically underserved by legacy payment providers) and geographic expansion on the horizon, we are thrilled to be partnering with Harshil, Shashank and his team who have continued to execute on their vision. We could not be more excited for the journey ahead.”

Jaguar will become a pure-EV manufacturer by 2025; first all-electric Land Rover due in 2024- Technology News, FP

Nothing Phone (1) will be available on open sale on 21 July at 7:00 PM, check price, specs and more- Technology News, FP