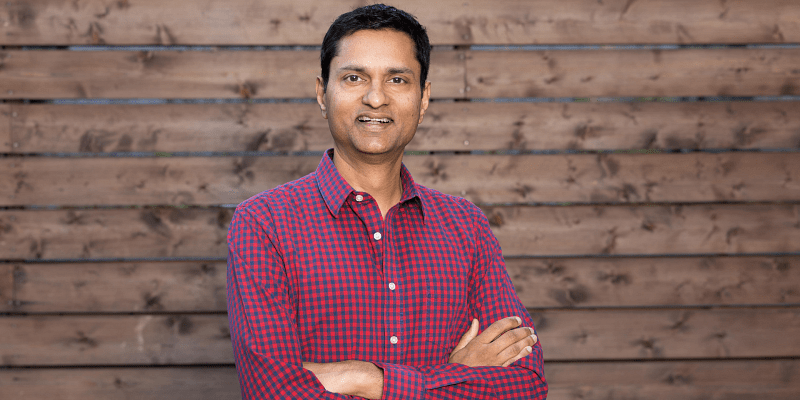 Launched in 2015 with a corpus of $50 million, Silicon Valley-based VC Rocketship.vc closed its second fund in 2020 with a corpus of $100 million. Founded by Anand Rajaraman, Venky Harinarayan, and Sailesh Ramakrishnan, the firm has invested in 54 companies so far, of which 16 are startups from India.

Rocketship.vc chooses its investee companies based on data. It has built a large database of potential startups, and has several metrics to measure their growth. Then, it uses ML to scan this database to find the most exciting companies around the world. But these data points vary across sectors.

For example, when it looks at the B2B SaaS market, it chooses a company not based on the number of people who have tried the application or have visited the website, instead, the algorithm looks at the quality of people that they have hired.

In a conversation with YourStory, Anand, who has been an angel investor, entrepreneur, and tech-thinker for three decades now, says he believes in ideas.

“Entrepreneurs are the ones on the ground and they are the ones who figure out the opportunity. That’s what excites me.”

Here are the excerpts from his interview.

YourStory (YS): You have been in the US for three decades now, but you started from Chennai. What has changed about India?

Anand Rajaraman (AR): Nobody could have predicted what would have happened in 2020. In a country like India, there is a lot happening in business and technology. Thanks to smartphones, “access” has been democratised.

The adoption curve of online services has just increased. What would have taken a few years has accelerated over the last year. Look at the way people have adopted ecommerce and have used online government services. It has been remarkable and I believe we have to invest in these access solving businesses.

Data shows that India is the epicentre of global consumer adoption. In the US, it is mostly B2B startups and technologies such as AI. In India, the consumer sector is growing fast and this is why I believe in companies that are democratising “access” in smaller towns. The “Serve Bharat” trend is very real.

India has leapfrogged the US in payments. It takes a click to transfer money between two parties, while it takes two days here. Emerging economies can leapfrog the US for sure.

I also believe Aadhaar is the way forward. Look at the way vaccines will be provided based on Aadhaar; information is being sent to your mobile phones and you are asked to take the vaccine.

It’s an organised way of getting things done. This form of administering the vaccine has not happened even in the US. Here, we have a 30-year-old system, and we’re only now thinking of modernising the infrastructure. Technology, I believe, can change emerging markets rapidly.

YS: Tell us why you think entrepreneurship is growing so rapidly in India.

AR: When I dropped out of my PhD programme to set up Junglee in 1996 in the Valley 25 years ago, the world was a very different place. We were one of the earliest companies in the internet technology space. At the time, we had to buy our own servers that were so expensive. The hardware was so sensitive that if a truck went by outside, the hard disk would crash.

Those days, each startup had to source their own hardware and if one ordered a new one, it would take a month to come home. It was tough to do any business. Startups these days don’t have such problems. Today, you have the cloud and you can immediately start your services.

We had to build our own software stack from scratch. Today’s software is open-source — it is pre-packaged and containerised; one can just pick and build things. You don’t have to solve the basic elements today.

I teach computer science and a lot of students come and ask me about the kind of algorithms that one must use. I tell them not to worry about the algorithm. Instead, they have to have the data to apply algorithms.

You don’t have to build algorithms from scratch; you can buy them off the shelf. An engineer or entrepreneur needs to understand the problem that they are solving.

YS: Where do you think entrepreneurs and policy will find common ground when it comes to data protection?

AR: In terms of data protection, governments do have a role. They have to create the policy and work with modern engineer entrepreneurs to understand how data is used and how it protects consumers.

Instead of micro-regulating, governments should work with entrepreneurs to ensure that the consumer is protected. Technology will always outpace policy. Look at Uber and Airbnb, and the impact that they made and how policies had to change.

GDPR has de facto become the regulation to look up to across the world. Each country is coming up with its own solution to data privacy.

YS: Talk about your India investments. How are they significant?

AR: We chose solutions that solve for Bharat. Khatabook serves small merchants in thousands of cities across India. It’s a mobile-first solution and is perfect for all merchants who want a system of record on their smartphone.

We invested in Apna, a job platform for blue and grey-collar workers. It was processing 30,000 interviews a day and is growing very fast. We have also invested in Animall, a marketplace to buy and sell dairy cows; and well-known startups like Mad Street Den, Locus, Yulu, and NoBroker.

I also want to bring in edtech startups as it became such a global phenomenon last year. We have already invested in a couple of US-focused edtech companies.

YS: Why do you think India has been able to bring out such great ideas over the last five years?

AR: What is interesting for me is that founders are coming from smaller towns. Earlier, most came from Bengaluru, Chennai, or Hyderabad. Things have changed now. In days, I have met founders from Udaipur, Patna, and Rameshwaram.

I am going to draw parallels with cricket. Today, a lot of the talent is coming from smaller towns. This is why India is the top cricketing nation in the world. Similarly, in the startup world, we are drawing from people from different states and cities; this large pool of talent has made entrepreneurs blossom across the country.

Startups from the US are building teams in India because of the talent. And it’s also vice versa; the idea starts in India and the founders move to the US.

YS: What would you like to see more of in the Indian startup ecosystem?

AR: The only thing that I would like to see more often from an Indian perspective is several smaller exists in the range of $200-300 million because there aren’t many acquirers in India.

In the US, you see unicorns, IPOs, and several $100-million exits each year.

Once there are a few IPOs in India, those listed companies will perhaps buy other startups. I would tell startups founders in India to build great companies without having to worry about building a unicorn.

There will be a dozen IPOs from the startup world in a year or two in India. For many years, Silicon Valley was the only interesting place for startups. Today, there so many startup ecosystems globally. Until 2013, only Israel, the US, and China would create unicorns.

how these entrepreneurs are monetising Indian culture and crafts

WeWork to go public via SPAC merger at $9B valuation; deal to close in Q3