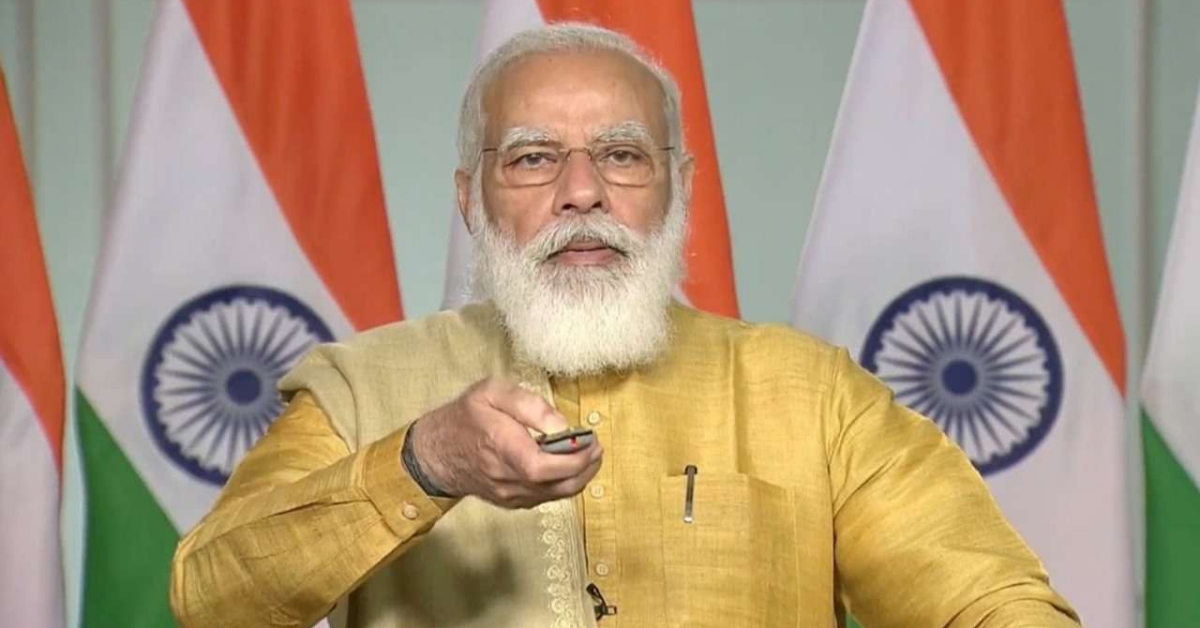 Noting the diversity of startups across India, the Prime Minister said about 50% of startups are from Tier-2 & 3 cities

More than 13,000 startups are registered on the GeM Portal and have done business worth INR 6,500 Cr on the portal, he said

Indian startups are fast turning into unicorns with every seven to eight days a new unicorn is born in this country, said Prime Minister Narendra Modi.

The number of startups in India has now grown to 70,000 from a mere 300 to 400 in 2014 when his government was formed, Modi said after launching the Madhya Pradesh government’s ‘Startup Policy 2022’ during the state startup conclave in Indore, according to an official statement.

The Prime Minister said that in a short period of eight years, the startup story of the country has undergone a massive transformation. The issues related to startups used to be rarely discussed before his government came into power, however these have become a major part of discussions today, he said.

This change is not fluke but is a result of a well thought out strategy, the Prime Minister added.

Noting the diversity of startups across India, he said about 50% of startups are from Tier-2 & 3 cities. They are associated with more than 50 industries, giving solutions to real world problems.

He talked about the three-pronged approach that pushed the sector by creating a roadmap ranging from idea to innovation to industry.

First part of this strategy was about the idea, innovation, incubation and industry. Institutions related to these processes were created and strengthened, he said.

The second part was about easing the government regulations. The third was changing the mindset for innovation by creating a new ecosystem. Keeping this in mind, steps like hackathons were initiated. About 15 Lakh youngsters have been involved in this hackathon movement creating an ecosystem for startups, he informed.

The launch of Startup India seven years ago was a big step in turning ideas into innovation and taking them to industry. One year later, the Atal Innovation Mission was launched to set up Atal Tinkering Labs in schools and incubation centres in higher education institutions, he said.

More than 10K schools have these Tinkering Labs facilities and more than 75 Lakh students are exposed to these labs. Similarly, the National Education Policy also promotes innovation, he said.

Referring to the drone sector, he said reforms carried out in the space; mapping drone segments will open new opportunities for startups.

To improve the ease of bringing startup products to the market, the Government eMarketplace (GeM) portal was established. More than 13,000 startups are registered on the GeM Portal and have done business worth INR 6,500 Cr on the portal.

Pointing to sectors where startups can play a major role, he said that Digital India offered a major push for the development of startups and opening of new markets.

Startups can play a role in developing the tourism sector, boosting Vocal for Local, helping tribals to bring their handicrafts and products to markets, he said.

He further said the government is giving a big push to the gaming, toys and sports industries. More than 800 Indian startups are involved in the sports sector presently, the Prime Minister said.

The PM also interacted with a few entrepreneurs based in Madhya Pradesh on this occasion to learn about their startups’ stories.

Interacting with Tanu Tejas Saraswat, founder of ShopKirana, an online store to organise Kirana stores, the PM enquired about his background and also how many kirana stores were linked to his startup and why he chose Indore to start his startup.

B2B startup ShopKirana raised around $40 Mn in its Series C round of funding in January 2022.

Founded in 2015 by Saraswat, Deepak Dhanotiya, and Sumit Ghorawat, ShopKirana provides a platform for connecting individual retailers directly with suppliers.

The PM also interacted with Indore-based agritech startup Gramophone’s founder Tauseef Ahmad Khan, among others. Gramophone claims to be building an intelligent farming platform, where farmers can get access to a wide variety of inputs and implements, such as seeds, fertilisers, nutrients, pesticides, and other farming equipment.

Khan informed the PM about the ways of doing soil testing and sharing the report digitally with the farmers.

Flipkart To Cap Sellers’ Business At 5% To Avoid Govt Scrutiny

Visa Looking To Invest In Fintech Startups For B2B Payments

How the company became one of the largest insurance selling portals