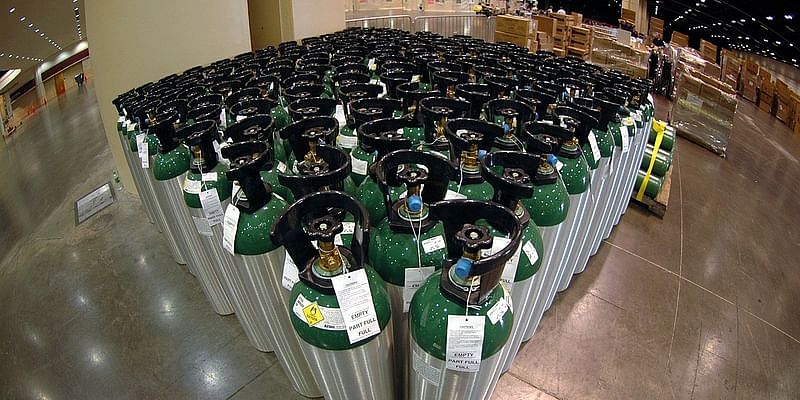 A group of small and medium Indian technology companies and a defence PSU have joined hands to manufacture oxygen concentrators based on an open source design project Marut, initiated by robotic and automation startup Technido to meet the immediate need of patients and reduce dependency on imports.

According to the companies involved in the project, the oxygen concentrator (OC) with 10 litres per minute flow with purity of above 93 percent and capability to operate round-the-clock can be retailed at about half the price of imported units in the range of Rs 65,000-70,000 per piece.

Commercial rollout of the product is expected by the third week of June.

Technido took the reference design for the oxygen concentrator from Oxikit Open Source OC project, which claims to have been validated by Tata Consulting Engineers to produce a capacity of 20 litres per minute flow with 94 percent purity.

“We modified the reference project design that can be easily adopted by Indian technology companies for manufacturing it locally. We simplified the architecture and component design so that machines can be assembled using locally available parts.

The project attracted an initial investment from Indore-based Dee Tee Industries and Group Chairman Manohar Baheti for research and development.

Baheti is also funding a firm, Cutting Edge Medical Devices, to make some OCs based on the Marut design for donating them into hospitals and COVID-19 care centres in small towns.

Dev said five-six companies are utilising the design to manufacture OCs locally and some have come to further assist the project as per their expertise.

“One of the defence PSUs has also adopted the design for manufacturing OC. They are planning to make 20,000 OCs within six to eight weeks.

“We are supporting them with whatever expertise we have,” Dev said, adding that the name of the defence PSU cannot be disclosed due to some restrictive protocols.

Indore-based electronic manufacturer Rudrakhsa Technology has offered its assembly lines for manufacturing the OCs, while Cutting Edge Medical Devices is lending expertise to get the product certified.

“We expect oxygen concentrator with 10 litre flow with 24 hour operation capability can be retailed in the range of Rs 60,000-70,000 per unit, which can be further lowered if they get bulk order in advance as entities from India are giving it to foreign firms,” Rudraksha Technology Managing Director Amit Gupta said.

He said the prices of components required for making OC are expected to stabilise in two weeks and then exact rates can be calculated.

At present, an oxygen concentrator with a 10-litre flow capacity is available online for over Rs 1.3 lakh, while companies importing the units in bulk are getting it for around Rs 60,000-65,000 per piece.

“The current bill of material (BOM) for a single OC unit is Rs 21,711. This is the cost incurred to develop the first prototype.

“If we buy for a batch of 100 units, BOM should go down by at least 20 percent. After adding labour and production cost, certification, service, warranty cost etc, it can be easily retailed at a price of Rs 35,000-40,000 per unit,” Dev said.

He added, if the government decides to remove GST on Indian OCs, then it would be quite convenient for end-users.

“We have the capacity to make 300-350 OCs per day if we get financial and market support which foreign firms are getting. It can be further stretched to over 600 units per day,” Gupta said.