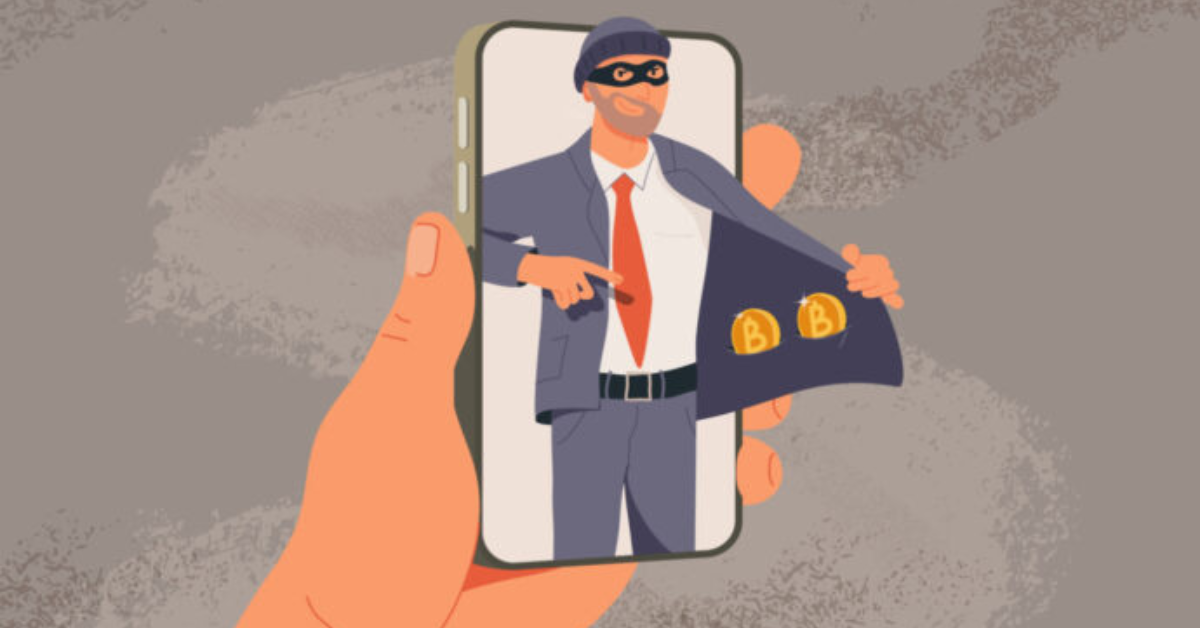 As investors shift their focus to the lucrative cryptocurrency markets, scammers and cheats turn their attention to them as well: CloudSEK CEO

Cybersecurity company CloudSEK has estimated that Indian victims have lost up to INR 1,000 Cr in various cryptocurrency scams so far.

“As investors shift their focus to the lucrative cryptocurrency markets, scammers and cheats turn their attention to them as well. We estimate that threat actors have defrauded victims of up to INR 10 Billion via such crypto scams,” CloudSEK chief operating officer (CEO) Rahul Sasi said.

As part of its ongoing operation against fake cryptocurrency exchanges, CloudSEK said it uncovered a gamut of phishing domains and Android applications, with the keyword ‘CoinEgg’, that were used to dupe the victims.

“This large-scale campaign entices unwary individuals into a huge gambling scam. Many of these bogus websites impersonate CoinEgg, a legitimate UK-based cryptocurrency trading platform,” the cybersecurity firm said in a release.

The platform began its probe after it was approached by a victim who lost INR 50 Lakh in one such scam.

The company said that the fake crypto exchanges operated in a phased manner to dupe victims. These fake exchanges apparently registered fake domains that impersonated legitimate trading platforms. According to CloudSEK, these platforms emulated the dashboard and user experience to lure the victims.

The cybercriminals also created fake social media profiles under female aliases to lure victims and entice them into investing in cryptocurrencies. Afterwards, these so-called handles would share a $100 credit with the victim of the duplicate crypto exchange.

The victim would initially gain higher returns from the credit, post which the scammer would convince them to invest a higher amount, promising better returns. Once the victim added their own money to the wallet, the scammers would freeze the account and decamp with the money.

Victims of the phishing websites were told to pay 22% of their earnings as tax before they could reclaim their funds. It would also add a condition of ‘imposition of deposit’ on the victim, if the earnings crossed $250K. The platforms perpetrating the scam would then order a permanent freeze of the account if the two conditions were not met.

Some victims were also duped afterwards under the ruse of investigation. CloudSEK found that the same or a new set of scammers would then approach the victims, offering their assistance in retrieving the frozen assets. These cybercriminals would then collect other confidential information such as bank details and email id to perpetrate other crimes.

The probe by the Singapore-based company also found that once a fake domain was taken down, the threat group would keep communicating with unsuspecting victims, redirecting them to alternate domains to access the fake crypto exchange.

According to an Inc42 analysis, investors across the globe lost more than INR 72,000 Cr in 12 crypto scams that involved Indians or had Indian-origin founders. From the infamous Bitconnect to GainBitcoin, these scams have shaken investor confidence, with many calling for strict laws to curb such instances.

Banking-as-a-service startup Unit closes on $100M at a $1.2B valuation – TechCrunch