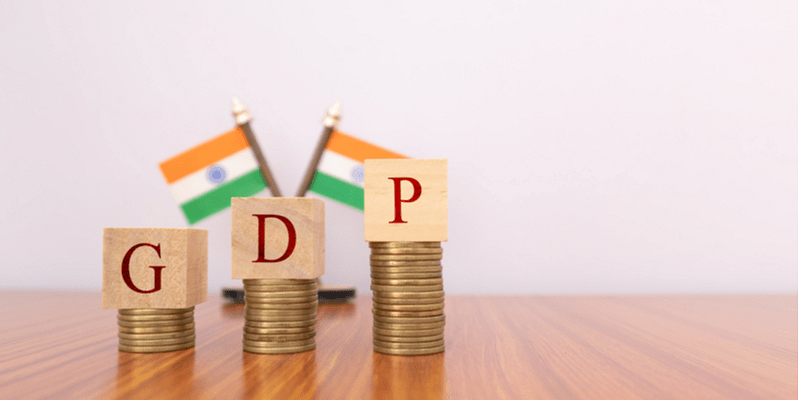 India’s economy grew by 1.6 percent in the fourth quarter of 2020-21, restricting the full-year contraction to 7.3 percent, official data showed on Monday.

The fourth-quarter growth was better than the 0.5 percent expansion in the previous October-December quarter of 2020-21.

The gross domestic product (GDP) had expanded by 3 percent in the corresponding January-March period of 2019-20, according to data released by the National Statistical Office (NSO).

The NSO had projected a GDP contraction of 7.7 percent in 2020-21 in its first advance estimates of national accounts released in January this year.

The NSO — in its second revised estimates — had projected a contraction of 8 percent for 2020-21.

The fiscal deficit for 2020-21 was at 9.3 percent of the GDP, lower than 9.5 percent estimated by the Union Finance Ministry in the revised Budget estimates, according to the CGA data.

Unveiling the revenue-expenditure data of the government for 2020-21, the Controller General of Accounts (CGA) on Monday said the revenue deficit at the end of the fiscal was 7.42 percent.

For this financial year, the Indian government had initially pegged the fiscal deficit at Rs 7.96 lakh crore or 3.5 percent of the GDP in the budget presented in February 2020.

The government, in the revised estimates in the Budget for 2021-22, forecast a higher fiscal deficit of 9.5 percent of the GDP or Rs 18,48,655 crore for the fiscal ended in March due to a rise in expenditure on account of the outbreak of COVID-19 and moderation in revenue during this fiscal year.

The fiscal deficit had soared to a high of 4.6 percent of the GDP in 2019-20, mainly due to poor revenue realisation.

Bombay HC Asks Uber, Ola To Get Licence In Maharashtra By 16th March

Is there no bottom to the SPAC mess? – TechCrunch

All you need to know about Asia’s first-ever Email Excellence Awards, hosted by Asia Inc.500