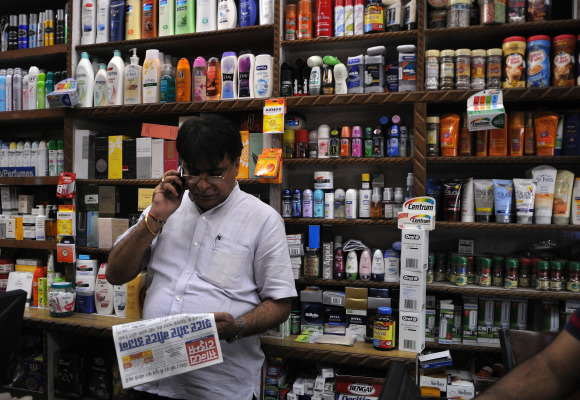 Khatabook, a startup that is helping merchants in India digitize their bookkeeping and accept online payments, said on Tuesday it has raised $100 million in a new financing round as it prepares to launch financial services.

The startup’s new financing round — a Series C — was led by Tribe Capital and Moore Strategic Ventures and valued the two-and-a-half-year-old Bangalore-headquartered startup at “close to $600 million,” its co-founder and chief executive Ravish Naresh told TC in an interview.

As part of the new round — which was oversubscribed and also saw participation of Balaji Srinivasan and Alkeon Capital as well as many other existing investors including Sriram Krishnan, B Capital Group, Sequoia Capital, Tencent, RTP Ventures, Unilever Ventures, and Better Capital — KhataBook said it is also buying back shares worth $10 million to reward its current and former employees and early investors. The startup said it is also expanding its stock options pool for employees to $50 million

Even as hundreds of millions of Indians came online in the past decade, most merchants in the South Asian nation are still offline. These merchants, who run neighborhood stores, rely on traditional ways for bookkeeping — maintaining ledgers on paper — that are both time-consuming and prone to errors.

KhataBook is attempting to change that by providing these merchants with a suite of products to digitize their bookkeeping and manage their expenses and staff. The startup said it has a user in nearly every zip code in India.

“At Tribe, we believe strongly in the power of the network effect and how it can create moats for businesses. Khatabook has successfully built such a network by empowering this seismic shift among MSME businesses to move from paper to digital, literally. Despite its large early success and fast adoption to date, the company is early in its path to power the segment. We’re thrilled to be a part of its growth as it leverages its network to build additional scale,” said Arjun Sethi, co-founder and partner at Tribe Capital, in a statement.

KhataBook has expanded its product offerings in recent years to try to solve a lot of other challenges merchants face. Later this year, Naresh said, the startup will provide lending to merchants. “We are currently testing the product with both retailers and distributors,” he said.

As with scores of other firms, the pandemic was not good news for KhataBook, which lost a significant portion of the business last year after Indian states enforced lockdown to restrict mobility. But the startup has since bounced back. The month of July, said Naresh, was its all-time high. “MSMEs have come back very strongly and businesses were not as impacted by the second wave this year as they were by last year’s,” he said.