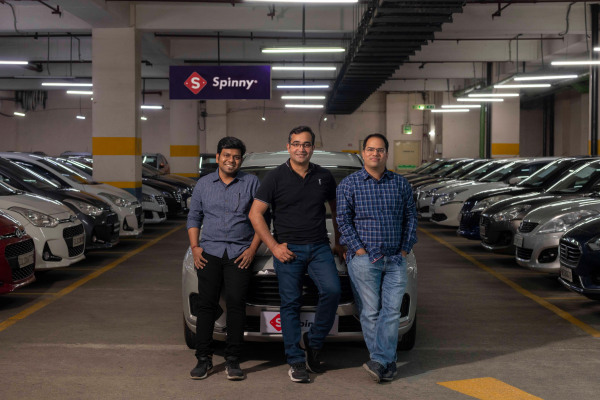 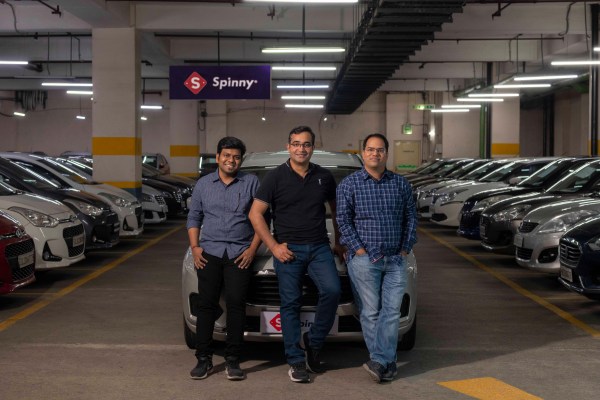 Hundreds of thousands of used cars are sold in India each month. But buying one through the offline and traditional channel could prove to be a painstakingly long and high-risk process.

A Gurgaon-based startup that is attempting to improve this experience said on Thursday it has raised a new financing round.

The round, which brings Spinny’s to-date raise to more than $120 million, valued the startup at about $350 million, up from about $150 million a year ago, a person familiar with the matter told TC. The startup declined to comment on the valuation.

Spinny operates a platform to facilitate the sale and purchase of used cars. One of the biggest challenges people face in buying a used car is the trust factor, and Niraj Singh, co-founder and chief executive of Spinny, says the startup’s thorough and transparent inspection of the car, buying it from the owner and then selling it to customers is addressing those concerns.

The startup says it is removing the traditional middlemen from the equation, thereby making it more affordable and reliable for customers to buy a used car. If a customer is not satisfied with the car they purchased from Spinny, they get a full refund, he said.

Spinny began its journey as a marketplace for used cars, but Singh said the startup has expanded its offerings to become a full-stack platform.

Days after one of my previous conversations with Singh, New Delhi announced a months-long lockdown in the nation as it moved to contain the spread of the coronavirus pandemic. Singh said the pandemic did hurt Spinny’s business for a few months, but the startup has long recovered its pre-pandemic growth figures.

The pandemic made many cautious about taking an Uber or Ola ride, and explore buying their own cars, which accelerated the growth, said Singh. It also significantly reduced the CAC (customer acquisition cost) for Spinny, he added.

“We believe Spinny is uniquely positioned to tap this opportunity — given their compelling leadership and their real market momentum. As long time investors, we’ve been impressed by how Spinny is reinventing every part of the buying process — injecting trust and safety into every aspect of the customer experience,” said Adam Valkin, general partner at General Catalyst, in a statement.

Spinny, which was operational in five Indian cities last year, plans to expand to 15 cities by the end of 2021, and also deploy part of the fresh fund to broaden its full-stack platform, said Singh.

“Spinny has become India’s most trusted used car brand and is on its way to becoming India’s largest as well. It’s heartening to hear customers describe the experience of buying a used car from Spinny being better than that of buying a new car. This has been made possible because of Niraj and the entire Spinny team’s customer obsession and relentless execution. We are privileged to be their early partners and super excited to double down in this round,” said Mukul Arora, partner at Elevation Capital, in a statement.

a snapshot of the startup ecosystem of Accra

Policybazaar Files INR 6000 Cr DRHP With SEBI For Its IPO